Germs are all around us, both in our environment and in our bodies. When a person is susceptible and they encounter a harmful organism, it can lead to disease and death.

The body has many ways of defending itself against pathogens (disease-causing organisms). Skin, mucus, and cilia (microscopic hairs that move debris away from the lungs) all work as physical barriers to prevent pathogens from entering the body in the first place. When a pathogen does infect the body, our body’s defences, called the immune system, are triggered and the pathogen is attacked and destroyed or overcome.

A pathogen is a bacterium, virus, parasite or fungus that can cause disease within the body. Each pathogen is made up of several subparts, usually unique to that specific pathogen and the disease it causes. The subpart of a pathogen that causes the formation of antibodies is called an antigen.

The antibodies produced in response to the pathogen’s antigen are an important part of the immune system. You can consider antibodies as the soldiers in your body’s defense system. Each antibody, or soldier, in our system is trained to recognise one specific antigen. We have thousands of different antibodies in our bodies. When the human body is exposed to an antigen for the first time, it takes time for the immune system to respond and produce antibodies specific to that antigen. In the meantime, the person is susceptible to becoming ill.

Once the antigen-specific antibodies are produced, they work with the rest of the immune system to destroy the pathogen and stop the disease. Antibodies to one pathogen generally do not protect against another pathogen except when two pathogens are very similar to each other, like cousins. Once the body produces antibodies in its primary response to an antigen, it also creates antibody-producing memory cells, which remain alive even after the pathogen is defeated by the antibodies. If the body is exposed to the same pathogen more than once, the antibody response is much faster and more effective than the first time around because the memory cells are at the ready to pump out antibodies against that antigen.

This means that if the person is exposed to the dangerous pathogen in the future, their immune system will be able to respond immediately, protecting against disease.

Vaccines contain weakened or inactive parts of a particular organism (antigen) that triggers an immune response within the body. Newer vaccines contain the blueprint for producing antigens rather than the antigen itself. Regardless of whether the vaccine is made up of the antigen itself or the blueprint so that the body will produce the antigen, this weakened version will not cause the disease in the person receiving the vaccine, but it will prompt their immune system to respond much as it would have on its first reaction to the actual pathogen.

Some vaccines require multiple doses, given weeks or months apart. This is sometimes needed to allow for the production of long-lived antibodies and development of memory cells. In this way, the body is trained to fight the specific disease-causing organism, building up memory of the pathogen to rapidly fight it if and when exposed in the future.

Vaccinating not only protects yourself, but also protects those in the community who are unable to be vaccinated. If you are able to, get vaccinated. 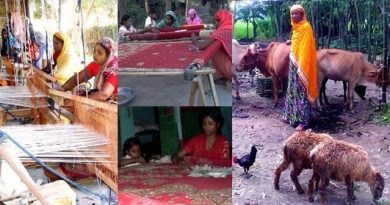 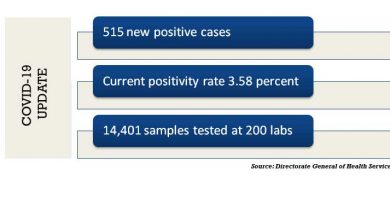