Canadian investing app Wealthsimple Trade is labelling some stocks as “risky” after a volatile week for shares of GameStop, BlackBerry and other companies favoured by self-directed retail investors.

The GameStop stock page on Wealthsimple’s trading app advises users that the ticker, GME, is considered risky and that traders should expect high volatility.

The Toronto-based robo-adviser suggests that investors who want to trade the stock place a limit order with a set price, as opposed to agreeing to buy or sell at whatever the market price is at the time.

AMC Entertainment and BlackBerry stocks also carry a warning on the app after prices whipsawed this week, posting steep gains or losses from day to day.

GameStop share prices have been on a wild ride this week because of a fight between self-directed retail investors buying up the company, and short sellers on Wall Street who bet heavily against it.

Other companies, including movie chain AMC, confectionery company Tootsie Roll, phone maker Nokia and even Canadian tech company BlackBerry have been swept up in the furor with huge stock price moves from hour to hour and day to day.

Wealthsimple has said it will not restrict trading on certain securities, after TD said it would increase margin requirements for short-selling and uncovered options for a handful of volatile names.

Royal Bank confirmed to CBC News on Friday that its brokerage will no longer allow customers to buy GameStop on margin.

“Just remarkable levels of interest obviously being driven by a few names in particular,” he told the CBC.

Katchen says the company does feel “like we have a responsibility … to remind clients of the risk involved in speculation in the stock market [so] we sent an email to our clients yesterday reminding of these things.” 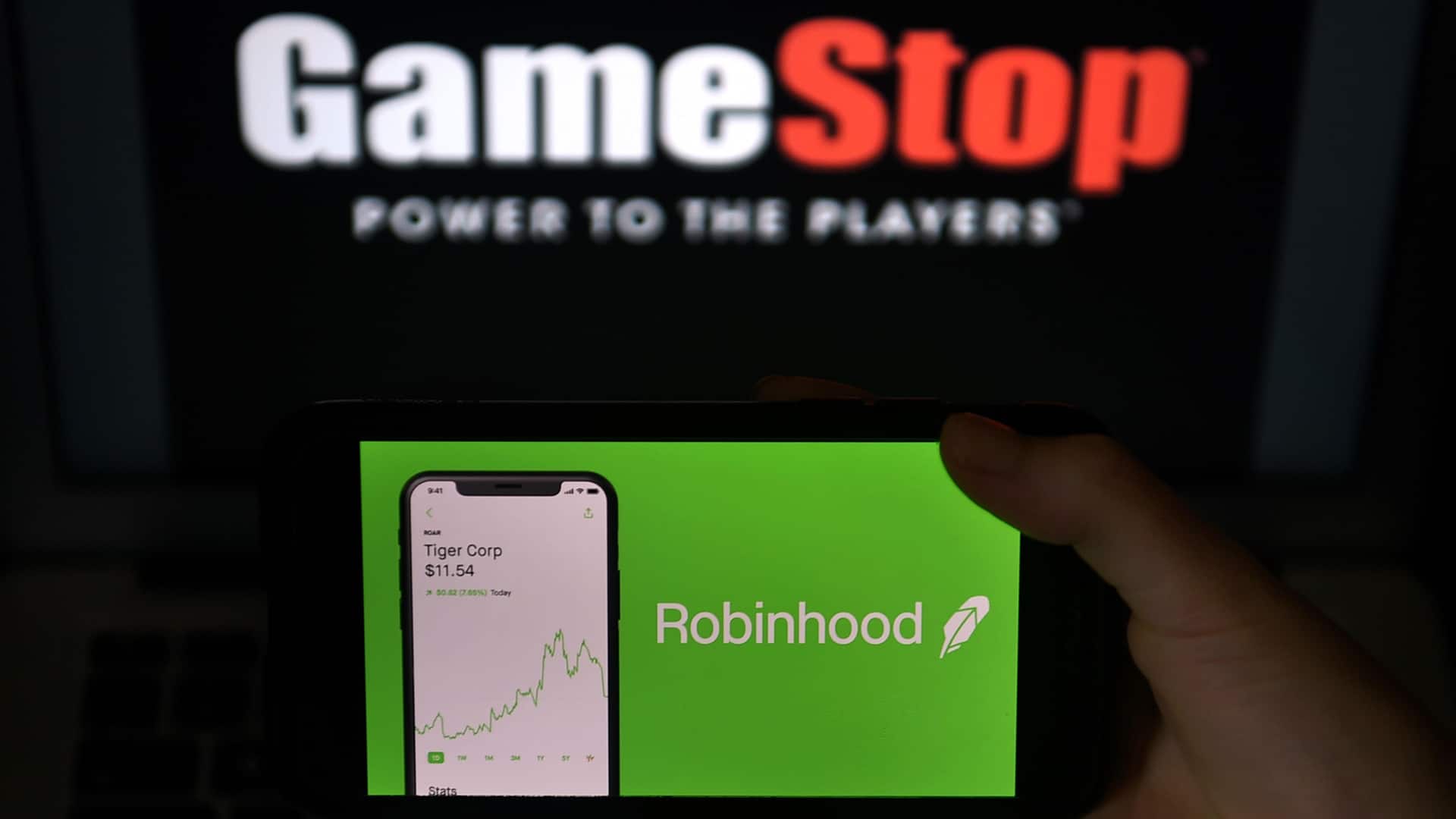 The price of GameStop stocks has been volatile after some brokerages restricted trade. A former U.S. Securities and Exchange Commission attorney says the ongoing saga ‘starts to put into doubt’ metrics used for companies’ valuations. 8:19

“People need to understand that before they jump in based on emotion and this fear of missing out,” Katchen said. “In my judgment, that’s not usually a smart and thoughtful way to invest.”

Robinhood, a stock trading app in the U.S., has been hit by a class action lawsuit on behalf of its customers, many of whom owned GameStop shares, and wanted to continue to trade them without any limitations.

Robinhood moved to allow some types of trading again on Friday, but the app has faced serious reputational damage for limiting trading in the volatile stocks.

Retail investors may have an ally in the U.S. stock regulator, the Securities and Exchange Commission, which warned on Friday that it will “review actions taken by regulated entities that may disadvantage investors or otherwise unduly inhibit their ability to trade certain securities.

“In addition, we will act to protect retail investors when the facts demonstrate abusive or manipulative trading activity that is prohibited by the federal securities laws,” the regulator said in a statement.

“If the SEC doesn’t investigate, there will be lots more questions and criticism of the agency,” she said.

Retail investors on the prominent Reddit group that started the saga allege that it is short sellers who are the ones doing illegal activity by engaging in so-called “naked shorts” — selling stocks that they do not have the capacity to deliver or replace from where it was borrowed.

“The brokers were forced to take action because they would be in the firing line if an unsophisticated investor loses money,” he said.