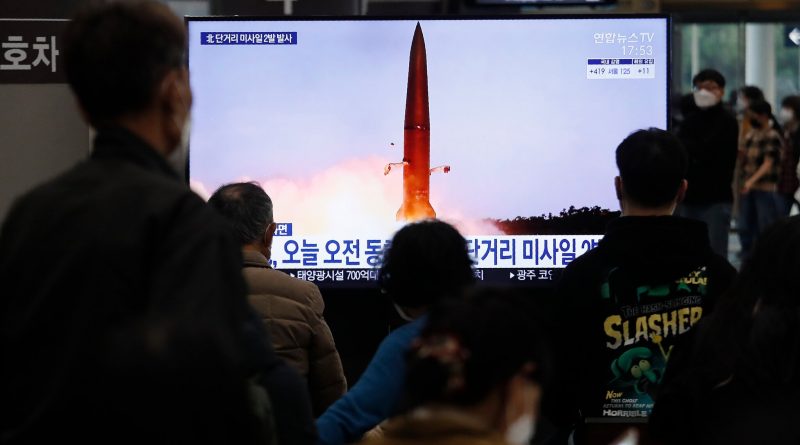 Pyongyang’s recent ballistic missiles test indicated that the country is once again raising tensions to gain leverage with Washington.

SEOUL — North Korea issued warnings for more than a week. It swore that the Biden administration would pay a “price,” accused it of raising “a stink” on the Korean Peninsula and called Washington’s effort to open a channel of communication a “trick,” vowing to deal with the United States “power for power.”

Now, it appears that North Korea is done talking.

On Thursday it delivered its latest warning by launching two short-range ballistic missiles off its east coast — the first such test by the country in a year and its first significant provocation against the United States under President Biden.

The launch, which defied the United Nations Security Council’s ban on ballistic missile tests by North Korea, indicated that the country was once again resorting to a show of force, raising tensions to gain leverage as the Biden administration finalizes its North Korea policy review. The test was also seen as a signal to Washington that Pyongyang will carry out more provocative tests, involving longer-range missiles, if it decides that Mr. Biden’s policies are unreasonable.

“North Korea uses weapons tests strategically, both to make needed improvements to its weapons and to garner global attention,” said Jean H. Lee, a North Korea expert at the Woodrow Wilson International Center for Scholars. “With the United States hinting that it will seek to tighten the sanctions regime, North Korea will be looking to expand its arsenal by ramping up testing.”

The Biden administration has been reviewing whether to deal with North Korea’s growing nuclear and missile threats with more sanctions, a new round of dialogue or a mix of both. As the policy review continues — and the possibility that the Biden administration will abandon the summit diplomacy of President Donald J. Trump grows — North Korea appears to be “returning to a familiar pattern of using provocations to raise tensions,” Ms. Lee said

The North’s maneuvers leave the Biden administration with a difficult choice. Even if it engages North Korea with another round of negotiations, there is no guarantee that the country will give up its nuclear arsenal, which has continued to expand in recent years.

In October, North Korea displayed what appeared to be its largest-ever intercontinental ballistic missile during a nighttime military parade in Pyongyang. North Korean hackers stole $316.4 million between 2019 and November 2020, attacking financial institutions and virtual currency exchanges to raise money for its weapons programs, according to U.N. diplomats familiar with the matter.

American officials fear that North Korea would simply use more talks to buy time to perfect its nuclear capabilities. But more pressure from the United States is bound to prompt North Korea to attempt more provocative missile launches, and possibly push the Korean Peninsula to the brink of war, as it did in 2017.

The regime in Pyongyang, which sees its leader, Kim Jong-un, as a godlike figure, responds strongly to any possible slight from the United States. The ballistic missile test on Thursday came a day after senior United States officials dismissed an earlier North Korean missile test as “normal military activity.”

“This latest North Korean missile launch is most likely a reaction to U.S. President Joe Biden’s downplaying and seeming to laugh off their weekend missile tests,” said Harry J. Kazianis, senior director of Korean studies at the National Interest in Washington. “The Kim regime, just like during the Trump years, will react to even the slightest of what they feel are any sort of loss of face or disparaging comments coming out of Washington.”

North Korea conducted its last major weapons tests in late 2017, when it launched an intercontinental ballistic missile that it said was powerful enough to deliver a nuclear warhead to the United States. It then abstained from missile tests as Mr. Kim engaged in diplomacy with Mr. Trump.

After a Kim-Trump summit collapsed without a deal in Hanoi in February 2019, North Korea resumed a series of short-range ballistic missile tests from May 2019 until March of last year, when the tests were halted amid the coronavirus pandemic. Mr. Trump dismissed those short-range tests, touting North Korea’s self-imposed moratorium on long-range missile and nuclear tests as one of his biggest foreign policy achievements.

As details of the Biden administration’s North Korea policy are made available in the coming weeks, North Korea is likely to resume raising tensions, analysts said. 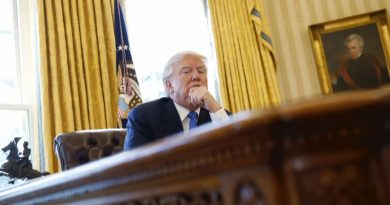 House Democrats to send article of Trump impeachment to U.S. Senate on Monday 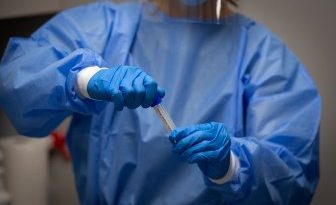