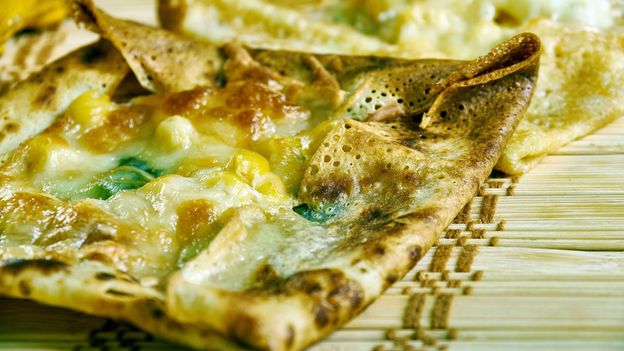 “Pole pole.” Slowly. Spend a few days in Tanzania and you’ll hear the Swahili expression more often than you can count – when you’re trying to climb Mount Kilimanjaro at a steady clip, perhaps, or anytime you need a nudge to remind you to enjoy the more languid pace of coastal life in the East African nation. In this particular instance, the words came courtesy of a food vendor at Zanzibar’s Forodhani Gardens night market – a gentleman who’d anointed himself “Mr Nutella” – to caution me when I bit so enthusiastically into my piping-hot Zanzibar pizza that I singed my tongue and let out a yelp.

The only thing I knew for certain: this pizza had no relation to any kind of pizza I’ve ever known

My eagerness to dig in was understandable, considering the years of anticipation that had culminated in this exact moment. I first heard about the curiously named Zanzibar pizza more than a decade ago, when a friend returned from a bush-and-beach holiday in Tanzania and regaled me with tales of evening feasts at Stone Town’s seafront Forodhani Gardens, the setting of nightly post-sunset street food extravaganzas. A highlight, she told me, was the Zanzibar pizza, a greasy disc of dough stuffed with a hodgepodge of ingredients, which, when combined, suggest a patchwork of flavours and origins that rarely collide anywhere else in the world.

For years, I tried plotting a trip to this semi-autonomous archipelago in the Indian Ocean to try it for myself. The idea of this dish lodged itself into a corner of my mind and nested there ever since, inspiring a mild case of culinary fernweh, a pain to see far-flung places. Yet, instead of longing for a faraway place I’ve never been, I found myself craving a dish I’d never tasted. The only thing I knew for certain: this pizza had no relation to any kind of pizza I’ve ever known.

“It looks nothing like Italian pizza and it tastes nothing like Italian pizza. Which pizza has mayonnaise or cream cheese?” Miriam Malaquias, a self-made Swahili chef and author of the Taste of Tanzania cookbook, asked with a laugh. Puzzling name and composition aside, Zanzibar pizza’s ubiquitousness at Forodhani reveals just how beloved it has become by locals and tourists alike in recent decades.

I’d arrived in Zanzibar at the onset of its sodden rainy season, and my first attempt to fulfil this decade-long dining desire was a washout, as unrelenting storms drove me back to the confines of my hotel. When I returned to Forodhani a few days later, on the first night of Ramadan, the rains were less daunting and the scene was far more festive: The ambrosial soundtrack of sizzling meat filled the air as hundreds of locals crowded the stands, lining up to order chicken shawarmas; glistening skewers of charcoal-barbecued mishkaki beef; steaming bowls of turmeric, mango and grilled meat in a stew called urojo along with cups of pressed sugarcane juice. And, of course, the pizzas: in stall after stall, carefully prepared by vendors with names like “Mr Delicious”, “Mr Big Banana” and “Mr Chocolate”, slabs of stuffed dough landed on oil-slicked pans with a thump.

I left my own lofty pizza expectations to the capable hands of Mr Nutella. My anticipation mounted as he rolled out the dough and dressed it with all that is delicious in life. A layer of minced beef. A sprinkle of finely diced onions, tomatoes and green peppers. A triangle of The Laughing Cow processed cheese, whose pre-cut portions perfectly fit each Zanzibar pizza. A fistful of coriander. A generous dollop of mayo. A dusting of salt and pepper and a heaped spoonful of achari, a Swahili spin on the Indian pickled condiment achaar. And an egg, cracked with a flourish.

Swahili cuisine is a mixture of the Bantu tastes, Arab tastes and Indian tastes

This amalgam of flavours and textures was then folded into a tidy little packet and fried to order. Yes, there was dough and tomato and meat involved, but to label the concoction a pizza seemed to me to be a stretch. The result was more like a stuffed crepe, and, unlike its Italian namesake, this pizza reminded me of mutabbaq, a savoury pancake I grew up eating in Saudi Arabia. Mutabbaq itself has origins in Yemen; at some point it was exported to Southeast Asia, where it’s known as murtabak. Could the Zanzibar pizza actually be a southward-immigrating relative of mutabbaq, I wondered?

To understand the existence of Zanzibar pizza, you must first understand the existence of Zanzibar. For centuries, Zanzibar’s strategic location made it a crossroads for the international slave and spice trade, and the archipelago was vied for by global powers ranging from the Persians to the Portuguese to the Arabs to the English. Centuries of cultural cross-pollination have resulted in East Africa’s Swahili language, culture and cuisine, whose blend of far-flung influences mirror the region’s cosmopolitan ethos today.

“Swahili cuisine is a mixture of the Bantu tastes, Arab tastes and Indian tastes, of all those cultures and the people who colonised us,” said Malaquias. “When traders used to come from India and Oman, they came with their food, and the locals – Tanzanians and people from Mombasa, Kenya – were trying to copy the same recipes. But due to limited ingredients, most of the foods were changed a little bit.”

Centuries of adaptations have resulted in the Swahili Coast’s unique culinary repertoire: I sampled kuku paka (a rich chicken and coconut stew); pilau (the East African variant of the eponymous Arab and Indian rice dish is heady with cinnamon, nutmeg, cloves and cardamom); pweza wa nazi (octopus curry); chips mayai (a hefty egg-and-French fries omelette); and urujo (a sour mango-and-coconut broth brimming with crispy cassava strips, chunks of potato, fried bhajias, mishkaki meat skewers and chilli sauce). While some of these dishes are unique to Zanzibar, others are ubiquitous along the Swahili coast in Kenya and Tanzania. Each bite conveyed a complex history, with ingredients long traded back and forth from Asia and Europe finding kinship on the Zanzibari plate.

You may also be interested in:
• How to make pizza like a Neapolitan master
• Kilimanjaro’s majestic icy giants
• Tanzania’s sanctuary for threatened animals

But while many of these staples of East African repasts trace their origins to centuries-old kitchens along the Swahili Coast, it appears the dish I’d arrived in search of is something of a recent upstart in Zanzibar.

“Nineteen-ninety-seven,” Farid Hamid said with remarkable precision, when asked about the first time he’d heard of Zanzibar pizza. Hamid, a local historian and cultural expert who often works with Stone Town’s storied Emerson Spice Hotel, said this “pizza” is actually a riff on the keema chapati, a popular Swahili street food from neighbouring Kenya – which, in turn, derived its inspiration from the unleavened flatbreads of India. And as far as how it got its name: “A young guy from [the Zanzibari island of] Pemba [working] at Forodhani was making this old street food recipe but didn’t know how to explain it when people asked, and simply called it pizza.”

Hamid said this early prototype only contained onions, eggs and meat, but as the dish caught on in the night market, new variants emerged. “This guy started adding other ingredients, other people started copying and adding their own things.” Today, each stall offers sweet and savoury spins, ranging from octopus or chicken mozzarella to mango or Nutella or banana-chocolate. In the two decades since its introduction to the market, the pizzas have become the hottest-selling item.

In the two decades since its introduction to the market, the pizzas have become the hottest-selling item

The pizza may be a relatively new addition to Zanzibar’s culinary lexicon, but its origin story reflects that of local standbys with much older histories. Mixing and matching flavour profiles from neighbours and itinerant traders then adding their own spin is how Zanzibaris have eaten for centuries, after all. The pizza, it seems, is merely a more contemporary epicurean progression. But what of a possible connection to the mutabbaq of my childhood? It turns out I may not have imagined it. According to Hamid, a generation ago, a dish called mutabakia had a moment in Zanzibar. Hamid remembers it as a similar but blander version of the stuffed crepe.

“It included meat and onion only then,” he recalled. “There’s more imagination now. You make it like [the Indian unleavened flatbread] chapati, pretty much the same way as Zanzibar pizza now.”

Mutabakia could be found in Yemeni quarters of Zanzibar, but now, only older generations will know what you’re talking about if you ask for it,” Hamid continued. “But most will know exactly what a Zanzibar pizza is.”

The pizza Mr Nutella served me that day lived up to everything I’d imagined it to be: the perfect composition of blistering achari and soothing cheese, all commingling with perfectly seasoned ground beef. It’s a rare treat when expectations and reality collide so effortlessly. So, you’ll understand why I was unable to eat it pole pole. 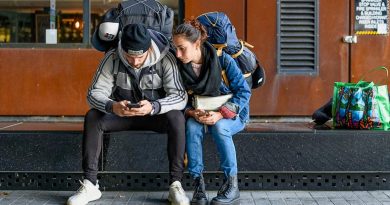 Backpacking is a rite of passage for many. Covid could end it forever 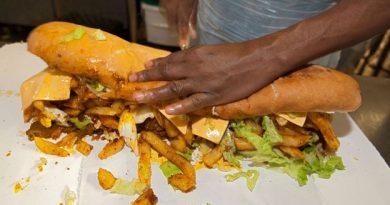