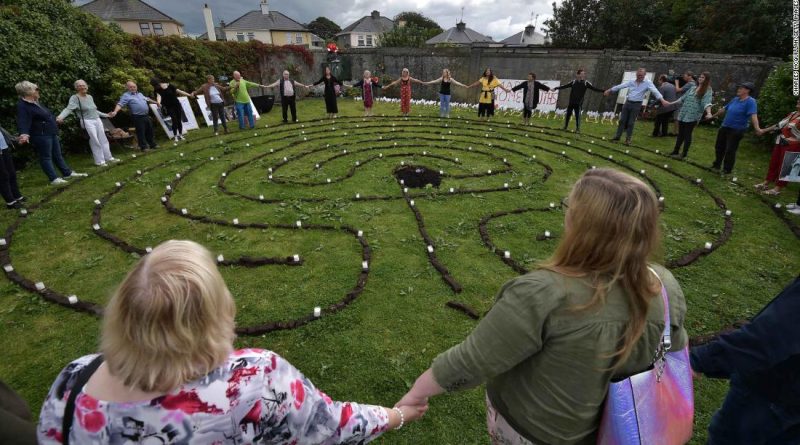 It wasn’t until 2002 that a chat with a friend prompted her to think that it might be time to investigate the circumstances around her birth.

Brown contacted a charity, which pointed her towards a nun it said could help. But she said the nun dodged her calls for months. When she finally picked up the phone, Brown says she was “rudely” told — with no further explanation — that she wasn’t entitled to her personal information, but that she could come for counseling.

“I took it for granted that all I had to do was ask [for my information],” Brown told CNN. “I didn’t realize I was setting off a chain of events that has taken up 20 years of my life.”

Like many of the estimated 57,000 former survivors of those homes, Brown has struggled to find out what happened during her time in one of them.

On Friday, the five-year Commission of Investigation into Mother and Baby Homes and Certain Related Matters — established to investigate what transpired across 14 mother and baby homes and four county homes from 1922 to 1998 — is set to finalize its report. It’s unclear when it will be made public, but the government has said it plans to publish it as soon as possible.

Survivors like Brown have long hoped that the commission would reveal more about allegations of arbitrary detention, cruelty and neglect, forced adoption and vaccine trials that went on inside the homes, as well as hold wrongdoers to account.
They also hoped it would help them to access their personal records, including information about missing relatives and babies buried in unmarked graves.
Now, those hopes have been boosted by a dramatic U-turn from the Irish government on Wednesday evening, less than a week after passing a law that promised to seal the commission’s archive from survivors and the public for 30 years.
Minister for Children and Youth Affairs Roderic O’Gorman had initially said that the law was bound by the Commissions of Investigations Act 2004 “whose purpose is to protect a database created by the commission.”
But following a groundswell of public opposition rallying against the law, the government changed its position, saying that survivors of the homes are legally entitled to access their personal data.

Critics of the law had successfully argued that sealing the commission’s records was illegal under the General Data Protection Regulation (GDPR), an EU directive which gives individuals the right to access their data.

In a statement on Wednesday evening, the government said it “acknowledges and regrets the genuine hurt felt by many people across Irish society,” and that it is “determined to take necessary actions to ensure that these concerns are dealt with in a manner that is timely, appropriate and that the focus is on the needs of victims and survivors.”

A conglomerate of groups representing survivors and survivor advocates warmly welcomed the announcement.

Brown, who was denied access to her own files for decades, is cautiously optimistic.

Brown was born at the notorious Bessborough home in County Cork. She was adopted into a loving family and grew up just a half a mile away from the home, but more than 900 babies born or admitted to Bessborough died in infancy or early childhood, either there or in a nearby hospital.

In an interim report released last year, the commission said it found it “very difficult to understand” that no members of the Sacred Hearts of Jesus and Mary the nuns who ran the home, were able to say where the other graves were.

In the same report, the commission found that 973 children died at, or near, the Tuam mother and baby home. The remains of some of them were found inside a decommissioned sewage tank. Only 50 burial records have been located; others “may have been lost or destroyed over the years.”

The commission also found that between 1920 and 1977, the bodies of more than 950 children who died in some of the homes were sent to university medical schools for “anatomical studies.”

In 2017, as the commission was taking testimony from survivors, Brown says she decided to ask Tusla — the country’s child and family agency — for the rest of her records, since she only had very basic information — including her mother’s name — from a previous attempt to find out about the circumstances around her birth and her time in the home.

The agency sent her a copy of her records, but it was almost entirely redacted — both of her parents’ names were among the blacked-out sections.

It wasn’t until she appeared on television to discuss a play she had written about the search for her birth mother that Brown says the agency admitted it had her father’s name and address; it said it would contact him on her behalf — but only after a further two-and-a-half year waiting period.

“They (Tusla) cost me that time,” Brown said, adding that having to fight for every scrap of information was “a really emotionally battering experience.”

In 2017, when Brown brought her testimony to the commission, she said they insisted her name be anonymized, even though she wanted it on the record.

The commission later told her it would not investigate her story, she said, instead directing her back to Tusla. When the agency learned that Brown had found her parents’ names through a third party, she said a staffer there told her: “Well sure, didn’t it all work out in the end?”

Tusla’s head of communications told CNN before the government announcement that the agency was unable to comment on individual cases, but that it “recognizes the many challenges for people dealing with very sensitive questions in the areas of information and tracing.”

In response to Wednesday’s news, Tusla said that the current legislation “remains very weak,” and that “it is this which has limited the ability of Tusla to respond to questions from people, very understandable questions about their identity and birth parents.” They added that the agency would continue to work with the government to progress legislation in this area.

To avoid future roadblocks like what Brown experienced in her quest for information, advocacy rights groups The Adoption Rights Alliance, Justice for Magdalenes Research and the Clann Project called on the government on Thursday to ensure independent data protection experts will be appointed to assist survivors seeking their access going into the future.

Sinéad Ring, assistant professor of law at Maynooth University and an expert on transitional justice told CNN: “law and justice aim to achieve closure for all parties, but we can’t have any closure when survivors feel excluded from the process.”

Other survivors who testified to the commission have been refused access to their transcripts.

But the government’s reversal now demonstrates that the reflexive urge to keep things secret isn’t compatible under EU law — or a modern Ireland.

To demonstrate this, the government said it is now committed to establishing a national archive of records related to institutional trauma during the 20th century, including an archive of survivor testimony.

The survivor advocacy groups said it was an opportunity for the country to establish a “world-leading, inclusive approach to acknowledging and documenting our history of institutional and gender-related abuse.”

“Nobody can be left behind,” they said. 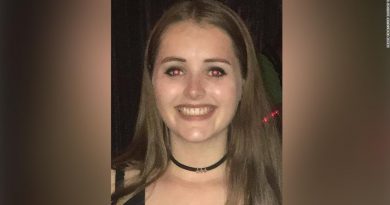 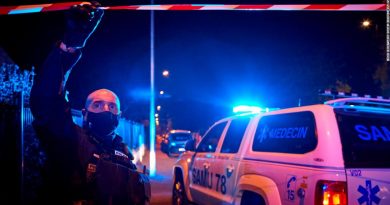 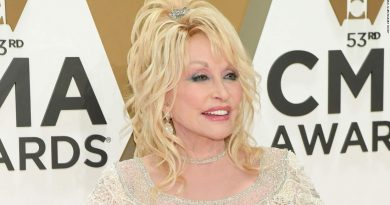