A 13-year-old who struck up an unlikely friendship with a famously flamboyant rock star before the pandemic found herself recording with him and his band during the past year.

The band — you might have heard of them — is called the Flaming Lips.

The incredible journey starts with a concert almost three years ago that Nell Smith of Fernie, B.C., begged her dad to take her to.

Audiences are encouraged to dress in costume and participate wherever the band from Oklahoma city plays.

Nell first saw the Flaming Lips perform in Washington state when she was just 10 years old.

“I thought their shows were really cool, really interactive with the crowd, everyone sings along and it just makes it a different experience,” she said.

It didn’t matter that the band formed decades before she was born and the members were four or five times her age, Nell Smith was hooked.

She begged her father Jude to take her to more shows and, before long, she was a regular at the front of the stage, dressed in a parrot costume screaming out the Grammy-award-winning band’s songs.

Soon the famously flamboyant lead singer, Wayne Coyne, noticed the kid in a parrot suit and even sang a David Bowie cover directly to her at a show in Calgary.

Nell sang every word back. 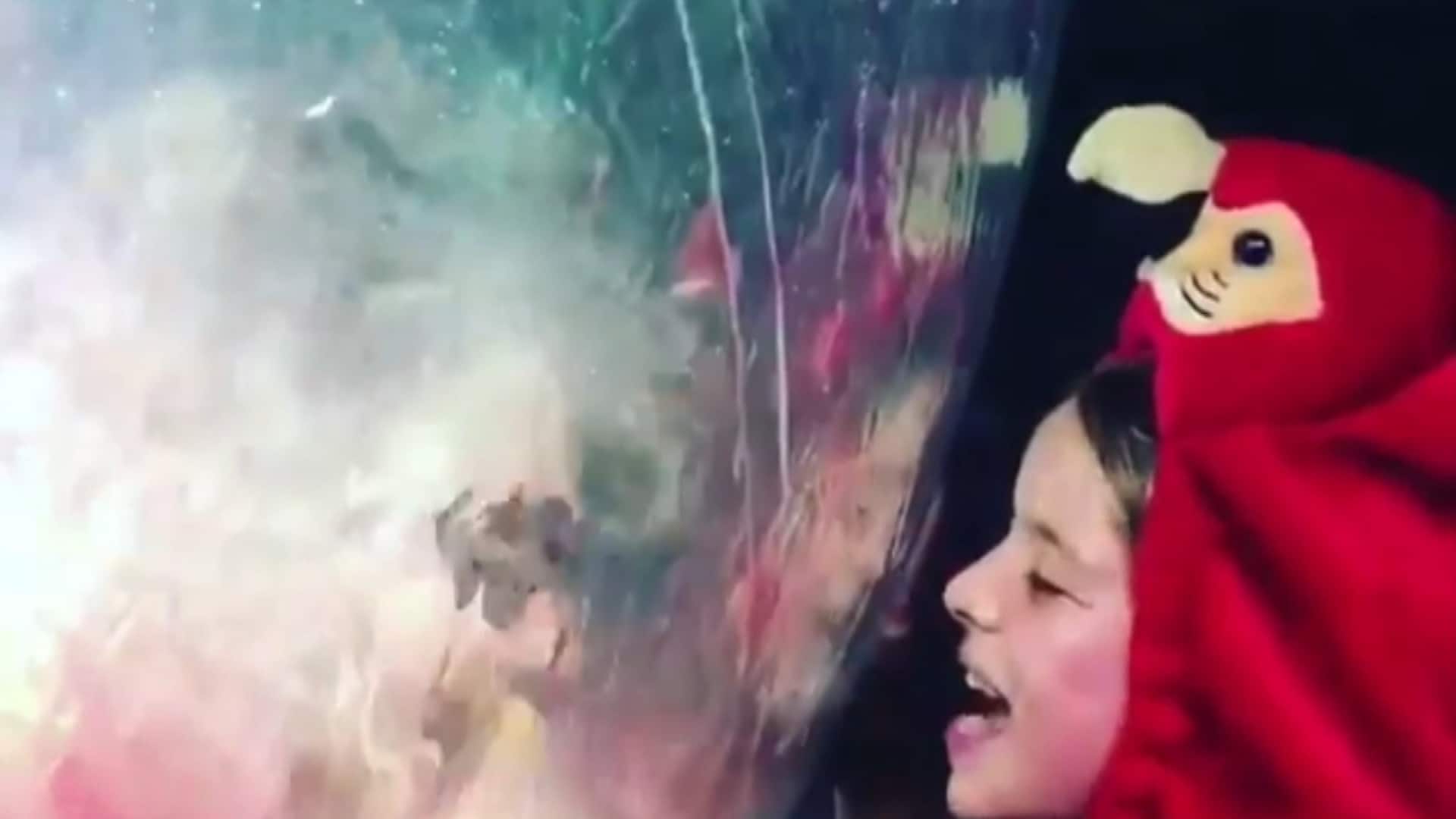 Nell Smith ended up recording cover tunes with the famous band from Oklahoma. 1:01

Coyne formed a musical bond with Nell and her dad and they swapped phone numbers before a concert.

“I think he liked the fact Nell threw herself into it,” said Jude Smith.

To their surprise, Coyne and the Smiths became friends, sharing music Nell was making at her Rocky Mountain home.

Coyne and the other members of the band were impressed and they invited the Smith family to Oklahoma to record with them.

“How he comes across on stage is kind of how he is. He seems to be the kind of guy who says yes to everything, but there’s no pressure on anyone for any of this stuff,” says Jude.

The trip to Oklahoma was cancelled because of COVID-19.

But Coyne suggested Nell, now 13, sing some cover tunes and email them to Oklahoma to be backed up by the band.

Cave is an Australian singer who goes back even further than the Flaming Lips and often sings dark ballads in a deep baritone.

He doesn’t have a big teenage audience.

“Ì actually did not know who Nick Cave was before he suggested it,” says Nell. “Ì thought it was a really interesting choice.”

In an email, Wayne Coyne says he chose Nick Cave because he knew Nell wouldn’t know him and have preconceived notions.

“I think Nell and I just wanted to start to make some music and see what would happen. Doing cover songs is a fun way to get things rolling along,” Coyne writes.

Coyne and the band were so impressed with how Nell sang the first cover, Girl In Amber, they asked her for more.

She worked all through the spring and into the summer on nine Nick Cave cover songs that the band is producing with the goal of making an album.

After that, when she can travel south again, they may turn to her originals.

“Not being able to go out [during COVID], being locked down, it’s been a really interesting and tough year. But I think working with the Flaming Lips has made it a very memorable year of my life. I think it’s been a really, really lucky experience,” she said.

After a summer of outdoor concerts, the Edmonton Symphony Orchestra heads back inside

Before Maud Lewis was famous, this artist saw something special in her work