This week is an emotional one for fans of Jeopardy! and its beloved longtime host, the late Alex Trebek, who was with the iconic game show for more than three decades.

Tomorrow, on Jan. 8, Jeopardy! will air its final episode featuring Trebek, who died in November at age 80, following a battle with pancreatic cancer.

To mark the occasion, the Academy Of Canadian Cinema and Television (or the Canadian Academy) sent CBC Radio’s q something special: Trebek’s never-before-heard acceptance speech, which was to be broadcast live at the Canadian Screen Awards on March 29, 2020.

Trebek was to receive the Academy Icon Award “for his exceptional ongoing contribution to the media industry.” Of course, the ceremony was cancelled due to the COVID-19 pandemic and so Trebek’s speech never aired.

In the pre-recorded video message, the Jeopardy! host mused that he’s “being honoured as sort of a goodwill ambassador” before shifting the attention away from himself in favour of praising Canadians instead.

“You host a popular show for 36 years, you get to be known, you get to be liked. Maybe people think you’re a nice guy. They know you’re Canadian — ergo Canadians are nice people and the country must be a special place. Well, it is! And not just because we’re nice.”

Trebek noted that what makes Canada so special is that “we are a country of accomplishments” and not only that, “we do it bilingually in two languages.”

Switching from English to French (Trebek was raised in a bilingual English-French household in Sudbury, Ont.), he took a few moments to highlight the accomplishments of Quebec.

“For more than 50 years, I have tried to convey the message that francophone culture is something very important, very special — not only for the province of Quebec but for our entire country,” Trebek said in French.

“This culture has won us great success on the international stage. Think of Xavier Dolan, Félix Leclerc, Jean-Paul Riopelle, Louis Hémon and the Montreal Canadiens with 24 Stanley Cup championships.”

I think the essence of Canada now is acceptance. And long may it continue.– Alex Trebek

Concluding his speech, Trebek pointed out that “Canada has now acquired great stature in the world” for being “a welcoming society.”

“[Canada] has expanded that welcome to go beyond the level of tolerance to one that I believe is even better. I think the essence of Canada now is acceptance. And long may it continue.”

Segueing back to the acceptance of his award, Trebek expressed his pride for his country and “the work all of you folks are doing on a daily basis to help maintain Canada’s stature in the world.”

“Du fond de mon cœur, je vous remercie,” said Trebek. “From the bottom of my heart, I thank you all.”

Johnny Nash, singer of hit song I Can See Clearly Now, dead at 80 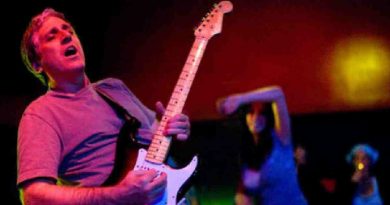