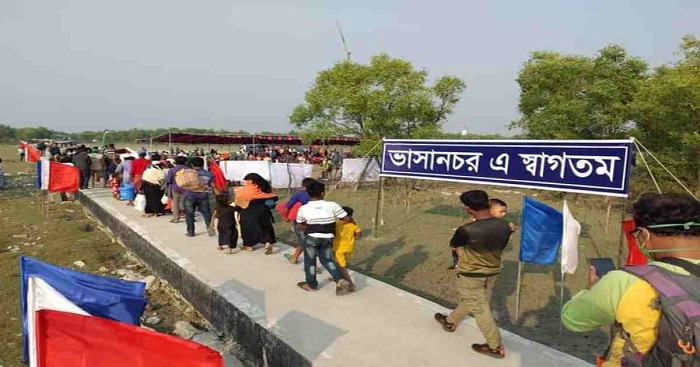 Foreign Minister Dr AK Abdul Momen on Monday said the United Nations should help Rohingyas in Bhasan Char following the mandate on the basis of which the UN works in Bangladesh.

“They (UN) should follow their mandate (on refugees). It doesn’t matter where they’re living,” he told reporters.

Dr Momen said the UN should not think of whether the Rohingyas are living in Kutupalong, Bhasan Char or somewhere else. “It’s their mandate to help them (refugees). They should do it.”

He said the government is currently providing food assistance to Rohingyas in Bhasan Char but hoped that the UN will come forward to its agencies to help Rohingyas.

Responding to a question, Dr Momen said the relocation of Rohingyas to Bhasan Char will have no negative impact on repatriation efforts.

“We’ve made this arrangement for a short period. Maybe these people will get back to Myanmar in the first batch when Myanmar will start taking back Rohingyas from Bangladesh,” he said.

Responding to a question over 300 Rohingyas rescued from the sea, Dr Momen said Bangladesh saved their lives when no country came forward.

“They were dying. Nobody did accept them,” he said adding their all eight neighbouring countries had equal responsibility to save those floating Rohingyas.

Dr Momen said they have no right to talk about these rescued Rohingyas from the sea those who talk about human rights but did not come forward to help these groups of Rohingyas.

On Saturday, UN Resident Coordinator in Dhaka Mia Seppo said all the UN agencies recognise the enormous investment that the government of Bangladesh has made in building Bhasan Char for Rohingya relocation.

“We recognise the enormous investment…that’s obviously a sign of the search for solutions in managing the situation,” she told journalists after attending a programme marking the International Volunteer Day.

The government invested more than US$ 350.00 million to develop the island.

The UNRC said the ultimate of the Rohingya crisis of course lies in Myanmar and it is Myanmar’s responsibility to create conducive conditions for return of Rohingyas to their place of origin in Rakhine State.

She said all the UN agencies recognise the generosity of Bangladesh in hosting Rohingyas in Cox’s Bazar. “That’s a difficult situation.”

Bangladesh is hosting over 1.1 million Rohingyas in Cox’s Bazar, and majority of them entered Bangladesh since August 25, 2017 amid military crackdowns against Rohingyas by the Myanmar security forces.

In the face of growing concern over the extreme congestion in the camps of Cox’s Bazar and to avert any risk of death due to landslides and other unwarranted incidents, the government has decided to relocate, in phases, 1,00,000 Rohingyas to Bhashan Char.

Accordingly, in the first phase, more than 1600 Rohingyas, who expressed their willingness voluntarily for relocation, were shifted to Bhashan Char on Friday afternoon.

Foreign Minister Dr AK Abdul Momen said the global leadership and the UN agencies have been extending lip services to the persecuted people of Myanmar and making statements again and again but no one came forward either for their relocation or sending them back to their country of origin – Myanmar.

The Foreign Minister said relocation of Rohingyas is taking place in phases in order to avoid deaths and accidents due to landslides and other untoward incidents in the overcrowded hilly areas of Kutopalong where drug trafficking, fleshtrade trading and law and order situation have been deteriorating and also to provide better living for the time being.

Dr Momen said while the international agencies make noise about facilities in the Rohingya camps or Bhasan Char, no one had the courage and sincerity to approach Myanmar to create conducive environment leading to their repatriation to their own country in safety and security and in a dignified way for the wellbeing of Myanmar.

If these desparate  people with no hope for future left alone, there is always possibility of pockets of radicalism and terrorism, and such may create uncertainty in the region frustrating the ongoing developnent projects in Myanmar, said the Foreign Minister.

Over the last three years, trade and investment from European, ASEAN, China, Japan, UK have increased manyfold in Myanmar in spite of violation of human rights in Myanmar, Dr Momen observed.

He said none of the human rights organizations have started any blockade of those countries that are heavily investing in Myanmar nor asking for divestment as they did in the case of Apatheid in South Africa.

“Fact of the matter is, the Rohingya problem was created by Myanmar and they are the only one who can solve it,” he said.

Dr Momen said all international organizations and important countries of the world must commit themselves to approach Myanmar in a meaningful way to resolve this crisis, sooner the better. 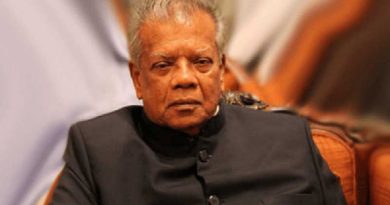 No alternative to Sheikh Hasina to take country forward: Amu