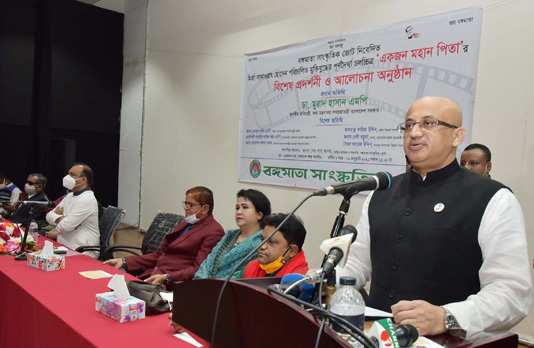 “Prime Minister Sheikh Hasina has not only declared the film sector
as an industry, but also has taken a pragmatic step to modernize the
sector … The government will construct information building along
with the modern Cineplex countrywide,” he said.

The state minister was speaking at a programme on “Exhibition and
Discussion on the Liberation War based film ‘A Great Father’ ”
organized by Bangamata Sangskritik Jote at Bangladesh Film Archive
Projection Hall here.

Speaking on the occasion, Dr Murad highlighted different
development and promotional works of the incumbent government taken to
develop the country’s film industry.

“The film tells about the soil and the people . . . (it) helps mass
people know their cherished dreams and aspirations by capturing those
on celluloid. National cultural elements usually come up in the film,”
the state minister added.

Murad sought joint-efforts of the government and the people to
eradicate superstition and fanaticism from the culture of Bangladesh
terming it’s a demand of time. 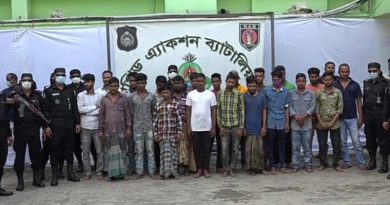 21 held in Ashulia with mini casino board – National – observerbd.com 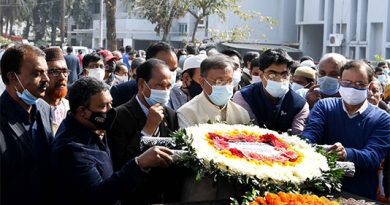