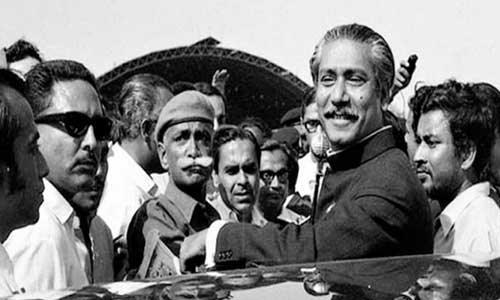 The historic Homecoming Day of Father of the Nation Bangabandhu Sheikh Mujibur Rahman is being observed across the country on Sunday.

On January 10, 1972, Bangabandhu had returned to independent and sovereign Bangladesh after over nine and a half months of captivity in a Pakistan jail, reports UNB.

Bangabandhu was subjected to inhuman torture in the jail where he had been counting moments for the execution of his death sentence that was pronounced in a farcical trial.

Bangabandhu inspired the Bangalee nation. He was the inspiration of the freedom fighters.

Under his undaunted leadership, the Bangalee nation earned the ultimate victory through the nine-month Liberation War in 1971. The defeated Pakistani rulers were finally compelled to release Bangabandhu from jail. The victory of the Bangalees attained its fulfilment with his release.

This year’s observation of Bangabandhu’s Homecoming Day is significant as the nation is celebrating the great leader’s birth centenary through programmes scheduled till March 17, 2021. The government has already declared it ‘Mujib Year’ or ‘Mujib Borsho’.

Besides, 2021 marks the golden jubilee of the country’s independence, to be celebrated on March 26.

On January 10, 2020 the countdown to the birth centenary celebration of Father of the Nation Bangabandhu Sheikh Mujibur Rahman began through a gala opening ceremony.

Prime Minister Sheikh Hasina, Bangabandhu’s daughter, formally inaugurated the nationwide countdown ceremony at the National Parade Square, where her father had landed in the newly liberated and sovereign Bangladesh on January 10, 1972 on a British Airways flight (he was taken to London first).

Sheikh Hasina inaugurated the unveiling of the “Logo” of Mujib Borsho.

Through observing Bangabandhu’s birth centenary, the government has been aiming to present the life and works of Bangabandhu before the people, especially the new generation.

The ruling Awami League, its associate and front organisations and various socio-political organisations have drawn up elaborate programmes to mark the day.

In his message the President Abdul Hamid said “Today is the historic 10 January, the Homecoming Day of Father of the Nation Bangabandhu Sheikh Mujibur Rahman. On this day in 1972, Father of the Nation returned to independent and sovereign Bangladesh after 9 months and 14 days of imprisonment in Pakistan jail.

On this memorable day, I pay my profound homage to Father of the Nation and pray for the salvation of the departed soul. Though we achieved ultimate victory on 16 December in 1971 through armed struggle but the true essence of victory came into being upon returning home of the Father of the Nation.

The contribution of Father of the Nation to the history of struggle for our independence is unparalleled,” Hamid said.

In her message, the Prime Minister said, “The legendary comet in the history of Bengali liberation struggle, the greatest Bangali of all times, Father of the Nation Bangabandhu Sheikh Mujibur Rahman returned home on this day in 1972 after being freed from captivity in Pakistan’s Prison.

In absence of this great leader, there was an imperfection in the ecstasy and excitement of the final victory over the liberation war, Just as his assumption to the stewardship in the reconstruction of the newly independent war-ravaged country was much awaited in the universal perception.”

So on January 10, 1972 the people of Bangladesh felt the true taste of ultimate victory when they got back their beloved leader, the PM said. 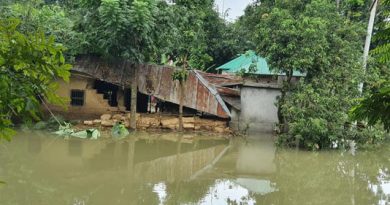