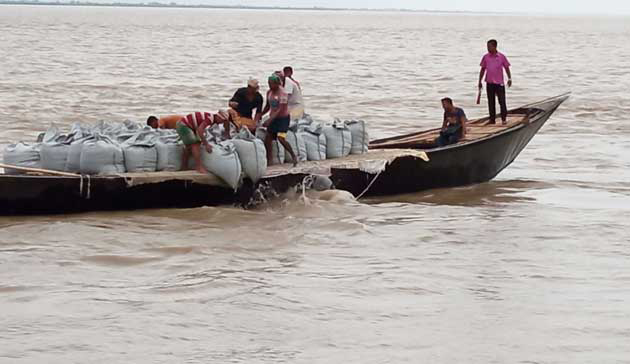 RAJSHAHI, – Water level in most of the rivers and tributaries in the Ganges basin recorded a rising trend for the third consecutive day today because of onrushing of floodwater from the upstream hilly catchment areas.

Of the 30 river points, monitored in the Ganges basin today, water levels increased at 24 points, while receded at five points and remained stable at another point, according to the Flood Forecasting and Warning Centre (FFWC).

Local office of Bangladesh Water Development Board (BWDB) recorded a rising trend at all the eight points in the Ganges and the Padma Rivers today like the previous day, Mukhlesur Rahman, Superintending Engineer of BWDB, told BSS.

Water level in the Ganges River further went up by 25 centimeter (cm), 18 cm, 14 cm and 8 cm at Pankha in Chapainawabganj, at Rajshahi, at Hardinge Bridge and at Talbaria points respectively.

Water level in the Korotoa further went up by 13 cm and one cm at Bogura and at Chak Rahimpur points respectively.

FFWC Executive Engineer Arifuzzaman Bhuiyan said a falling trend has been recorded at all the six points except one of the Jamuna River afresh this morning.

The Jamuna River declined by eight cm each at Sariakandi in Bogura and at Sirajganj points and seven cm at Kazipur in Sirajganj. The river was flowing three cm above the danger level at Sariakandi point afresh this morning.

The Gur River also increased by 10 cm in its Shingra point in Natore flowing 70 cm above the danger mark. The Atrai River went up by three cm at Baghabari in Sirajganj this morning.

The Mahananda River also increased by 17 cm and 29 cm at Rohanpur and at Chapainawabganj points respectively. The Little Jamuna went up by 14 cm at Naogaon point. Besides, the Atrai River increased by 40 cm at Mohadevpur in Naogaon, while 20 cm at Atrai point this morning.

Of the 16 river points both in Ganges and Brahmaputra Basins, being monitored in many districts under Rajshahi division regularly, water levels increased at 13 points, while declined at three other points.

The rivers were flowing below the danger level in 12 points, while above the danger mark at another four points this morning.

More than 2.19 lakh families consisting of around 9.86 lakh people in different districts of the division affected badly by the flood have, so far, been got relief materials to overcome their livelihood related hardships.

As part of its instant humanitarian assistance to cope with the catastrophic situation, the government has, so far, allocated 1,679.1 tonnes of rice, Taka 43.55 lakh in cash, 20,380 packets of dry-food, Taka 23 lakh for baby food and Taka 40 lakh for animal feed.

Moinul Islam, additional commissioner of Rajshahi division, said distribution of the allocated relief materials among the affected families in the division is in final stage.

Apart from this, 2,260.9 tonnes of rice, Taka 31.10 lakh, 2,220 packets of dry food, Taka three lakh for baby food and Taka five lakh for animal feed remain in stock for distribution.

Some 5,827 patients were reported to have suffered from various water-related diseases and 25 people died with flood related incidents, particularly drowning and snakebite since July 1, the sources added. 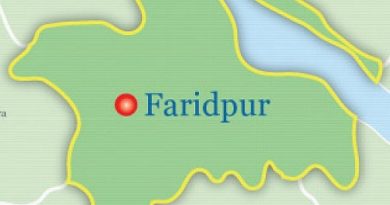 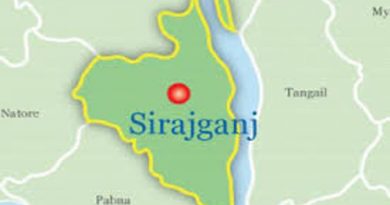 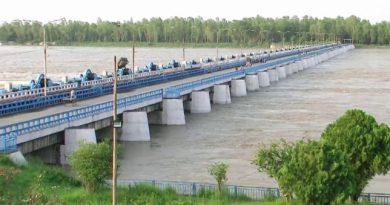 Rapid rise of some major rivers likely in B’putra basin