As cases of COVID-19 increase across Canada, the prospects of renewed restrictions and lockdowns are appearing likely in some provinces, with Quebec looking to upgrade two cities to its highest alert level “in the coming days.”

Quebec posted nearly 900 new COVID-19 cases in one day for the first time since early May. And while health authorities urged people to stay home to cut off a second wave, a warm weekend brought people out. 1:54

“Montreal and Quebec City are the hardest-hit areas at the moment. They’re very close to the red zone,” he said. “We’re going to announce in the coming days because I think we’ve arrived at that point. We’re there and we have to act because people are expecting us to be transparent.”

Dubé said that difficult decisions lie ahead but didn’t give details on exactly what the red zone restrictions would look like.

The number of COVID-19 infections in the province continues to surge, with the island of Montreal having the most new cases at 375. Quebec City reported 120 and Montérégie had 83 new cases on Sunday.

Dubé and public health officials have been calling on people to stop socializing for the next month in order to slow the spread of the novel coronavirus.

Meanwhile in Ontario, fresh projections suggest the province’s second wave of COVID-19 will peak in mid- to late October and will likely send enough patients to intensive care that hospitals will need to scale back non-emergency surgeries.

As the Canada Emergency Response Benefit comes to an end, many unemployed Canadians are confused and expecting a messy transition to other benefit programs. 2:06

The forecasts come from the COVID-19 Modelling Collaborative, a joint effort of scientists and physicians from the University of Toronto, University Health Network and Sunnybrook Hospital.

Based on how quickly Ontario’s infection rate has been rising in recent weeks, the model projects the province is on track to exceed 1,000 new cases per day by the middle of October, unless stricter public health measures slow the accelerating spread.

The average number of new cases reported daily in Ontario is currently running four times higher than what it was at the end of August. Premier Doug Ford’s government has since shrunk limits on the size of private gatherings, reduced opening hours for bars and ordered strip clubs to close.

On Monday, Ontario reported an additional 700 cases of COVID-19, the most ever on a single day since the outbreak began in late January.

Ontario’s Ministry of Health on Sunday reported 112 patients in hospital with a confirmed case of COVID-19, nearly triple the number of two weeks ago. The research team says the impact of the second wave on Ontario’s hospitals will depend on the demographics of who gets infected in the coming weeks.

A second wave of the coronavirus was predictable, but we know more about the virus now and can help ‘change the direction of this upswing,’ says Dr. Christopher Labos. 5:15

“The second wave in Spain and France started in the younger populations, but it is spreading to the elderly and the people who are more at risk of ending up in the intensive care unit or in the hospitals,” said Barrett in an interview with CBC News.

“It is just a matter of time until this virus, if it’s affecting the young populations, spreads into the elderly population,” she said. “We’re already starting to see that happening in Ontario.”

As of 11 a.m. ET on Monday, Canada had 153,825 confirmed or presumptive coronavirus cases. Provinces and territories listed 131,429 of those as recovered or resolved. A CBC News tally of deaths based on provincial reports, regional health information and CBC’s reporting stood at 9,308.

An elementary school in Scarborough will temporarily close for a week after a COVID-19 outbreak was declared by Toronto Public Health.

The Toronto District School Board (TDSB) said on Twitter that there has been an outbreak at Mason Road Junior Public School, near Eglinton Avenue East and Markham Road.

According to the TDSB, there are four confirmed cases at the school. Of the cases, one is a student and three are staff.

This is the second outbreak at a Toronto school since classes started. An outbreak was declared at Glen Park Public School in North York on Friday after two students tested positive for COVID-19.

A total of 50 patients and staff have tested positive for COVID-19 at Foothills Medical Centre in Calgary.

As Canadians rely on home internet more during the COVID-19 pandemic, millions of people in rural areas and in First Nations still do not have access to stable, broadband internet service. 4:36

Now, two additional units are part of the outbreaks. Cases at the transitional medical unit are linked to the current outbreak, but cases at a short stay unit are not believed to be connected.

The Saskatchewan Health Authority is investigating a cluster of students from the Yorkton Regional High School who tested positive for COVID-19.

Sunday’s provincial update said the investigation is still ongoing, but there was no indication the transmissions happened in a school setting.

“The school division will be communicating with parents later today,” the provincial update said.

New data on restaurant spending across Newfoundland and Labrador paints a bleak portrait of a struggling industry, showing the push to staycation and support local businesses has come up short.

The numbers, collected by Hospitality Newfoundland and Labrador (HNL), come as the hospitality and tourism industries continue to worry about the future as they head into the slim fall and winter months.

The loss in revenue translates into a loss in jobs, as businesses continue to feel the squeeze of the ongoing pandemic. That’s meant making tough decisions for restaurants that have attempted to cope with reduced seating capacities and without an influx of summer tourists.

According to Johns Hopkins University, the global total of confirmed coronavirus cases stands at more than 33.1 million. More than 998,000 people have died, while over 22.9 million have recovered.

South Korea has reported 50 new cases of the coronavirus, its lowest daily increase in nearly 50 days, a possible effect of strengthened social distancing measures that were employed to slow a major outbreak surrounding the greater capital region.

The numbers released by the Korea Disease Control and Prevention Agency on Monday brought the national caseload to 23,661, including 406 deaths.

Thirty-four of the new cases came from the Seoul metropolitan area, where about half of the country’s 51 million people live, and 10 were tied to international arrivals.

Italy reported another 1,766 coronavirus cases on Sunday, in line with its recent daily increases, but with a smaller number of tests conducted in the past 24 hours.

Every Italian region reported new cases on Sunday, with the exception of the small Valle d’Aosta region. The southern Campania was the region with the highest daily number of infections, at 245, while the hard-hit Lombardy, once the epicentre of the outbreak in Europe, reported 216 new cases.

Hospitals in the Paris and Marseille regions are delaying some scheduled operations to free up space for COVID-19 patients as the French government tries to stem a rising tide of infections, the health minister said Sunday.

As restaurants and bars in Marseille prepared Sunday to close for a week as part of scattered new virus restrictions, Health Minister Olivier Veran insisted that the country plans no fresh lockdowns.

In the United Kingdom, Prince Charles has warned that up to 1 million young people may need “urgent help” to protect their futures from the ravages of the COVID-19 pandemic.

Writing in the Sunday Telegraph, the Prince of Wales says there has “never been a time as uniquely challenging as the present” and that it is a particularly hard time to be young.

This comes as people across England face tough new fines if they fail to self-isolate after testing positive for COVID-19.

Starting Monday, those who fail to follow the rules face a 1,000 pound ($1,700 Cdn) fine, which increases to 10,000 pounds for repeat offenders. The Department of Health and Social Care says those who test positive will also be fined if they knowingly provide false information to contact tracers.

India has registered 88,600 new confirmed coronavirus cases in the past 24 hours in a declining trend, with recoveries exceeding daily infections.

The country’s health ministry on Sunday also reported additional 1,124 deaths for a total of 94,503. The average of new cases has fallen by around 7,000 daily in the past week after reaching a record number of 97,894 on Sept. 16.

Greek authorities say 12 crew members of a Maltese-flagged cruise ship on a Greek island tour with more than 1,500 people on board have tested positive for the coronavirus and have been isolated on board.

The Mein Schiff 6, operated by TUI Cruises, began its trip in Heraklion on the southern Greek island of Crete on Sunday night with 922 passengers and 666 crew members on board. It had been due to sail to Piraeus, the country’s main port near the Greek capital Athens, and later to the western island of Corfu.

As the number of COVID-19 cases tops six million in India, Dr. Sandeep Nayar is expressing concern that people are becoming less vigilant. 0:19

Myanmar health authorities have reported 743 new confirmed cases of the coronavirus, bringing the country’s total over the 10,000 mark.

The country’s health ministry has announced a total of 10,734 coronavirus cases since March, including 226 deaths. There were 28 new deaths recorded Sunday. 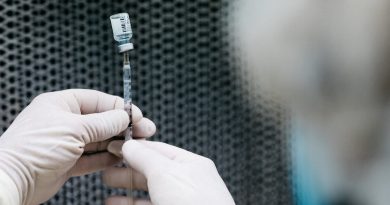 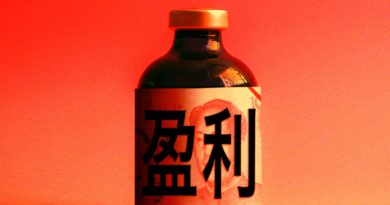