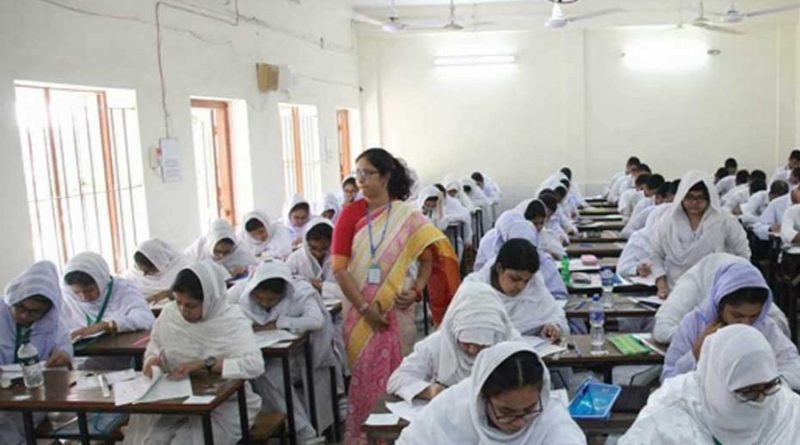 The decision of cancelling the Higher Secondary Certificate (HSC) examination announced by Education Minister Dr Dipu Moni was unanticipated by most of the students who were set to appear this year. However, following the announcement, there were mixed reactions from examinees, as well as their parents, reports UNB.

On Wednesday, the education minister announced at a media briefing that HSC exams would not be held this year amid the coronavirus pandemic. The alternative evaluation method put forward, averaging the grades of JSC and SSC exams to determine HSC results, is under scrutiny already.

Aurita, a student of Viqarunnisa Noon School and College, thinks that grades obtained in JSC and SSC exams cannot be proper factors to determine a student’s capability although this may help a lot of underprepared students.

“All of the examinees will pass this year but their grades will not be the same. I know a number of my classmates who haven’t fared well in JSC or SSC exams but they were preparing to make up for it with HSC result, unfortunately, that opportunity is no more,” she said.

Mehedi, an aspirant of Ideal School and College, on the contrary, said this is the norm this year as Covid-19 pandemic is still a viable threat for everyone.

“This (HSC cancellation) may seem an injustice to some students but considering the present situation, the decision taken may be the best form of evaluation. I can’t complain,” he said.

A large number of students would beg to differ with his opinion and one such, Nabila Jaman, a student of a government college in Cumilla, said evaluating students based on JSC and SSC results will cause confusion in university admission.

“Normally public universities evaluate admission candidates using a portion of their total markings based on HSC result, but how it will work out this year is anybody’s guess. Aspirants like us may suffer the consequences of the government decision,” she said.

Similarly, Monowara Begum, mother of an HSC aspirant expressed her concern about the coming admission season in public universities. “I have no idea how the grades based on JSC and SSC results will affect the admission test scores.”

The father of an HSC examinee from Khulna, Halim Akond, however, appreciated the government’s decision and argued that auto-promotion is better than letting children in harm’s way.

“It is virtually impossible to keep an exam centre contamination-free for a month. We can’t put our children’s lives in danger no matter what,” he said.

Facebook is buzzing with posts and opinions for and against the decision of skipping HSC exams.

While most of the aspirants are expressing positive emotions about the result, some of them are also disgruntled about the decision. Mostly, due to the coming admission tests.

Provat, a student of Bangladesh University of Engineering and Technology (Buet) thinks that the admission exams in engineering universities and medical colleges will remain unaffected by the HSC grading this year because of their competitive nature.

Highlighting the effect of the decision on the admission process, Shaonti Haider, Associate Professor of Mass Communication and Journalism Department of Dhaka University, said public university authorities will not take any decision harming students.

“It is an odd situation for everyone. Many students and even teachers may not prefer the decision but considering the threat of Covid-19 this is probably the most logical solution,” she said.

She also remarked that the university administrations across the country may need to find new methods of evaluating admission examinees to compensate for their HSC gradings.

In a controversial move, an HSC candidate named Shatabdi Roy of Mofazzal-Momena Chakladar Women’s College in Savar sent a legal notice to the authorities concerned seeking reconsideration of the Education Ministry’s decision on Thursday.

The notice said many students would be deprived of good results because of such a decision and it sought evaluation based on the results of the test examination of the respective colleges.

Over 1.3 million students were expected to sit for the HSC and equivalent exams this year. 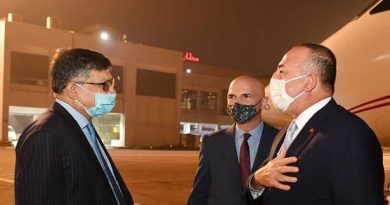 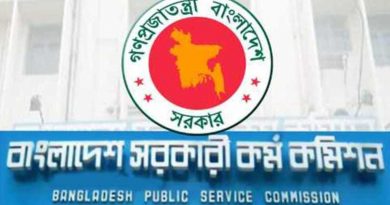