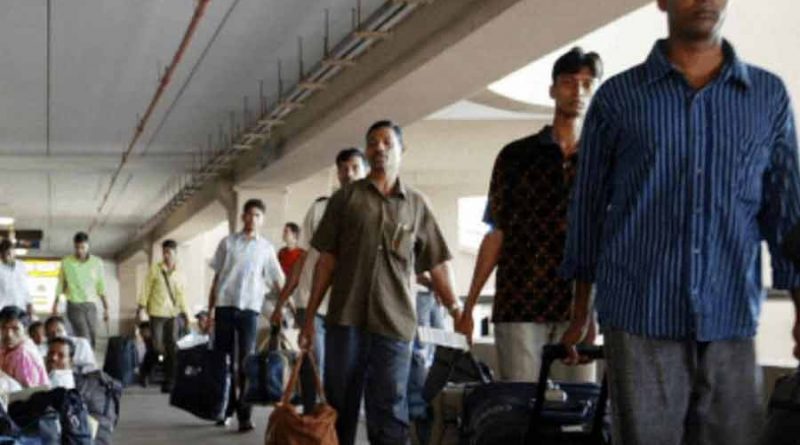 Although outflow of migrant workers in January-August period of this year has dropped by 55 per cent compared to same period a year earlier, Bangladesh witnessed 9.6 per cent increase in inflow of remittance in fiscal 2019-20 from the previous fiscal.

The Ministry of Expatriates’ Welfare and Overseas Employment shared the data with cabinet members, painting a grim picture of overseas jobs for Bangladeshis amid the coronavirus pandemic, during weekly cabinet meeting chaired by Prime Minister Sheikh Hasina virtually on Monday, report bdnews24.com and BSS.

The expatriates’ welfare ministry also sent a report to the cabinet outlining the steps to alleviate the dire situation.

While briefing media after the meeting, Cabinet Secretary Khandker Anwarul Islam said the target for overseas employment in 2020 was 750,000.

“Only 181,273 migrant workers went abroad between January and August, compared to 406,962 in the same period a year earlier,” he said.

As many as 141,036 workers have returned home to Bangladesh as of September 18. The authorities are now taking different steps to send them back.

A total of 5,974 expatriates returned to the country from April 29 to May 31 during the lockdown. They were given Tk 5,000 each at the airport, he said.

About remittance, the cabinet secretary said the country has received remittance worth about $18.21 billion in 2019-20, which is 9.6 per cent up from the previous fiscal year despite facing severe blow due to the coronavirus outbreak.

“The remittance inflow in the country amid the Covid-19 pandemic is notable and it is good news indeed,” he said.

In replying to another query, he said that the concerned ministries would take their decisions relating to reopening the educational institutions including schools and colleges as a decision to this end has already been announced.