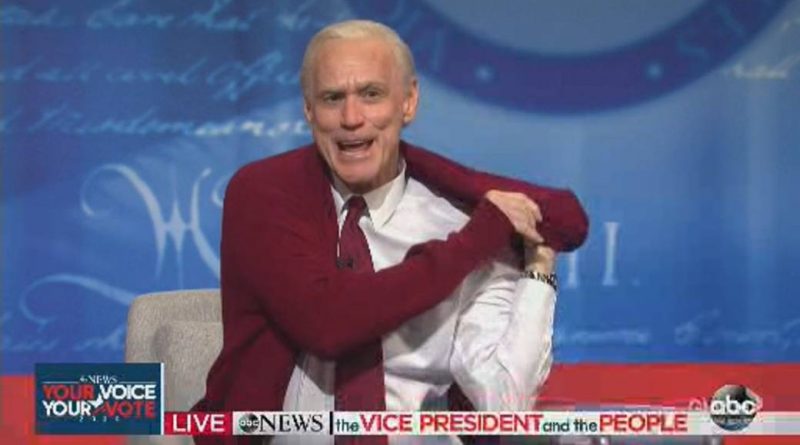 “Anyway, coronavirus, so boring right? But we’re doing terrific, rounding the corner. In fact, we’ve rounded so many corners we’re going all the way around the block and we’re back where we started in March,” answered Baldwin’s Trump to the first question of the night, which was on how he would lead the country during the next stage of the pandemic.

“First I’m creepy and then I’m sleepy. Then I have dementia, then you say I’m a criminal mastermind — which one is it, Kemosabe?” interjected Biden on the topic of what Trump’s plan was to combat the virus.

“Look, I can’t show you my plan, it’s under audit along with the rest of my taxes, which are prepaid just like a drug dealer’s telephone,” Baldwin said.

Rudolph’s Welker takes a shot later in the skit as part of her “Biden Bingo.” She crosses out a spot on her card after Biden says “malarkey” in response to Trump.

The debate also tackled healthcare and the environment, but one notable scene parodied Giuliani, who recently made news for appearing in an infamous scene in the new Borat movie.

Appearing with her back turned, McKinnon portrayed Giuliani making suggestive hand motions in front of her crotch.

“It’s not what it looks like, my microphone was stuck on my balls — is this another Borat? You’ve got to tell me if it’s another Borat,” questioned Giuliani, who was pictured in the movie with his hands down his pants in front of an actress who posed as a female journalist.

“You’re in trouble now, Biden, because Rudy’s got a lot of sane and coherent information!” exclaimed Trump.

For the debate’s final question, both Trump and Biden were asked what they would say on inauguration day to Americans who didn’t vote for them.

“Well, if they didn’t vote for me, well I guess I’d say ‘hola.’ For the rest, I would say, ‘Just remember how good things used to be back before the China plague,’” answered Trump.

“We had the lowest unemployment numbers in all categories: Blacks, Asians, ‘Latinxas,’ brunettes, MILFs, LGBT-QANON. In conclusion, New York is a ghost town, kids love cages and Joe Biden is from Kenya. Thank you.” 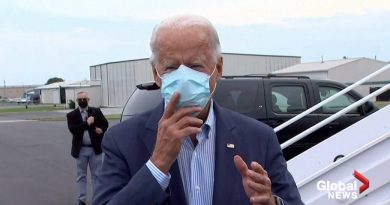 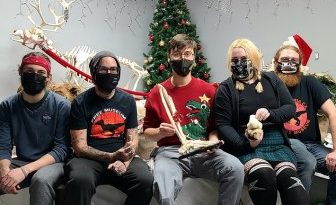