WestJet says it will begin providing refunds to passengers whose flights were cancelled due to the pandemic.

The Calgary-based airline said it will begin contacting all eligible flyers with WestJet and Swoop on Nov. 2. It will begin with those whose flights were cancelled in March 2020 at the onset of the pandemic, to offer refunds in the original form of payment.

The process is expected to take six to nine months, the company said. It asked customers to wait to be contacted, in order to avoid overloading its call centre.

“We are an airline that has built its reputation on putting people first,” said Ed Sims, WestJet president and CEO, in an emailed release.

“We have heard loud and clear from the travelling public that in this COVID world they are looking for reassurance on two fronts: the safest possible travel environment, and refunds.”

Sims said in a letter posted to the company’s website that since March, it has done everything it can to reduce costs in the face of a 95 per cent drop in demand.

WATCH | Airlines struggle and plead for aid amid stall in travel: 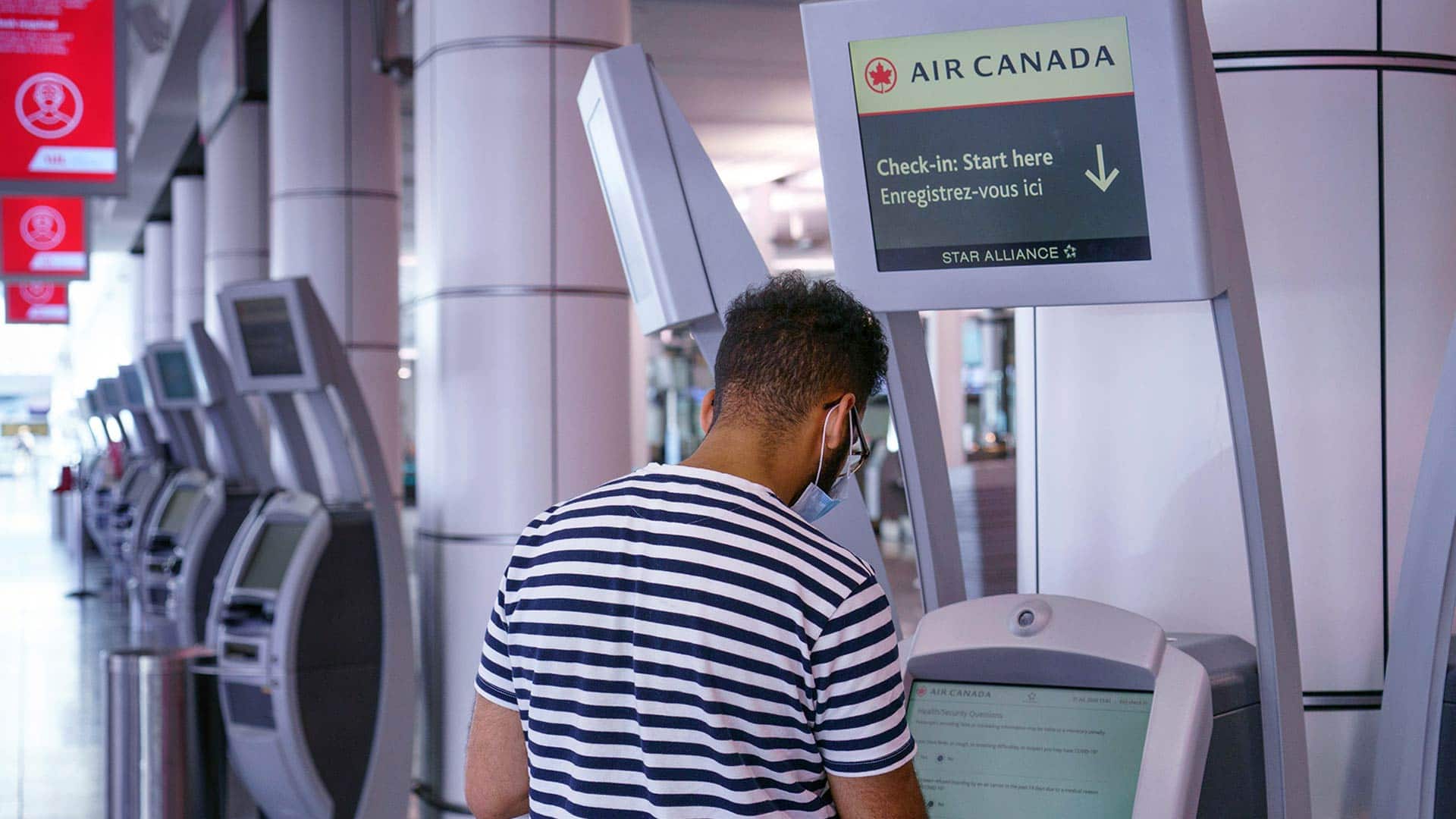 COVID-19 continues to keep Canada’s airlines at stalling speed and the industry is crying out for aid before it takes an irreparable nosedive. 2:00

“Up until this point, quite plainly, the financial position of airlines around the world has been precarious,” Sims said.

“We went 72 days in a row where cancellations outstripped bookings, something that has not happened — ever — in our almost 25-year history. Thankfully, we are seeing bookings higher than cancellations now but still at a level that sees more than 140 of the 181 aircraft in our fleet parked and more than 4,000 WestJetters permanently laid off.”

The company said it’s the first national airline in the country to proactively begin refunding customers during the pandemic — a comment that Air Canada contested.

“Misleading statement! WestJet is just now catching up to our policy to refund refundable fares. We have already refunded over $1.2 billion in refundable fares to date,” Air Canada wrote on Twitter on Wednesday evening.

Within 10 minutes of that tweet, more than a dozen replies from customers said they still had not received their refund.

Air Canada said in an emailed statement that it has reimbursed refundable tickets since the start of the pandemic, and that vouchers are offered to those who have purchased non-refundable tickets.

Air Canada made the most recent U.S. Air Travel Consumer Report, released in August, for having the most refund complaints of any foreign airline the previous month. It had 1,705 complaints, while WestJet had 346.

The airline industry in Canada has lost billions due to border closures and grounded flights during COVID-19.

Up until now, most Canadian airlines have offered travel vouchers to passengers with cancelled flights. The vouchers were redeemable for two years.

The lack of cash refunds have led to petitions and even possible class action lawsuits against the industry.

The Canadian Transportation Agency said in April that, given the unprecedented nature of the pandemic, vouchers were a reasonable alternative to refunds.

The CTA said in an emailed statement after this article was originally published that it has consistently emphasized that its position changes nothing when it comes to airline obligations and that under the Air Passenger Protection Regulations, airlines are not required to provide refunds when the disruption is outside of their control.

“Any passenger who believes they’re owed a refund under the relevant tariff and hasn’t received one can file a complaint with the CTA. All complaints are dealt with on their merits,” the statement read.

The agency said that between March 15 and Oct. 16, it’s received close to 10,000 complaints. It’s still in the process of reviewing the complaints but said that so far, about 4,300 are related to refunds.

Carriers’ requests for financial assistance from Ottawa have failed to materialize in funding while the United States and some European countries have offered billions in financial aid, with strings attached including partial government ownership and emissions reduction commitments.

“Canadians deserve refunds for cancelled trips as a result of [COVID-19],” he wrote on Twitter.

WestJet’s website states those who cancelled their own flights or purchased basic fares will not be refunded.

Passenger rights advocate Gabor Lukacs said the six to nine months WestJet estimates it will take to process refund requests is excessive, calling it “ridiculous” and a “non-starter.”

“It doesn’t matter whether it was a business class elite fare or a basic fare, they have to refund it equally,” Lukacs said, citing provincial legislation and regulation.

WestJet had started to bleed money from advance ticket purchases even before Wednesday’s announcement.

Of the nearly 16,300 guests who requested chargebacks from their credit card issuers between March and Aug. 19, only 11 per cent were denied, according to an affidavit WestJet regulatory affairs director Lorne Mackenzie filed to the Federal Court in August.

Certification hearings on a class action against WestJet, Air Canada and Transat AT are to begin in Federal Court on Nov. 2, the same day WestJet’s policy goes into effect.