Denmark will cull its mink population of up to 17 million after a mutation of the coronavirus found in the animals spread to humans, the prime minister said on Wednesday.

“We have a great responsibility towards our own population, but with the mutation that has now been found, we have an even greater responsibility for the rest of the world as well,” she said.

“The mutated virus in mink may pose a risk to the effectiveness of a future vaccine,” Frederiksen said, adding that it “risks being spread from Denmark to other countries.”

The findings, which have been shared with the World Health Organization and the European Centre for Disease Prevention and Control, were based on laboratory tests by the State Serum Institute, the Danish authority dealing with infectious diseases.

The head of WHO’s emergencies program, Mike Ryan, on Friday called for full-scale scientific investigations of the “complex, complex issue” of humans – outside China – infecting mink which in turn transmitted the virus back to humans.

Outbreaks at mink farms have persisted in the Nordic country, the world’s largest producer of mink furs, despite repeated efforts to cull infected animals since June.

The country’s police, army and home guard would be deployed in order to speed up the culling process, Frederiksen said.

Tougher lockdown restrictions and intensified tracing efforts would be implemented to contain the virus in some areas of Northern Denmark, home to a large number of mink farms, authorities said.

“The worst case scenario is a new pandemic, starting all over again out of Denmark,” director at the State Serum Institute, Kare Molbak, said. The new strain showed diminished sensitivity towards antibodies, he added.

“That’s why we have to take this extremely seriously,” Molbak said.

Read more:
The New Reality: What can Canada learn from Denmark’s return to class?

Minks have also been culled in the Netherlands and Spain after infections were discovered.

Authorities had registered five cases of the new strain on mink farms and 12 cases in humans.

There are between 15 million and 17 million mink in Denmark, authorities said. 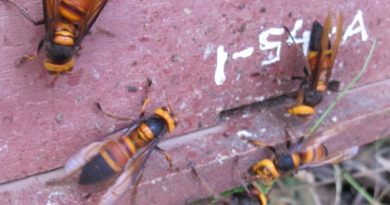