“I’m happy, but it’s a little bit scary,” Emad Moradi, 38, a Kurdish refugee who left Iran in 2013 by boat, said in the hours after his release. He and other refugees were teary-eyed as they tasted their first moments of freedom in years.

The release of the men was one of the Australian government’s largest concessions to the country’s refugee rights movement in recent years. But more than a dozen of the 60 or so men originally detained in the Mantra hotel remain in custody, and some say they have received no news about their visa status or when they might be granted freedom.

At least 100 more, advocates for refugees say, are still in the Kangaroo Point Central Hotel and Apartments in Brisbane, while several others, including a family, are locked up in other motels and apartments or in permanent facilities.

“I’m totally broken down today,” Mohammad Joy Miah, who traveled by boat to Australia from Bangladesh in 2013 and has been in hotel detention for about a year, said on Wednesday. Mr. Miah and others still being held said they were struggling with their emotions after the release of their roommates and friends.

Hamid Reza Yousefi, another asylum seeker, said he was devastated that the Australian government had continued to detain him even after he was offered conditional resettlement in the United States, under a deal reached during Barack Obama’s presidency. “If you don’t like me, send me to America,” he said.

Two of the detainees have tried to take their own lives, activists said. One of them, Thanush Selvarasa, 31, who arrived in Australia by boat in 2013 after fleeing Sri Lanka, said that after being deprived of normalcy for so many years, he had simply lost hope. 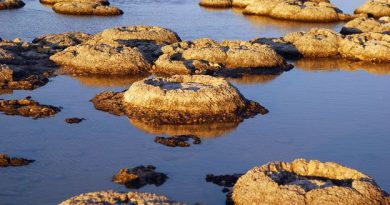 How to Pretend You’re in Cartagena Today