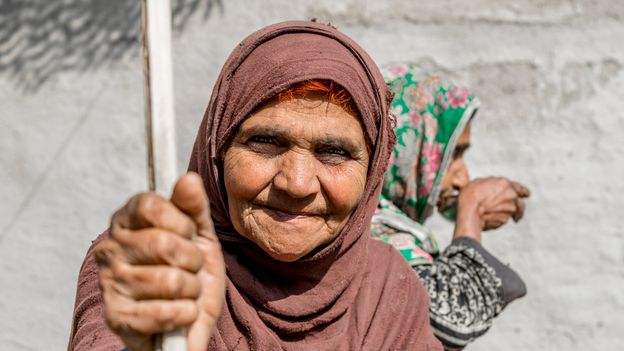 During my twin boys’ newborn phase, they slept using steel pot lids, small rice-filled sacks and tea saucers for a pillow. The objective? To make their heads perfectly round.

This was one of the Pakistani totkay (singular: totka) I encountered during new motherhood and beyond. A totka is a household remedy, widely touted, sometimes trivialised, and, often, surprisingly effective. Long before “hacks” entered the common lexicon, people across the subcontinent used condensed nuggets of ancestral wisdom to solve everyday problems.

They are treatments from the land, of the land, passed on by people living on the land

Totkay range from the pragmatic (treat styes with garlic; sprinkle salt and turmeric to eliminate ants) to the obscure (place eggshells around your home to circumvent lizards; poke cloves in a lemon to ward off dengue). Lemon, turmeric and ginger are the holy trifecta for multiple illnesses, while drinking ghee induces labour and asafoetida cures flatulence. Travellers may see merchants board local buses and trains to sell “cures” for common ailments, while social gatherings often feature well-intentioned elders doling out life hacks. In Pakistan, you simply have to voice (or show signs of) an ailment, and the totkay come rolling in.

Beauty totkay are also popular, likely because using makeup and visiting salons are rites of passage reserved for married life in some Pakistani families, making natural remedies the self-care regimen of choice for many women. Anti-acne totkay use powdered, day-old roti (flatbread) and neem (Azadirachta indica, or Indian lilac) powder to control excess sebum production and unclog pores. From the pantry to the vanity, humble ingredients promise alluring returns.

The Urdu word “totka” is derived from Sanskrit, with its first usage in a 1683 book titled Suhagan Nama (“Married Women’s Songs”). “Totka means a cure of any negative or evil thing,” explained Syeda Nausheen Ali, who has been teaching Urdu in Karachi schools for the past 28 years. “Totka is a synonym of the word tona, and both used to be associated with black magic and witchcraft. In contemporary Urdu, as South Asians gravitated away from these practices, we started using the term for herbal remedies, almost like magic cures or spells.”

Totkay speak to Pakistanis’ memory of their former selves. The custodians of these cures are often grandmothers who have lived through Partition, war or both. Sharing totkay is a vestige of their resilience and resourcefulness. During rampant political turmoil or imminent famine, totkay were powerful portals into a world of healing: not alternatives, but medicine itself.

Siddiqui’s grandmother wasn’t a trained medical practitioner, and though her home was minutes away from Christian Medical College, the region’s largely agrarian workers preferred her herbal remedies to visiting the hospital. Siddiqui and his grandmother kept a wide flask filled with venomous scorpions submerged in sesame oil to use as an antidote against scorpion bites. Together, they tended an overflowing herb garden that included local varieties of aloe vera – an excellent natural sunscreen. The root of one, the succulent flesh of another and brewed petals of the rest offered a smorgasbord of remedies from their garden-pharmacy.

For many of their “patients”, totkay were affordable alternatives to mainstream medicine. They are treatments from the land, of the land, passed on by people living on the land. “I still believe in totkay from my childhood,” said Siddiqui.

Zubaida Tariq, Pakistan’s own Martha Stewart, was known fondly as Zubaida Aapa (“older sister” in Urdu) for her role in mainstreaming totkay from the late 1990s. During her prolific career – which began at 50 – of 6,500 cooking shows, she shared tips live on national television during her call-in segment.

You may also be interested in:
• India’s ingenious approach to life
• A centuries-old “zero-waste” movement
• India’s original “turmeric latte”

In her final interview, Aapa summed up totkay beautifully: “Totkay are where the joint family system is. We’ve grown up seeing warm honey, ajwain (carom seed) and ginger for a cough… lemon juice on the temples for a headache. People didn’t know the names of medicines.”

Many still don’t. Even if they do, there’s an impulse to revert to centuries of familiarity rather than allopathic medicine. Naval captain Sajid Mahmood, TI(M), remembers his grandmother’s calm treatment of his profusely bleeding finger with turmeric after an axe accident. “The bleeding stopped immediately. These days, it would have been three to five stitches, easy,” he said. When asked about the doctor’s verdict or subsequent hospital visit, he seemed unperturbed. “What hospital visit?” he said.

Dr Bilquis Shaikh, a registered medical practitioner of homeopathy, certified alternative medicine practitioner and Pakistani herbalist doctor, bridges the gap between the world of medicine and totkay. Born in a small village in Chitral in the far north of Pakistan, limited access to doctors spurred Dr Shaikh’s passion for naturopathy. “If you have a broken bone and the closest doctor is 12 hours away, turning to the kitchen or using willow tree branches is what you do. Our women are all kitchen doctors. Totkay are in our genes,” she explained.

More than one million subscribers tune in to her YouTube channel, where she addresses a range of issues from hormonal imbalances to natural hair straightening using coffee, yoghurt and borax. Her three-minute tooth-whitening hack involves clove powder (an antiseptic, she explains), garlic powder (the sulphur content erodes plaque), ginger powder (to prevent bleeding gums) and salt (as an abrasive to clear build-up and eliminate foul breath).

The ingredients are familiar, but the narrative is changing. No longer just remedies retrieved from Nani’s treasure chest of wisdom, Dr Shaikh consults academic papers, research journals and a wide range of literature to substantiate each ingredient with research.

She explained that her method of presenting the scientific evidence behind old-world traditions is well-received by millenials, who are used to turning to Google for all life’s questions. According to her team, many of her followers are in their 20s, suggesting that her target demographic is turning inwards to find local cures. “We’re like plants,” said Dr Shaikh, “If we lose touch with our roots, we’ll wilt.”

In recent years, WhatsApp and YouTube have shifted totkay online, amplifying their accessibility. Pak Totkay videos, which feature short life-hacks (generally under 10 minutes) from various television shows about everything from contouring to making chicken pasta – and lots of age-defying elixirs or concoctions to boot – have more than six million views. Listen closely, and the pervasive circulation of totkay peppers daily conversations, family WhatsApp groups and television show segments.

To cater to such a wide and wildly receptive audience, many totkay are now mass produced and ancient remedies are being distilled into bottles in laboratories and pharmacies. Curious to find out how totkay are commercialised, I contacted Fatema Munir Ahmed, managing director and CEO of Hamdard Laboratories (waqf) Pakistan, a manufacturer of herbal medicines and distillates.

“All our formulations are the originals that Hakim Said or Hakim Majeed created,” said Ahmed.

Like the 5,000-year-old practice of Ayurveda, Unani Tibb is the science of life. The World Health Organization traces its origins to Greek and Persian scholars including Hippocrates and Avicenna, and the Arabic term “Unani Tibb” means “Greek medicine”. It presupposes four “humours” that are kept in equilibrium through herbal treatments.

When Unani Tibb integrates Chinese medicine and Ayurvedic principles, it is often called Eastern Medicine and is practised mainly throughout South Asian countries.

The holistic treatments that Eastern Medicine advises, (stemming from Ayurveda and Unani Tibb), Ahmed explained, are based on the art of treating the whole person to keep the body’s elusive balance and equilibrium intact. Ahmed spent childhood weekends performing cleaning rituals of her stomach. The cleansing and laxative effect of castor oil on Saturdays, followed by probiotic-rich yoghurt on Sundays, leads to optimal gut health.

“The entire body is interconnected. You can’t expect your stomach to work one day and your brain the next,” she said, citing this approach of interconnectedness as one of the cardinal principles of Unani and Eastern medicine.

Instead of prescribing allopathic medicine, which may address only the manifestation of the illness, Eastern Medicine often treats the underlying cause: rather than slapping on chemical-laden ointment for acne, Unani Tibb physicians and Eastern Medicine practitioners would prefer removing impurities from blood through the use of neem leaves and Smilax chinensis, a plant commonly known as China root that’s used for its anti-psoriatic properties.

While Ahmed’s parents and grandparents may have prepared these concoctions fresh daily in a stone mortar and pestle, the current generation wants to access the same potent remedies quickly and without hassle. Hamdard’s popular Safi syrup is almost a rite of passage in Pakistan, using neem and China root in its composition. For many Pakistani youngsters, chugging bottle after bottle of Safi is the secret to clear, blemish free skin through adolescence.

When we share a totka, we’re actually dialling in to connect to our heritage

Madinat-al-Hikmah, a city of education, science and culture on the outskirts of Karachi, founded by Ahmed’s grandfather, was the first in the subcontinent to introduce PhD and five-year programmes in Eastern Medicine. One of its core faculties is preparing future Unani Tibb practitioners by dedicating skilled scientists and a sprawling 350-acre research facility to continue the research into totkay, often debunking myths and altering the public discourse in the process. Some of their research is cutting-edge, such as cross-pollination techniques and genetic engineering, whereas other aspects are more commonplace, such as the finding that squeezing a lemon into water robs the concoction of many essential nutrients, and it is better to submerge the lemon, sans squeezing, instead.

Professor Dr Ghazala H Rizwani, dubbed the “Mistress of Herbs”, is Dean Research at Madinat-al-Hikmah and author of Naturoclinical Approach of Chromopharmacy. She advocates kitchen-pharmacies and demystifies culinary herb-based totkay. Cloves for toothaches, a mainstay of ancient South Asian dental hacks, is effective because eugenol, a compound found in clove oil, makes them naturally anesthetic. Cumin and carom-seed tea, she found, fights bloating because carom-seed improves digestion and cumin contains anti-inflammatory thymoquinone. The ingredients that look like an upturned masala dabba, or South Asian spice tin, are actually a tested combination packing a powerful punch, something our ancestors intuitively, or through trial and error, already knew.

Many totkay are emerging in the West as a panacea or hipster trends. Many more will follow. But as bastions of the subcontinent’s troubled history, they are centuries-old hacks that stretched meagre portions, made healthcare accessible and normalised self-care. They were – and still are – affordable Band-Aids to help cure life’s woes.

And as occasionally bewildering as their onslaught may seem, totkay are here to stay, playing a pivotal role in shaping our identity. When we share a totka, we’re actually dialling in to connect to our heritage.

But my perfectly round head already knew that.

BBC Travel’s Well World is a global take on wellness that explores different ways that cultures the world over strive for a healthy lifestyle. 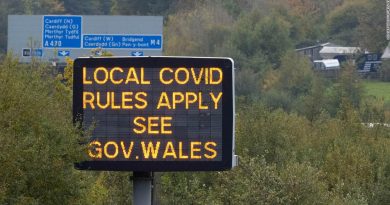 What happens when staycations fall apart 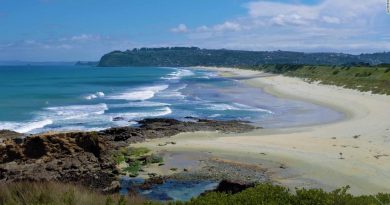