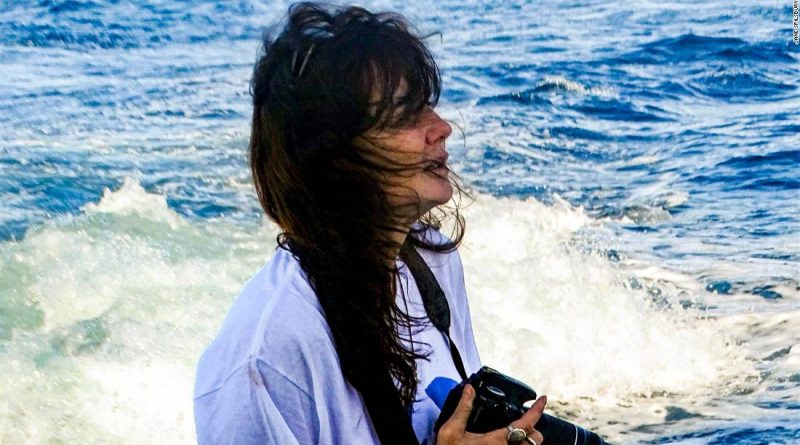 (CNN) — Up until recently, most travelers, and even some locals, had no inkling of the aquatic mammals that occupy or pass through Kenya’s waters.

Known as a safari destination, with the wildebeest migration in the Maasai Mara between July and September considered its pinnacle, the African nation’s expansive marine life was something only fishermen knew the true extent of.

But largely thanks to the efforts of a former lawyer from London, the country now has a burgeoning marine tourism industry, with tourists seeking out the coastal town of Watamu, located 140 kilometers north of Mombasa, for its humpback whales.

The tide began to turn around 10 years ago, when Jane Spilsbury, who had been living in Watamu with her marine biologist husband for several years, began hearing tales from local fishermen of dolphin and whales sightings.

Determined to prove their existence, the pair spent six months boarding local fishing boats armed with just a few scraps of paper and a cheap camera in order to document and photograph any visible evidence.

“We literally came from a point of zero information and zero awareness, it seems ridiculous to imagine that nobody knew that the dolphins or whales existed here,” Spilsbury tells CNN.

The Spilsburys went on to help found the Watamu Marine Association — a collaboration between hotels, local fishermen, divers and other members of the public — in 2007.

Their aim was to simplify communication channels, as well as work on conservation, but the pair found they were constantly being asked about the country’s marine life.

“People were asking us about our whale and dolphin situation in Kenya, and we just didn’t know because the cost involved in researching mammals was way too expensive,” she explains.

“So we spoke with some boat operators, and asked them ‘when you take people out snorkeling what else do you see?’ And they said ‘well, there’s dolphins out there too.’

“We were amazed, because no-one knew there were dolphins out there, not even the Kenya Wildlife Service.”

The discovery of humpback whales in the area has been a game changer, but Spilsbury says she learned about them in a similar casual way.

“It was as simple as talking to a fisherman at the bar and asking if he’d seen any humpback whales and he said ‘Sure, we’ve seen them for 30 years.'” she says.

Labeling themselves “citizen scientists,” they began hitting the waters together in search of the migratory mammals, building a research database of their sightings.

“We didn’t really know what we were doing,” Spilsbury admits. “We weren’t scientists, but we each had our own set of skills.”

They were floored to discover a bountiful Indo-Pacific dolphin population — and then came the humpback whale sightings.

Over time, they were able to discern that the whales were making an annual pilgrimage past Kenya between July and September, traveling from the waters of Antarctica to Somalia to reproduce.

And so another tourism industry was born; one anchored on posters of the pristine, white beaches and azure waters of the Kenyan coast, and now, the odd image of a humpback whale leaping out of the water.

Their main information gathering platform is a WhatsApp group set up to encourage locals to regularly report sightings and strandings of marine mammals.

In 2014, with records and databases growing haphazardly, the team received a boost with the arrival of Michael Mwang’ombe, a young self-taught scientist from Taita in south eastern Kenya.

Mwang’ombe, who wasn’t scientifically trained either, had spent his high school years formulating a plan to get into marine research work and arrived in Watamu to begin working with sea turtles.

After meeting Spilsbury and learning of the research being undertaken, he convinced her to let him help with data collection.

“I remember my first time seeing dolphins, I can’t explain the emotion that I felt then,” he says.

“But then with the whales, I was a bit disappointed, because in school we were taught that they were vicious and dangerous and huge.”

Spilsbury and her team have documented at least 24 species of whales and dolphins in the area.

When Mwang’ombe returned home, he was disappointed by the reaction from locals when he spoke of Watamu’s fantastic marine life.

“I came back all excited and was telling people about my experience but no-one believed me, even with the pictures,” he says.

“They thought I’d downloaded them from the Internet. That moment changed my life — realizing these people who are close to the coast had no idea what was happening out there.

“People were asking if whales eat people, or if they attacked people. I knew this would be my next challenge — educating the locals.”

Mwang’ombe set about working with local fishermen and teaching them how to leverage the whale and dolphin populations as potential income streams for tourism.

Between 2016 and 2018, the fishermen were provided with cameras and asked to snap pictures of any whale sightings while out at sea in order to aid the team’s research.

“People were calling me all the time, they were loving it. It’s just these simple things that make me see the value of the work that I do,” Mwang’ombe says.

“And this from a community that doesn’t really trust anyone — they’ve tried to be directed into a new age before, when they don’t want that.

“For us it’s about listening to them and giving them suggestions, rather than forcing them to do anything.”

Local hotel Hemingways Watamu soon came onboard, offering the team a boat and paying them to take tourists out on whale watching trips.

According to Spilsbury, this means research and sightseeing trips are one and the same, which is a novel experience for tourists.

The fishermen are also relied on to provide updates — a simple WhatsApp message if they see any action, so the boat knows where to head.

Travelers have been choosing to visit Watamu specifically for its whales.

Over the years, the country’s tourism and research efforts have grown hand-in-hand. Both international and domestic tourists began flocking to Watamu for the chance of seeing humpback whales.

As a result, Spilsbury was able to convince the Kenya Tourism Board to try out the marketing moniker “Twin Migration — Whales to Wildebeest” for size, due to both occurring at the same time of year.

Up until that point, the nation’s white sand beaches were often an infrequent tag-on for international tourists on safari holidays.

The migration months were typically low season for the coast, as strong offshore winds blow in seaweed that coats the pristine beaches.

But this seasonal lull is experiencing an upswing, buoyed by the whales.

In 2018, 197 humpback whales were reported in the area, the highest number since records began.

That dropped to just 35 in 2019, due to environmental conditions, but sightings in 2019 have soared once again.

In August, the team at Hemingways had only one whale watching trip that failed to sight any mammals.

Most of these trips were populated by domestic tourists, as international tourists remain elusive in the midst of the pandemic, despite Kenya’s relatively low coronavirus cases.

Melinda Rees, general manager at Hemingways Watamu, says the pandemic has “forced Kenyans to explore their own country, and they’re realizing how amazing it is.”

Pre-Covid, and whales, the hotel would experience 20% occupancy at this time of year, largely due to the unsightly seaweed.

But this September, occupancy levels were hitting 80 to 100%, with bookings almost exclusively from domestic tourists.

“We’re geared to having both markets in Kenya, if one disappears it creates a real challenge,” Rees says, noting that while domestic tourism has been a huge bonus, reinvestment into the hotel hasn’t been possible this year.

And while the advent of tourism has been heartening for Spilsbury, she remains focused on research and conservation efforts. The team has now documented 24 species of whales and dolphins in the area.

“The scientists are saying this is really local and important data and it has incredible value,” Spilsbury says.

“And here we are, just ordinary folk with ordinary skills.”

Now at the helm of the country’s growing marine tourism industry, Spilsbury, who worked for the UK government’s legal service before packing up and moving overseas, believes she’ll see out the rest of her days in Kenya, as “there’s too much to do.”

“Local people didn’t even know where Watamu was [before],” she adds. “But there’s a huge shift now. It’s exciting.” 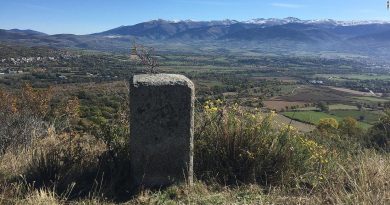 How to Pretend You’re in Paris Tonight 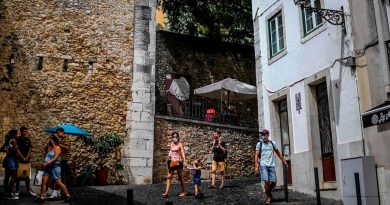