But even the most determined Alberta bear can’t pack on pounds like their chonky Alaska cousins vying for the online title of fattest of them all — and the explanation is fishy for all the right reasons.

“The bears in Alaska are eating salmon close to year-round, depending on where they are in the state,” Alberta bear biologist Sarah Elmeligi told CBC Radio’s Edmonton AM on Monday.

“Some of these fat bears in Fat Bear Week in Alaska are well over 1,000 pounds, and our most dominant males in Alberta would maybe be 600 pounds. So our grizzly bears are probably about half the size of some of these big monsters in Alaska.”

In Alaska, Fat Bear Week — a bracket-style, online-voting competition that begins Sept. 30 — is based around the bear population at Brooks River in Katmai National Park. However, she added, the bulk (pun intended) of the state’s grizzlies hang out at rivers where the salmon are most plentiful.

In contrast, Alberta bears mainly eat plants, berries and insects, occasionally supplemented by small or larger prey, according to an Alberta government fact sheet. In late summer and fall, a grizzly can eat up to 200,000 calorie-rich buffaloberries per day.

That’s still no contest compared to the salmon-fed bears in Alaska and B.C.

“These bears … are putting on several pounds a day because they’re just feasting, I mean, it’s like Thanksgiving every day for two months straight,” said the Canmore-based conservation scientist.

“And our bears here are trying to put their pounds on for hibernation with berries and whatever they can get their little paws on. It just doesn’t even compare to salmon.”

But Elmeligi pointed out that there could be even bigger specimens roaming the province’s more remote wild areas. “We just haven’t met them yet,” she said.

Elmeligi takes genuine delight from Fat Bear Week and encourages everyone to check it out “because it’s pretty hilarious how chunky these guys are.” She’s also glad there isn’t anything similar in Alberta.

“I was thinking a lot about if we had a Fat Bear Week in Alberta … and I instantly was like, ‘Oh, I don’t want everybody running out trying to find the fattest bear,’ because bears in Alberta are very sensitive right now and just trying to eat as much as they possibly can. And we really want to make sure that we’re not disrupting their focus,” she said.

The pressure is on even more for pregnant bears or females with cubs, she added.

Most bears will go into hibernation in October, though some grizzlies will keep foraging into November or even December, she said. That’s why it’s so important for people to give bears space and peace when they see them.

Think of those accidental wildlife sightings as a gift, she added.

“We don’t want to go out onto the landscape to search out bears because they’re just trying to get through their day. But maybe we are just lucky on those opportunities and those times when we do.” 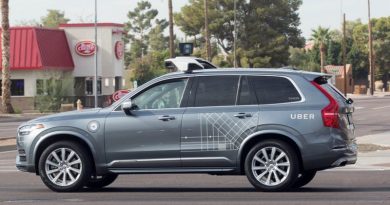