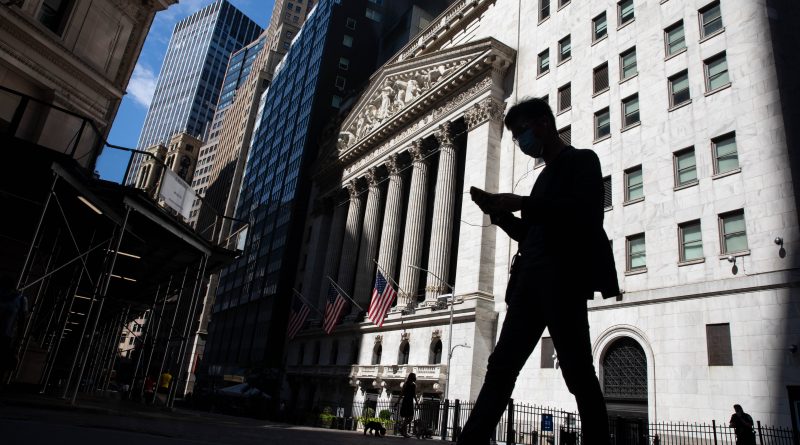 A pedestrian wearing a face mask looks at a smartphone while passing in front of the New York Stock Exchange (NYSE) in New York, on Monday, July 20, 2020.

Positive data regarding a potential coronavirus treatment from Regeneron Pharmaceuticals kept the losses in check.

Futures rose slightly during the debate, but quickly gave up that ground as the debate ended. It wasn’t clear whether the gyrations were related to the contentious comments being traded back and forth by the candidates. Traders are hoping that the start of the debate process will lead to a clear winner on Election Day and not a drawn-out electoral process that could hit the market.

“It was a long night and there’s a lot that needs to be sorted out,” said Daniel Deming, managing director at KKM Financial. “It became pretty apparent that this thing is not going to be over on Nov. 3 and I think the market is probably not too crazy about that.”

President Donald Trump and Democratic nominee Joe Biden sparred on a number of issues, including their qualifications to manage the U.S. economy, the nomination of Amy Coney Barrett to the Supreme Court as well as the U.S.’ handling of the coronavirus pandemic.

Biden came into the debate with an average lead of 6.1 percentage points in recent polls, according to RealClearPolitics. The former vice president was also the favorite to win the election in betting markets heading into the debate.

“Most people come away from it thinking it was an ugly experience,” said Marc Chandler, chief market strategist at Bannockburn Global Forex. “I don’t think it changed peoples’ minds really.”

Many market strategists have cited uncertainty around the election as a key headwind for the market before year-end with each outcome bringing its own risks and benefits. Some investors have raised concerns about a potential Biden win as they fear it could lead to higher corporate taxes and regulations. But at the same time, it could ease concerns about the trade war and lack of stimulus to bolster the economy in the wake of the coronavirus.

Investors are also worried about the potential the Nov. 3 result is too close to call and neither candidate concedes. That uncertainty could particularly weigh on the market.

“As far as the ballots are concerned, it’s a disaster,” Trump said on Tuesday night. “This is going to be a fraud like you’ve never seen.”

“I think we’re going to do well because people are really happy with the job we’ve done. But we might not know for months because these ballots are going to be all over” the place,” he added.

Regeneron said after the close Tuesday its REGN-COV2 drug reduced viral levels and improved symptoms in non-hospitalized coronavirus patients. “The greatest treatment benefit was in patients who had not mounted their own effective immune response, suggesting that REGN-COV2 could provide a therapeutic substitute for the naturally-occurring immune response,” Regeneron Chief Scientific Officer George D. Yancopoulos said in a statement.

The major averages snapped a three-day winning streak earlier in the day, with the Dow falling more than 100 points, or 0.5%. The S&P 500 also closed 0.5% lower and the Nasdaq Composite slid 0.3%. Those losses came amid concerns over a virus resurgence. New York City Mayor Bill de Blasio said the city’s daily positive rate of coronavirus tests is back above 3% for the first time in months.

“Coronavirus infection rates are rising in Europe and the United States as children return to school,” Terry Sandven, chief equity strategist at U.S. Bank Wealth Management, wrote in a note. “We expect the United States to continue its modest pace of economic improvement, though virus growth and a softer labor market are threats.” 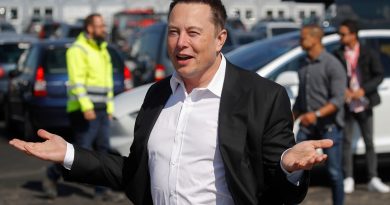 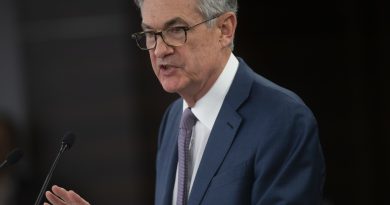 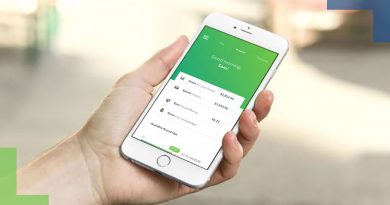