Norman Powell scored 23 points, OG Anunoby added 21 and the Toronto Raptors recovered in the second half after blowing a 21-point lead to beat the Miami Heat 101-81 on Friday night.

Pascal Siakam had 15 points, 14 rebounds and five assists for the Raptors, who never trailed on their way to avenging a 111-102 loss to the Heat on Wednesday night.

“This was pretty much night and day,” Toronto coach Nick Nurse said of his team’s defensive effort. “We were definitely flying around on D. It’s a good two-game scenario in that we learned a lesson. In the NBA, if you come out and you don’t play, you’re going to get beat.”

Kendrick Nunn led the Heat (6-8) with 20 points, but the injury-riddled defending Eastern Conference champions made just seven of 31 3-point shots (22.7%) in losing for the fourth time in six games. Bam Adebayo had 14 points and eight rebounds. 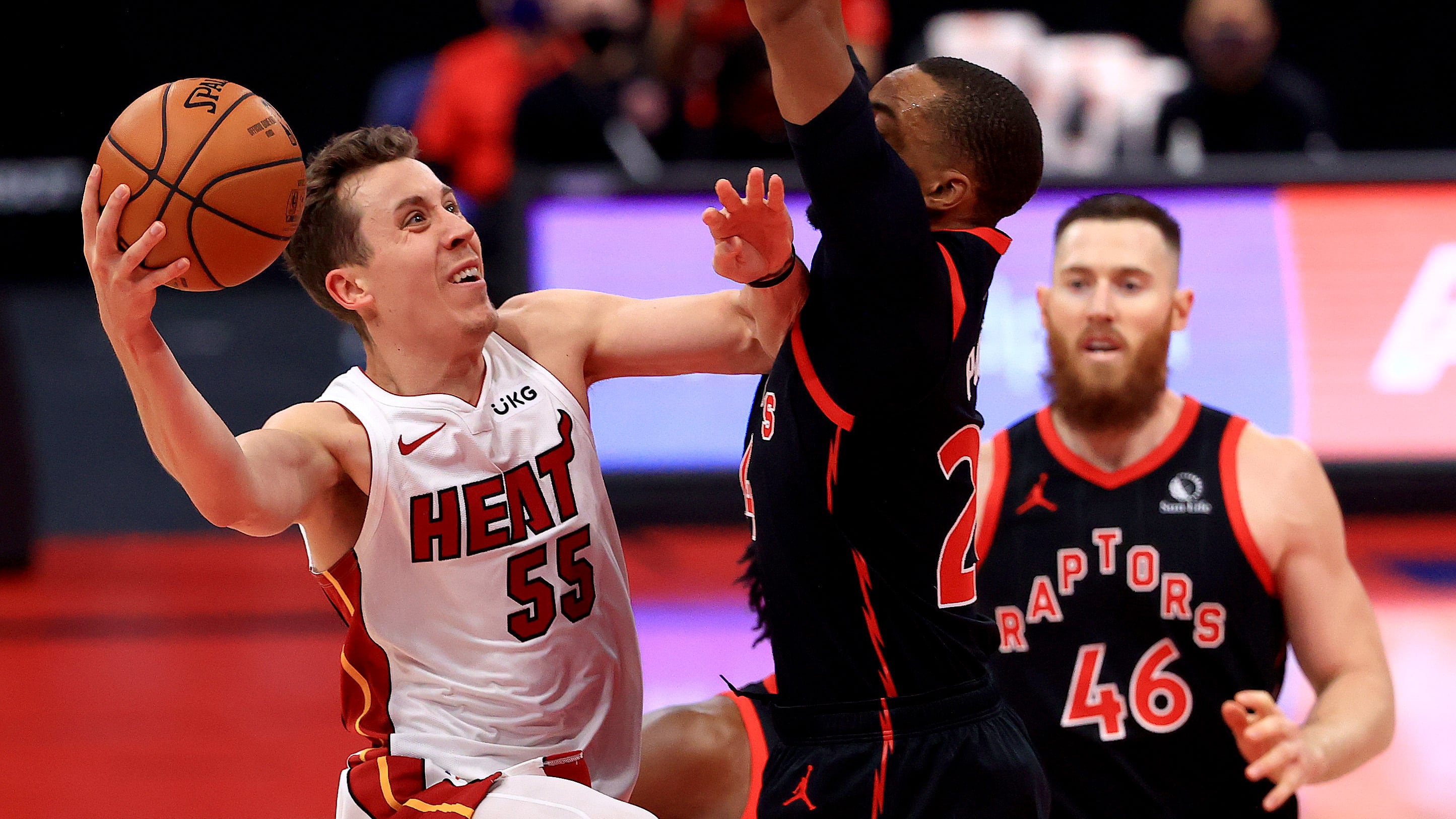 “I thought we did a good job of not getting stagnant. We kept moving, cutting, and we were able to make plays off that movement,” Powell said.

Powell, starting in place of the injured Kyle Lowry, scored 19 points in the first half, and the Raptors survived another dose of Miami’s confusing zone defence.

“We would have had a really good offensive night, too, without all those turnovers,” said Nurse.

Goran Dragic had two layups and a baseline jumper and Gabe Vincent added three layups in a 19-5 Miami run that opened the second half and tied it at 61.

But Powell answered with a layup, launching a 12-0 Toronto run, and the Heat never recovered.

Celtics bounce back from consecutive losses to beat Heat