In a year stacked with adversity, a win wasn’t quite enough for the Montreal Impact Tuesday night.

The squad took a gritty 1-0 victory over Honduran club CD Olimpia in Orlando, where the final phases of the CONCACAF Champions League are being played in a “bubble.”

But the two-leg quarterfinal is scored on aggregate and with Olimpia already holding 2-1 victory from the first outing in March, the Impact needed a two-goal victory to move on in the tournament.

Olimpia will play either MLS side New York City FC or Mexico’s Tigres in a semifinal match on Saturday.

Montreal came into Tuesday’s game as underdogs, with Olimpia riding a nine-game win streak in league play, and Impact coach Thierry Henry was proud of the effort his players put forward. 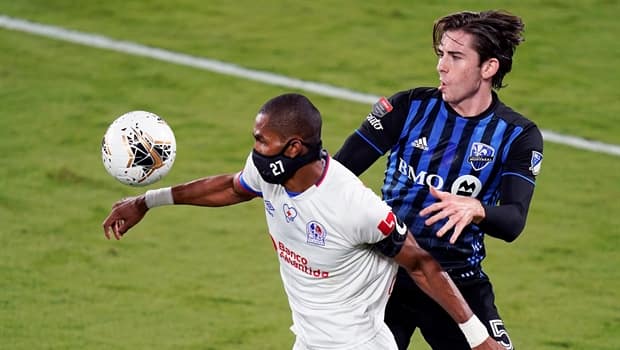 Montreal’s Amar Sejdic scored the only goal in the second leg, but CD Olimpia prevailed on the away goals tiebreaker. 1:11

“We beat a team that didn’t lose for a very long time. And rightly so, by the way, because we deserved to win. But we didn’t score the second goal.”

It had been nearly a month since the Impact last played. The team was ousted from the Major League Soccer playoffs by the New England Revolution on Nov. 20.

The long layoff seemed apparent at times on Tuesday, with Montreal turning over the ball and reacting late.

The Impact seemed to shake the rust off at the break and struck early into the second half when Olimpia lost track of a rebound at the top of the penalty box.

Amar Sedjic deftly swept it up and got a quick shot off, sailing into the bottom right corner of the net to put Montreal up 1-0.

The 24-year-old midfielder had two goals in 14 appearances for the Impact during the MLS regular season.

Montreal was forced to deal with the absences of some scoring threats throughout the year, including Lassi Lappalainen (season-ending shoulder injury) and Saphir Taider (transferred to a Saudi Arabian club mid-season). The club also decided against picking up an option on Bojan Krkic for next season and the Spanish midfielder in turn opted not to play for the Impact in the Champions League.

Sejdic has worked hard in training and taken advantage of an opportunity to be in the starting lineup, Henry said.

“He has a brain for the game. And that’s always a plus. When you can think quicker and see quicker, you don’t need to run fast,” the coach said. “He’s very important to us at the minute.”

Several other Impact players had chances to add a crucial second goal Tuesday, including a late free kick by Mustafa Kizza that was nearly tipped in by Rudy Camacho in injury time. 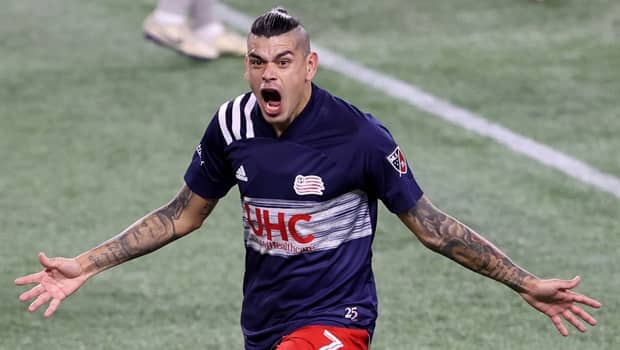 Goalkeeper Clement Diop stopped Olimpia’s sole on-target shot to give Montreal a chance, but the Impact ultimately couldn’t bury the ball behind Honduran ‘keeper Edrick Mejivar, who had three saves.

Winning but not advancing is bittersweet, Sejdic said.

“At the end of the day, you can’t say that we didn’t leave it all out there,” he said. “Guys were fighting, guys were winning second balls, guys were making runs in the box. The final product just wasn’t there when it needed to be. And it is what it is.”

Despite the result, Sejdic said the game shows glimmers of what could be on the horizon for the Impact.

“We fought, we fought hard,” he said. “You can take a little bit of an optimistic point of view in seeing what this group has to offer. There’s a good foundation that we can build off of in this group and kind of apply that for the 2021 year.”

Henry, a rookie head coach, sees hope in the way his group has responded this year.

Though they had to play under unusual conditions — including living for nearly three months in Harrison, N.J., due to border restrictions — the group has never given up, he said. Instead, the club made the playoffs for the first time since 2016.

“This team is brave, wants to play, fight. So we have to keep on doing that. And way better, obviously,” Henry said. “We came short, but there’s a lot of positives to take from this season to take into next season.”

Bills earn 1st sweep of Patriots since ’99 with dominant win