Public health officials failed to cite early warnings about the threat of COVID-19 gathered through classified military intelligence as the pandemic crisis emerged a year ago, CBC News has learned — an oversight described as a strategic failure by intelligence and public health experts.

For over seven decades, Canada and some of its closest allies have operated a largely secret formal exchange of military medical intelligence. That relationship regularly produces troves of highly detailed data on emerging health threats.

The small, specialized unit within the Canadian military’s intelligence branch began producing warnings about COVID-19 in early January of last year — assessments based largely on classified allied intelligence. Those warnings generally were three weeks ahead of other open sources, say defence insiders.

But documents show the Public Health Agency of Canada’s (PHAC) COVID-19 rapid risk assessments — which politicians and public servants used to guide their choices in early days of the pandemic — contained no input from the military’s warnings, which remain classified.

Three of the five PHAC risk assessments — obtained under access to information law by one of the country’s leading intelligence experts and CBC News — show federal health officials relying almost exclusively on assessments from the World Health Organization.

Even those writing the risk assessment reports acknowledged the dearth of intelligence.

“Due to the limited epidemiologic data from China, and limited virologic information available for the etiologic agent, the confidence level for this assessment is considered as ‘low’ and the algorithm outputs remain uncertain at this time,” said the Feb. 2, 2020 PHAC risk assessment report.

The analysts at PHAC were uncertain because — as the world learned later — China was stonewalling the WHO about the extent of the Wuhan outbreak and assuring international health experts that everything was under control.

Meanwhile, in the military medical community, alarm bells were ringing. In the U.S., the National Center for Medical Intelligence (NCMI), located in Fort Detrick, Maryland, was not only gathering raw intelligence through various classified means — it was producing comprehensive assessments of the trajectory of the virus as of last February.

“This coronavirus pandemic is right in their wheelhouse, which is part of their core mission — to be on the lookout for any early indications of infectious disease,” said Dr. Jonathan Clemente, a physician practicing in Charlotte, North Carolina who has researched and written extensively about the history of medical intelligence.

The original purpose of military medical intelligence among the allies was to assess sanitary and health conditions in the places around the globe where their troops were deployed.

But over the years, Clemente said, the mandate evolved to include “preventing strategic surprise” — such as pandemics and deliberate biological attacks.

“So there’s a wide range of reports, from your short-form daily bulletins to long-form assessments,” he said.

“It’s important to know that this is different from, say, the World Health Organization because the NCMI has access to all-source intelligence, meaning they have access to the most secret levels of intelligence, including clandestine human reporting, satellites, signals intelligence and … open [source] reporting.”

The information gathered through such intelligence channels would be knowledge “that other traditional health care and public health agencies” don’t have, he added. It’s also the kind of knowledge that would have informed the Canadian military’s medical intelligence branch as the pandemic was gathering momentum.

The fact that PHAC didn’t track what the military medical intelligence branch was seeing, coupled with changes to the federal government’s own Global Pandemic Health Information Network (GPHIN), represent “a terrible failure,” said Wesley Wark, a University of Ottawa professor who studies intelligence services and national security. He requested the documents through the access to information law.

The auditor general is reviewing what went wrong with the country’s early warning system, including the risk assessments. Flaws in those assessments may have affected the introduction of anti-pandemic measures such as border closures and mask mandates.

CBC News first reported last spring that the military medical intelligence branch (MEDINT) began writing reports and issuing warnings about COVID-19 in January 2020. At the time, a spokesperson for MEDINT would not comment “on the content of intelligence reports that we receive or share.”

A follow-up investigation by CBC News has shed more light on the long-established secret network the allies use to warn each of health threats.

It’s governed by an obscure forum going by a rather clunky name: the Quadripartite Medical Intelligence Committee (QMIC).

A ‘Five Eyes’ network for pandemics

Clemente describes it as the medical equivalent of the better-known Five Eyes intelligence-sharing alliance between Canada, the United States, Great Britain, Australia and New Zealand.

Clemente said that, through U.S. freedom of information law, he has compiled a comprehensive, declassified portrait of the deep health intelligence ties between allies — especially between Canada and the U.S.

He said he also has collected reports and analyses on how NCMI tracked and assessed previous pandemics and disease outbreaks, including SARS, H1N1 and Ebola.

Those assessments — copies of which were obtained by CBC News — are very precise and complete. The U.S. military’s assessments of the novel coronavirus and the disease it causes remain classified, but Clemente said it’s certain that NCMI was doing similar surveillance on COVID-19 which would have been shared with allies.

Wark said Canada’s public health system was redesigned almost two decades ago with the aim of preventing “strategic surprise,” but many of initiatives planned or implemented following the SARS outbreak were allowed to wither away and die.

One 2004 proposal which fell by the wayside was to find a mechanism that would allow PHAC to seamlessly incorporate classified intelligence into its system of reporting.

Greg Fyffe, the former executive director of the Intelligence Assessment Secretariat in the Privy Council Office (which supports the prime minister’s office), said military medical intelligence assessments rarely came across his desk during his tenure a decade ago.

He said that when intelligence reports reach the highest levels of government, they often arrive in summary form and analysts occasionally have to seek out more details.

“There’s so much intelligence information out there that it’s not a matter of saying … ‘I have a little bit of something that you’d like to see,'” said Fyffe. “We’re talking about huge volumes of material which can’t all be shared.”

In a year-end interview with the CBC’s Rosemary Barton, Prime Minister Justin Trudeau dismissed the suggestion that better early warnings could have stopped COVID-19 from spreading to Canada. 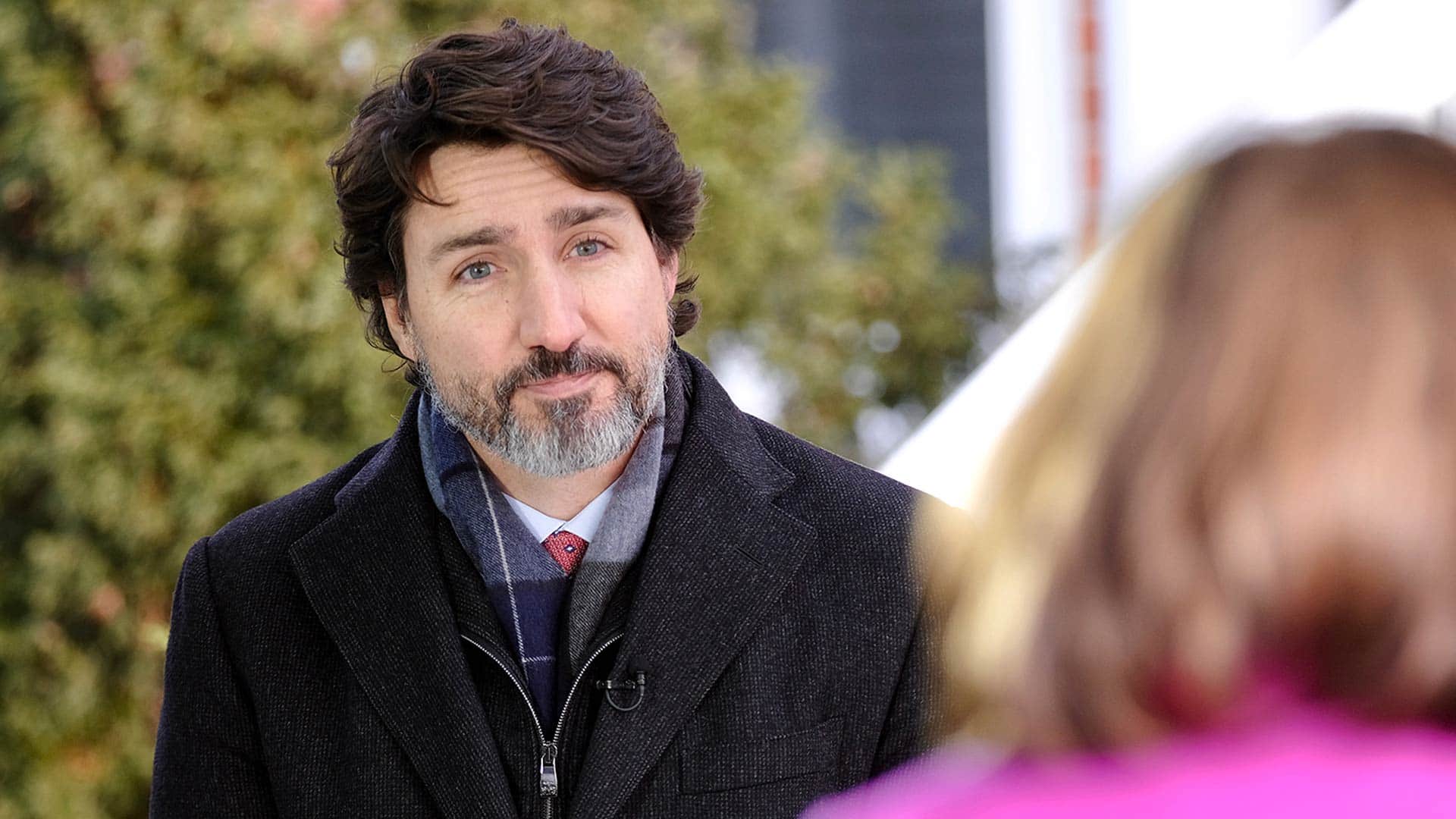 Prime Minister Justin Trudeau talks to chief political correspondent Rosemary Barton about the lessons learned from his government’s early response to the COVID-19 pandemic, what should’ve been done sooner and his conversations with U.S. President Donald Trump about shutting down non-essential travel along the border. 5:58

“I think we used all the resources that we always have to follow and monitor,” he said. “I don’t know that it would have made a huge difference for us to have extra reporting on top of what we were getting.”

The prime minister said that, in hindsight, there were things “we probably would have wanted to have done sooner in terms of preparing,” such as bolstering stocks of personal protective equipment (PPE) and other medical supplies.

‘We could have been much better prepared’

Defence Minister Harjit Sajjan indicated in a year-end interview that he shared the information he had and there were “many conversations” within the government.

While he cautioned that military intelligence alone can’t cover global disease surveillance, he did acknowledge that Canada’s early warning mechanisms need a serious review “from a whole-of-government perspective … making sure we have the right sensors out.”

Preparation is the whole point of early warning, said Wark, who agreed with Trudeau’s assessment of the volatility of the novel coronavirus’s transmission.

“We wouldn’t have stopped it from coming to Canada,” said Wark. “That would have been impossible. But we could have been much better prepared to meet its onslaught, and we were not. We suffered a terrible failure of early warning, of intelligence, of risk assessment.

“And the main lesson that has to be drawn … from the experience of COVID-19 is that we have to fix all of those things. We have to have a better early warning system.”

O’Toole, Blanchet met with dozens of supporters before testing positive for COVID