Shai Gilgeous-Alexander scored 31 points to lead the Oklahoma City Thunder to a 129-116 win over the Brooklyn Nets on Sunday.

Gilgeous-Alexander of Toronto, Ont., was one of six players to finish in double-figure scoring for the Thunder, who won their third straight and beat Brooklyn for the fifth consecutive time.

“It’s been a great road trip,” said Hamidou Diallo, who finished with 25 points,

Al Horford had 22, George Hill added 14, and Montreal native Luguentz Dort and Isaiah Roby had 13 each.

Whereas the Thunder left Barclays Center feeling good about themselves, Brooklyn’s first-year coach Steve Nash had the opposite feeling about his team’s play.

Kevin Durant scored 36 points to lead Brooklyn. The loss was the second straight for the Nets. Caris LeVert added 21 points, Jarrett Allen had 15 points and 10 rebounds, and Timothe Luwawu-Cabarrot scored 12.

“We (have) to toughen up and show a little more pride,” Nash said. 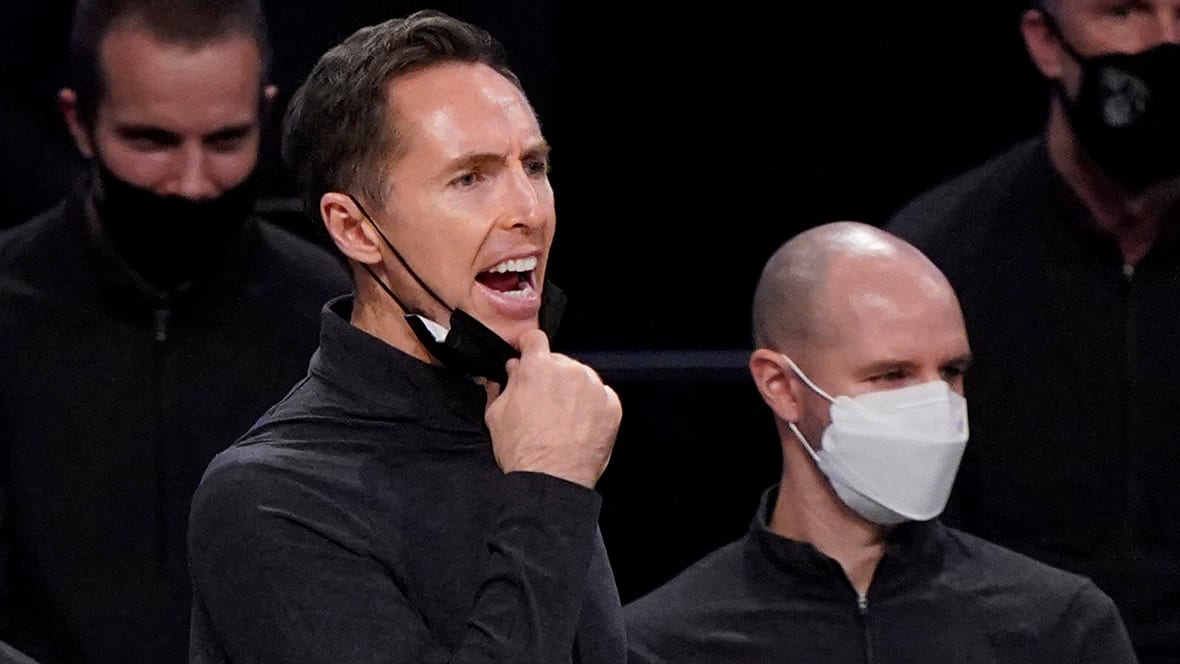 Canadian and former two-time MVP Steve Nash led the Brooklyn Nets over the Golden State Warriors on Wednesday, in his first game as an NBA head coach. 1:22

Making the loss harder to digest was the Nets had gotten Durant back after he had sat out Brooklyn’s previous three games — a stretch in which they won two of three — due to the league’s quarantine policy after being exposed to COVID-19.

“COVID put us under these circumstances and a lot of guys around the league are under protocol, so it was something we knew coming into the season may happen,” Durant said. “I’m glad I’m back playing, [though].”

Midway through the third quarter, Durant drove past Darius Bazley and flipped in a layup as he drew a foul. As Durant strolled to the free-throw line, a frustrated Bazely disgustedly fired the ball off the stanchion.

The three-point play gave Brooklyn a 74-69 lead. It didn’t last, as Oklahoma City went on a 25-7 run to finish the quarter with a 94-81 advantage. The Thunder kept the pressure on in the fourth, as they opened the quarter with a Diallo dunk and a 17-foot jumper sandwiched around a 3-pointer from Theo Maledon.

“We have a team that’s really well-intentioned,” Thunder coach Mark Daigneault said. “We want to run through the finish line.”