Internal problems at the Canadian Museum of History are expected to be resolved in the coming days, now that an investigation into the conduct of long-time CEO Mark O’Neill has been completed.

Michelle Flaherty, the lawyer who investigated a formal complaint related to O’Neill, has recently finished her report and submitted her findings to the museum’s board of trustees.

According to three sources, the complaint was related to O’Neill’s behaviour with employees, as well as his management style and his temperament. O’Neill has been off on sick leave since the summer, leaving the museum in Gatineau, Que., without a full-time leader as the institution deals with the effects of the COVID-19 pandemic.

The final report was provided to the museum’s board of trustees, which came up with a single recommendation that was then submitted to Canadian Heritage Minister Steven Guilbeault, the board said in a statement late on Wednesday.

“We will take all necessary steps to ensure we have the best processes and policies in place to ensure a safe, inclusive and diverse workplace where our employees can grow and thrive,” the board said.

In a separate statement, the office of Heritage Minister Steven Guilbeault said he is “examining the report” and is having discussions with the museum’s board of trustees in relation to its recommendation.

Federal lawyers have been involved in the matter, and the government’s response to the report is expected to be released in coming days, sources said.

Guilbeault’s press secretary, Camille Gagné-Raynauld, said the report will not be made public in order to protect “the privacy rights of the people involved and the confidentiality of the process.”

She added that the federal government has a “zero tolerance policy in relation to workplace harassment.”

“The government of Canada expects national museums to meet the highest standards in terms of respect, healthy working conditions and inclusion. That requires prioritizing, at all times, the physical and mental well-being of all personnel members,” she said.

The federal government has recently dealt with allegations of harassment and toxic workplaces at Rideau Hall, which lead to the resignation of governor general Julie Payette. The Canadian Museum for Human Rights in Winnipeg has faced similar allegations.

O’Neill has headed the Museum since 2011. The complaint against him was filed this summer through Guilbeault’s office.

In a statement, O’Neill’s lawyer, David Law, raised concerns over the confidentiality of the investigation into his client.

“From the outset, Mr. O’Neill raised serious concerns about the process. If those concerns continue to be ignored, there is no way that an accurate or fair report could be produced,” Law said.

Former employees who worked with O’Neill alleged that he was unpredictable, ill-tempered and became extremely angry at times. The sources said that while he has undeniable qualities that explain his rise to the top of the organization, he kept staff constantly on their toes.

Experts and several former employees said the museum is facing the worst crisis in its history.

In addition to the fact that O’Neill went on leave last summer, the museum has been closed to the public for a long period in response to the COVID pandemic and a number of exhibitions and long-term projects have been put on hold.

Yves Bergeron, a professor of museum studies at the Université du Québec à Montréal (UQAM), said the investigation has generated “much insecurity” among staff at the museum. He said the museum needs to be a model for other institutions in terms of creating a healthy workplace environment, pointing out that many similar institutions have been facing internal strife across the country.

“It’s probably the most important museum in the country, this is where the network of national museums started,” he said. “As a major museum, it has a responsibility to act as a model for other institutions.”

RCMP says members have responded to more than 88,000 mental health calls this year 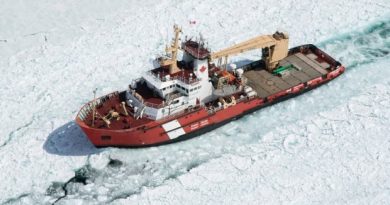