The Canada Border Services Agency (CBSA) is upping its presence at Canadian airports to enforce new restrictions on travel from the United Kingdom, warning that people who attempt to circumvent the rules could face hefty fines.

In an emailed response to questions from CBC News, the border force said agents will be asking additional questions to travellers if it’s believed they may be lying about how they arrived in Canada. That judgment will be made based on officers’ training, the statement said.

All travellers arriving in Canada will be asked if they have been in Europe in the two weeks prior to entering the country, and those who answer yes will be asked if they were in Britain during that period. Travellers who again answer yes will be referred to an official from the Public Health Agency of Canada (PHAC) for further screening and questioning, the CBSA said.

The federal government temporarily halted flights from the U.K. on Sunday in an attempt to stop the spread of a new, potentially more transmissible strain of COVID-19 to Canada. These restrictions are in place for 72 hours but may be “extended or enhanced” beyond then, Public Safety Minister Bill Blair said.

WATCH | Multiple countries, including Canada, halt travel to and from the U.K.:

With a new strain of coronavirus sweeping across southern England, several EU countries have stopped travel to and from the U.K. 3:27

The CBSA statement also noted that failing to comply with the restrictions is an offence and could lead to six months in jail or $750,000 in fines. “Willfully and recklessly” contravening the rules could land you $1 million in fines, up to three years in prison or both.

The border agency said non-citizens who provide false information in response to questions may face consequences when it comes to immigration status.

PHAC said in a statement on Sunday that passengers who arrive in Canada from the U.K. are now subject to enhanced screening measures, including stronger scrutiny of their quarantine plans.

The agency said Canada’s health community was “actively evaluating these mutations to better understand the potential implications in terms of transmission, clinical presentation and vaccine development.”

PHAC also said it was analyzing known COVID-19 cases to see if the variant has already appeared in Canada.

The new restrictions are on top of now-standard travel rules in place since the spring. All travellers entering Canada are subject to screening measures and must quarantine for two weeks once they arrive.

Ontario Premier Doug Ford harshly criticized the federal government’s management of the decision on Monday, saying Ottawa was “ignoring” the province when it comes to testing for COVID-19 at airports.

“At Pearson International Airport, there is no roof, it’s coming pouring in,” Ford said. 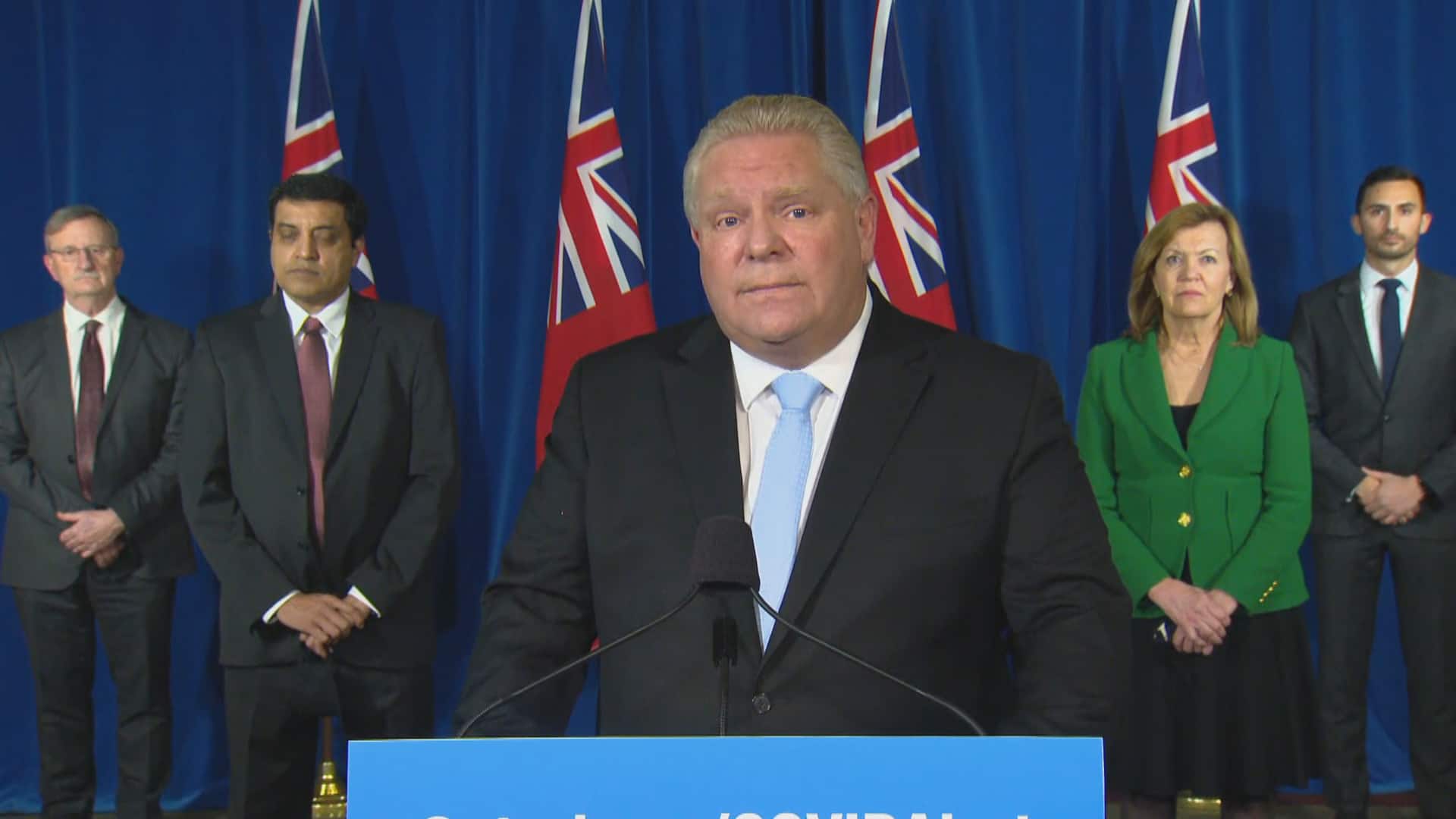 “We will be doing tests at Pearson airport” with or without federal co-operation, he added. Ford made the comments at a news conference at which he announced strict new lockdown measures that will come into effect across Ontario on Dec. 26.

International Trade Minister Mary Ng, speaking Monday on CBC News Network’s Power & Politics, said it was still too early to determine whether the restrictions would need to continue beyond the already announced three-day window.

“We have additional federal border agents that are doing this screening, working with local public health to make sure that there is the right followup to ensure that Canadians are following the quarantine requirement,” she said.

In a statement, Health Minister Patty Hajdu said she was “surprised” by Ford’s remarks, noting that discussions on a testing pilot project at Pearson airport were underway. But she said she was concerned by the shortened quarantine period involved.

Watch:  Mary Ng says feds to rely on experts in deciding on extending flight ban from U.K. beyond 72 hours.: 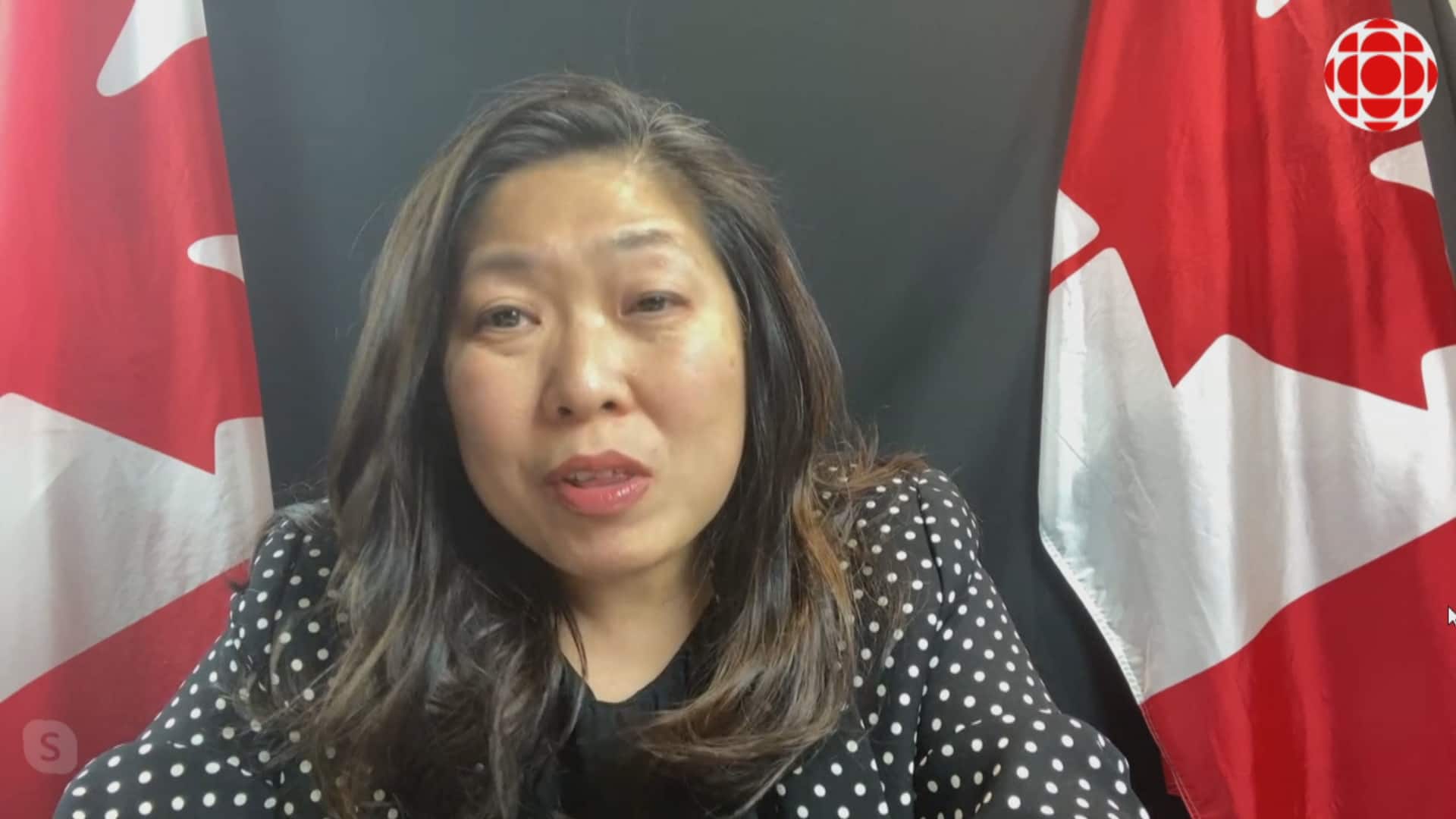 Minister of Small Business and International Trade Mary Ng says the federal government will rely on experts to decide if a ban on passenger flights from the U.K. should be extended after 72 hours in an effort to prevent the spread of a new strain of the coronavirus. 1:47

Meanwhile, the Alberta government strongly urged travellers coming from the U.K. to be tested for COVID-19 after they land in the province.

“The ties between our two countries are extremely close, with many Canadians’ families overseas…. If the Trudeau government is considering a similar travel ban, they need to clearly communicate this to Canadians and their rationale for doing so as soon as possible.”

NDP MP Don Davies said Monday he approved of the government’s decision on the U.K. restrictions, calling it “the cautious and prudent thing to do,” but he questioned whether the three-day window was enough time to gather information.

“I think it’s better to err on the caution,” he said.

Also on Monday, Transport Minister Marc Garneau said the government would be developing new regulations to protect passengers should mass cancellations again occur as a result of a catastrophic event.

“The ongoing COVID-19 pandemic has highlighted a gap in the air passenger protection framework,” Garneau said in a statement. “In the event of a future situation that causes similar large-scale flight cancellations, this gap needs to be closed so that travellers are treated fairly.”

The regulations would affect how refunds are issued to passengers when flights are cancelled for reasons outside of an airline’s control.