The Bengals led 17-0 at halftime and survived a rally by the Steelers, who lost their third straight after 11 consecutive wins to start the season. Pittsburgh didn’t get a first down until more than halfway through the second quarter.

Cincinnati (3-10-1) snapped a streak of 11 straight losses to Pittsburgh in most unlikely fashion, with Ryan Finley at quarterback. The second-year player, making his first start in place of injured No. 1 overall draft pick Joe Burrow, completed seven passes for 89 yards, but his 23-yard touchdown run early in the fourth quarter all but sealed it for the Bengals.

It was the second huge upset of this NFL weekend. Pittsburgh was a 14-point favourite, and the Los Angeles Rams were favoured by 17 before losing to the previously winless New York Jets on Sunday. It was the first time since the 1970s that two teams favoured by 14 points or more lost on the same weekend.

Three weeks ago, the Steelers (11-3) were on track for the top overall seed in the AFC, but now they could end up a wild card. Pittsburgh has tough matchups remaining against Indianapolis (10-4) and Cleveland (10-4), which trails the Steelers by one game in the AFC North.

The Steelers rallied within 17-10 in the second half before Finley ran untouched around the left side for a 23-yard touchdown with 11:21 left in the game to push the lead back to 14.

Pittsburgh scored again on a plunge by Bennie Snell after getting a pass-interference call in the end zone on fourth-and-4 from the Cincinnati 12.

The Steelers got the ball back with 2:17 left in the game at their own 24 but four incomplete passes by Ben Roethlisberger all but finished it. Austin Seibert kicked a 33-yard field goal with 12 seconds left for the final margin.

In the first half, Bernard ran for a touchdown after Pittsburgh lost a fumble and then caught a 14-yard pass from Finley for a score, two plays after Roethlisberger was picked off by Mackensie Alexander.

The Bengals held Roethlisberger to 19 passing yards in the first half. He finished 20 for 38 for 170 yards with a touchdown and an interception.

Bernard had 25 carries for 83 yards as the Bengals stuck to a ground-heavy approach with Finley under centre.

There were more Terrible Towels than Bengals jerseys in Paul Brown Stadium, where the limited crowd was announced at 10,249.

Finley was the third starting QB for the Bengals this season. Burrow suffered his season-ending knee injury on Nov. 22 and Brandon Allen started the next three games, all losses. Allen suffered a knee injury in a loss to the Dallas Cowboys on Dec. 13.

With a first-quarter sack, Steelers LB T.J. Watt joined Hall of Famers Reggie White and Derrick Thomas as the only players to record at least 13 sacks in three of their first four seasons.

Steelers’ fullback  Derek Watt went to the locker room with a possible concussion in the first quarter and was ruled out. TE Eric Ebron suffered a back injury in the second quarter and did not return. 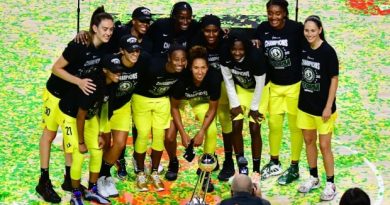