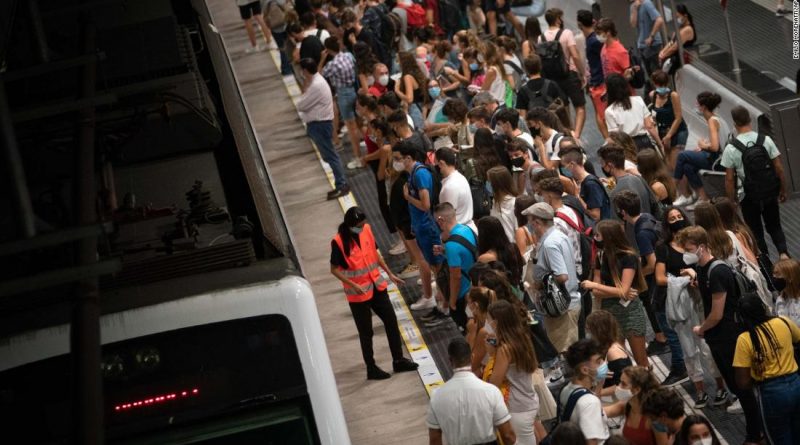 Europe’s hospitals are now better equipped for treating Covid-19. Measures such as social distancing and mask-wearing have become the norm and the latest spread of infection has been primarily among younger people, who are less likely to die if they contract the virus.

Yet colder weather is beginning to set in and the flu season is approaching. The infection is spreading to older populations, and there are signs that people are growing tired of adhering to the restrictions.

“Obviously we don’t really have any ways of preventing Covid from going around, other than the lockdowns or social distancing measures and so on; we don’t yet have a vaccine,” Michael Head, senior research fellow in global health at the UK’s University of Southampton, told CNN.

While he does not expect deaths to reach the levels seen in the first wave, Head added: “We’ll see a lot of spread of cases, we will see a lot of hospitalizations, and a lot of burden on our health service.

“There will also be a big death toll.”

From young to old

Coronavirus cases reported across Europe reached a record high of 52,418 over a rolling seven-day average on Tuesday, according to CNN analysis of Johns Hopkins University data. But there were just 556 new deaths reported, compared with a height of 4,134 daily fatalities (from 31,852 cases) from the seven-day average on April 10.

That compares with a seven-day average of 44,547 cases and 722 deaths on Tuesday in North America, which has a population of 366 million compared with Europe’s 750 million people.

Hospitals are now better able to diagnose and treat the virus, meaning mortality rates for ICU patients in some European countries have dropped from about 50% during the spring to roughly 20%, Head estimates.

But Bulgaria, Croatia, Malta, Romania and Spain have all been seeing sustained death rate increases.
In the first week of September, the biggest proportion of new cases was still among 25- to 49-year-olds, according to the World Health Organization’s Europe director, Hans Kluge. But there was also a rise in cases in older groups, aged 50 to 79.

Head warned that the uptick in cases “will at some point translate into infections in older populations who have higher mortality rates.”

“We are seeing rates of cases in older populations and vulnerable populations increasing again across all European countries,” he said. “So it’s a very predictable pattern actually, that across the UK and France or Spain we’ve seen younger populations being affected, and then about four to six weeks later … we’re starting to see elderly people being infected.”

Head added that more cases in the community means more opportunities for the virus to get into institutions such as care homes, with “a big increase in care home outbreaks here in the UK, over the last month or so.”

The arrival of the flu season is also a “huge concern” because of the potential burden on health services, Head said. France, which reported its highest daily rise in case numbers of 13,498 last Saturday, saw the number of people in intensive care rise 25% last week.
Deaths are not the only problem. The pressure on hospitals is also increased by the number of “long-haulers,” those who are suffering adverse effects from coronavirus more than a month after they were ill. “Even in younger fitter people, we’re still seeing about 10 to 20% who are having longer-term consequences beyond the initial infection,” said Head.

He said this would mean “further stresses on the health services over the next few months and indeed for years to come.”

Peter Drobac, a global health physician and director at Oxford University’s Skoll Centre for Social Entrepreneurship, told CNN it would be “irresponsible” if Europe allowed the death rate to get back to April’s levels.

He said that while “we haven’t detected any kind of seasonal pattern with this particular virus,” the real risk is that the cold weather could force people back indoors, where transmission is more likely.

While most countries now have greater testing capacity, Drobac said “increased testing does not explain the rise in cases that we’re seeing in most settings” since we’re also seeing a higher percentage of tests coming back positive.

“It’s clear we’re losing control of this,” he said.

“We know enough about how the virus behaves — how it’s transmitted, how to control it, how to treat it when people do get infected — that we should be able to make sure the second wave of infections isn’t devastatingly large, because that’s ultimately what’s going to lead to a larger death toll, it’s when health systems start to get overwhelmed.”

The approach to the second wave of infections varies across Europe. Leaders are trying to balance protecting public health with avoiding catastrophic economic damage from national lockdowns.

Spain reported a record 14,389 daily cases last Friday. In Madrid, which accounts for a third of its cases, residents in 37 areas are only allowed to leave their homes to go to work, school or for medical reasons, and parks and playgrounds were closed from Monday.

The UK, which reported its highest case number since April on Wednesday, has restricted gatherings to six people and will close pubs and restaurants at 10 p.m. The Czech Republic, which reported a record number of coronavirus infections on Friday, reintroduced indoor mask requirements earlier this month.

“The bottom line is the second wave is here in many countries in Europe already,” said Drobac. “Our actions in the next couple of weeks, and throughout the winter, are going to be critical to stemming the spread but if we don’t get a handle on it soon, particularly in places like the UK, Spain and France at the moment, we will certainly see a surge in deaths.”

Drobac said Europe once again needs to “flatten the curve” through social distancing and hygiene measures as well as robust testing and contact tracing.

“In many ways, we think winter could be a perfect storm. That’s why I wish we could have used our summer a lot better, to really crush the virus and make sure we were in better position for it.” 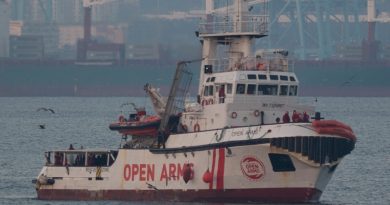 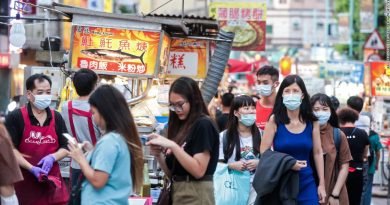 Taiwan led the world in closing down for Covid-19, now it wants to do the same with opening back up