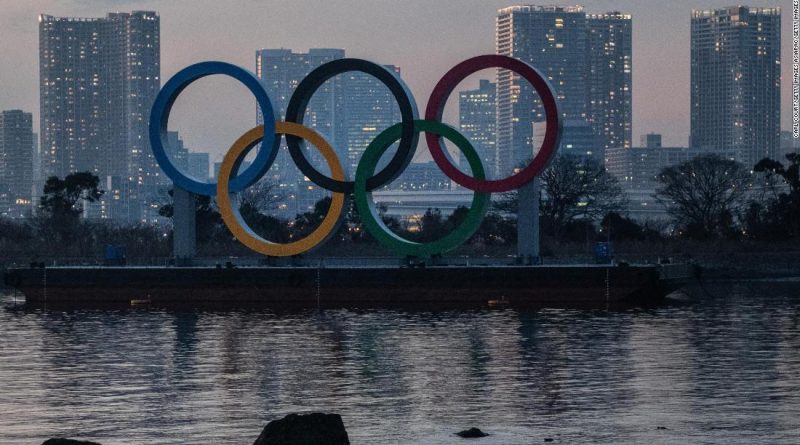 “I think a lot of people had this vested belief that once the vaccine started to roll out, that would really spell the end of Covid and what we would see is that transmission rates would start to plummet, things would get more controlled and we would have some ability to go back to a more normal lifestyle,” Jason Kindrachuk, an infectious disease expert at the University of Manitoba in Canada, tells CNN Sport.

“The fact is that even with good vaccine rollouts in a number of regions of the world, we’re having trouble getting a hold on transmission.”

Athletes happy to wait their turn

Bach also said organizers would “undertake a great effort” to ensure that “Olympic participants and visitors will arrive (in Tokyo) vaccinated,” while also rejecting suggestions that vaccinations would be mandatory for athletes — something echoed by Tokyo 2020 CEO Toshiro Muto during a conference call on Wednesday.

Where Olympic participants rank in the priority list for a vaccine is likely to be a topic of contention. Among athletes, the general sentiment is that they are prepared to wait.

“I think everyone — as far as I can tell on Team USA — is on the same page,” steeplechaser Colleen Quigley, who competed at the 2016 Rio Olympics, tells CNN Sport.

“Yes, we want to get vaccinated so we can safely go to the Games and we can safely have an Olympic Games, but also realizing that we’re not first on the list.

“There are plenty of people, old people and people who are working in grocery stores and who are teachers and in hospitals — all these people who are on the front lines, they definitely are going to be in front of us.

“We’re all pretty young, healthy individuals. And we’re just going to wait our turn. I feel as much as we want it, we realize we’re not going to be first in line. And I think everyone’s totally fine with that.”

There could also be logistic hurdles when it comes to vaccinating athletes on a global scale — especially given how vaccine access, often tied to national wealth, varies around the world.

“We already have issues in high-income regions of trying to get vaccines rolled out in areas that bought millions of doses and trying to figure out: how do we actually target people that are high risk versus those that maybe don’t fall politically within that sphere of high-risk disease?” says Kindrachuk.

“Then you start looking at more middle- or low-income areas of the world — they’re not even at a point of being able to think about what the vaccine rollout is going to look like because of the logistical concerns, storage concerns and the fact that the majority of doses have already been bought up by the wealthiest countries in the world.”

When contacted regarding vaccine rollout issues, the IOC pointed to a statement released on Tuesday outlining a “toolbox of Covid-19 countermeasures” to be implemented during the Games, including “immigration procedures, quarantine measures, testing, personal protective equipment, contact tracing and vaccinations.”

“The IOC continues to strongly support the priority of vaccinating vulnerable groups, nurses, medical doctors and everyone who is keeping our societies safe.

“The IOC will work with the NOCs [National Olympic Committees] to encourage and assist their athletes, officials and stakeholders to get vaccinated in their home countries, in line with national immunization guidelines, before they go to Japan.

Tokyo 2020 organizers told CNN Sport that meetings were held last year about how the Games could operate even without vaccinations taking place, adding: “It is our understanding that vaccination policies are being formulated by the government of Japan and other bodies.”

More than 11,000 athletes from over 200 countries took part in the Rio Olympics. Add in support staff and media personnel and the IOC has a major logistical and health challenge on its hands in the age of coronavirus, especially with the Games just six months away.

“All of those are potential wheelbarrows for the virus coming into the community … You look at this idea of putting people into an international location from all over the world — we only need one individual to kick off that transmission chain.”

Tokyo was placed under a state of emergency earlier this month as Covid-19 cases reached record levels, and across Japan members of the public are concerned about holding the Games given the current state of the pandemic.
A recent poll by Japanese public broadcaster NHK found that 77% of respondents felt the Olympics should be postponed again or completely canceled, with only 16% in favor of holding them this year
The Australian Open, which gets underway on February 8, has provided a snapshot of the potential difficulties facing Olympic organizers, who say they have been monitoring events in Melbourne as well as sporting competitions elsewhere.

A total of 72 players were placed under strict, 14-day hotel quarantines ahead of the tournament following positive tests on their flights. Others have been allotted five hours each day to train in bio-secure bubbles.

Following concerns that those quarantining players would be disadvantaged during the tournament, organizers amended the warm-up schedule and also announced that practice sessions, gyms and ice baths would be prioritized for players who had been placed under hard quarantine.
There’s no doubt that reducing onsite transmission will be one of the main challenges facing Olympic organizers, and leagues like the NBA have demonstrated how sporting “bubbles” can operate effectively.
But only 22 teams were present in the NBA bubble, each with a roster no larger than 15.
“It will be very difficult to eliminate infection risk with a group that size,” Professor Alastair Grant of the University of East Anglia tells CNN Sport, reflecting on the challenge of trying to cope with thousands of athletes living together in the Olympic Village where competitors are traditionally based.

“If you lock people up in their rooms as they have done for the Australian Open, you can reduce the chance of that happening. But it’s really very hard to control transmission in a large group, communal-living fashion.”

As they continue to evaluate how to host the Olympics safely, organizers have also had to quash reports saying the Games will be canceled altogether.

Last week, the Times of London, citing an unnamed senior member of the ruling coalition, said Japanese authorities had privately concluded that the Olympics could not proceed amid the pandemic — a report labeled as “categorically untrue” by the IOC.

Tokyo 2020 organizers, meanwhile, offered assurance that they were “fully focused on hosting the Games this summer.”

At a press conference on Wednesday, Bach reiterated that the IOC is “confident” of delivering the Games safely.

“We are not speculating on whether the games will take place, we are working on how the Games will take place,” he said, adding that “more than 7,000 sports events have been organized by the international federations this winter … and none of them developed into a hotspot (of infection).”

Meanwhile, the final artistic swimming qualification event ahead of the Olympics due to be held in Tokyo in March has been postponed until May amid travel restrictions in Japan, organizers announced on Thursday.

The event, originally scheduled to take place from March 4-7 at the Tokyo Aquatics Center, was also set to double up as an Olympic test event with Covid-19 countermeasures in place. 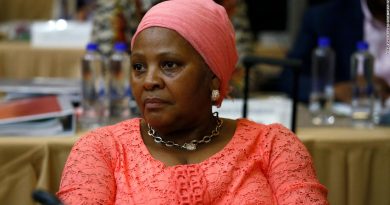 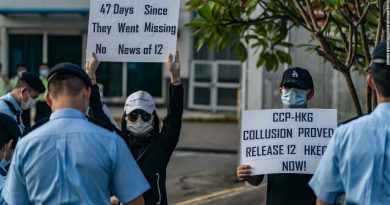