Vardy is suing Rooney for libel after Rooney accused someone using Vardy’s Instagram account of sharing personal stories with a British newspaper.

The long-running saga erupted last October when Rooney publicly revealed the results of her own investigation into the alleged leaks, and has earned the nickname “Wagatha Christie” in the British media due to the pair’s status as high-profile “WAGs” to footballers Wayne Rooney and Jamie Vardy.

Lawyers for Vardy said on Thursday that Rooney’s claim had made her out to be a “villain,” PA Media reported, but denied that Vardy was involved, as her case against Rooney began in London’s High Court.

Rooney’s lawyer David Sherbourne told the court that she had put fake stories on Instagram in a “sting operation” to test for leaks among her followers, and that her digital detective work pointed at Vardy’s account as a likely culprit, PA reported.

Rooney’s post announcing her sleuthing drew widespread fascination and tongue-in-cheek coverage in the UK, where the private lives of footballers’ wives and girlfriends are frequently splashed across newsstands.

But Vardy’s lawyer told the court: “The fact that both women are married to professional footballers has led to this action being trivialized in some media coverage as ‘Wag wars,’ but the impact on Mrs. Vardy was not trivial.”

The first day of the trial focused on what precisely Rooney was implying in her post. Vardy’s lawyers argued that she was pointing the finger directly at their client, but Rooney’s legal team said she made clear that it was Vardy’s account, and not necessarily Vardy herself, which had been linked to the fake stories that appeared in tabloids.

Rooney’s accusation “leaves the reasonable reader in no doubt that the defendant is accusing the claimant of consistently and repeatedly betraying her trust over several years,” Vardy’s lawyers said. “In fact, she did nothing wrong. Whatever leaks there were did not come from her.”

But Rooney’s lawyers said: “The impression the reader would take away would be the essential message, that it was Rebekah Vardy’s account that was the source of private stories about the defendant appearing in The Sun — not Rebekah Vardy herself.

“The impression the post gives the ordinary reader stops short of guilt. Mrs. Rooney intends to defend these words as true in whatever meaning.”

CNN has contacted lawyers for both Rooney and Vardy for comment.

Neither were present in court on Thursday, and it is not known whether they will take the stand during the proceedings.

Rooney’s husband Wayne is England’s record goalscorer and is currently playing for Derby County, having retired from the international game. Jamie Vardy plays for Premier League side Leicester City but has also stepped away from international football. 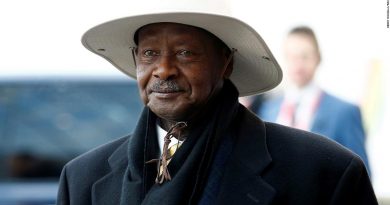 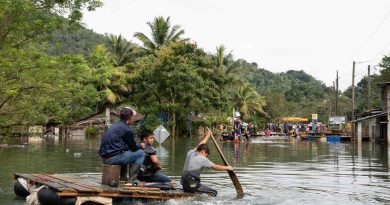 ‘That roof over there is mine’: Guatemala’s flooded communities | Latin America News