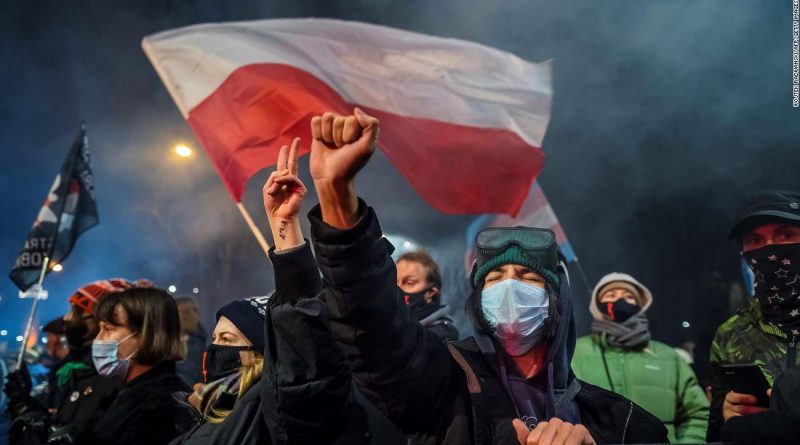 The unexpected announcement that the ruling would take effect on Wednesday sparked nationwide protests, despite a ban on gatherings due to Covid-19 restrictions. On Thursday the government extended the restrictions a further two weeks until February 14.

More demonstrations against the ruling have been planned for Thursday and Friday in the capital Warsaw and towns across the country.

The ruling, which was handed down by Poland’s constitutional tribunal court in October, states that abortions may only be permitted in cases of rape, incest or when the mother’s life is in danger.

That announcement sparked weeks of mass protests, some of the largest the country had seen since the Solidarity movement of the 1980s, which helped end Communist rule, analysts say.

Abortion has emerged as one of the most divisive issues since PiS took power in 2015, promising poorer, older and less-educated Poles a return to a traditional society mixed with generous welfare policies, Reuters reports.

The court’s verdict was published in the official gazette late on Wednesday.

“This idiotic ruling will not prevent abortions,” said Cezary Jasiński, a 23-year-old student, standing in front of the Constitutional Tribunal building in central Warsaw.

Last year’s protests quickly morphed into an eruption of anger against the government, particularly among young people, suggesting PiS may face a fresh challenge from new voters in coming years.

On Wednesday, officials said the government would now focus on assisting parents of disabled children, although PiS as well as its centrist predecessors have been accused by critics of not doing enough in that regard.

“The state can no longer take a life away only because someone is sick, disabled, in poor health,” PiS lawmaker Bartlomiej Wroblewski said.

The party denies opposition criticism that it had influenced the court, called the Constitutional Tribunal. It is one of the judicial bodies PiS overhauled during reforms that the European Union said has politicized the courts.

Budka criticized PiS leader Jarosław Kaczyński on Twitter: “By setting fire to Poland, he wants to cover up the traces of the government’s defeat in the fight against covid, the failure of the vaccination program and the drama of entrepreneurs. But this time, he will not escape the responsibility.”

Access to abortion has declined even without the legislative curbs as more doctors refuse to perform them on religious grounds and many women seek abortions abroad.

In a justification published on Wednesday, the tribunal left open the possibility of the parliament regulating some circumstances covered by the law.

Marek Suski, a PiS lawmaker, said the party would consider introducing new rules that could allow the most extreme fetal deformities to be excluded. But political commentators say consensus between PiS and its arch-conservative governing allies would be difficult to achieve.

“In cases when the fetus doesn’t have a skull or has no chance to live outside the womb, there should be a choice. We will work on this,” Suski told public radio.

Opinion surveys have shown some decline in PiS popularity in recent months, but an opinion poll by the government-affiliated CBOS pollster showed it edging back up to 35% this month, from 30% in October. PiS and its two small parliamentary allies won re-election in 2019 with a 44% share of the vote. 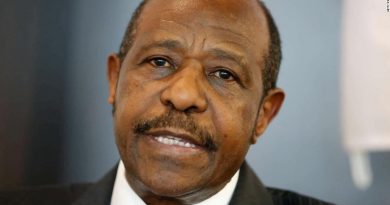