Eta might have weakened to 35 mph winds, but the lingering tropical depression is still forecast to dump another 5 to 10 inches of rain in some areas of Central America. That means parts of eastern Honduras and eastern Nicaragua — which have already been inundated by heavy rain — could see up to 40 inches of rainfall total over the course of the storm.

As of Thursday afternoon, the storm was about 60 miles west of the city of La Ceiba along Honduras’ northern coast, and it was moving at just 8 mph.

“Because of the slow-moving nature of this storm, it has resulted in catastrophic rainfall and sets up the potential for deadly landslides and flash flooding,” said CNN meteorologist Jennifer Gray.

The NHC warned this could produce “catastrophic, life-threatening flash flooding and river flooding,” and landslides in parts of Central America with higher terrain.

“The mountainous terrain across Central America makes it even more vulnerable when it comes to flash flooding and landslides,” Gray said.

The Cayman Islands were under a tropical storm watch, per the NHC.

Eta made landfall along the coast of Nicaragua as a Category 4 hurricane Tuesday afternoon, devastating the region.

At least four people have died in Guatemala, including two children, according to the Guatemala Civil Protection Authorities. Those deaths are linked to two landslides, according to Dave de León, spokesman for the National Coordinator for Disaster Reduction (CONRED).

More than 1,800 people have been evacuated and 400 are in shelters, according to the latest government count. Additionally, more than 33,000 people have been impacted by landslides and floods, leaving several communities isolated.

In Honduras, President Juan Orlando Hernández said Thursday the rainfall from Eta posed a risk to the country. Honduras’ Permanent Contingency Commission said on Wednesday that more than 2,000 people were evacuated and that Eta destroyed five bridges, 14 roads and 339 homes.

Storm could reintensify before hitting Florida

After making landfall, the storm’s intensity weakened quickly, dropping to a tropical depression by Wednesday evening.

But Eta is expected to strengthen back into a tropical storm as it moves over the northwestern Caribbean Sea on Friday, the NHC said, before approaching the Cayman Islands on Saturday.

The storm’s future track remains uncertain, but the NHC warned that the effects of Eta’s wind and rain could be felt in southern Florida and the Florida Keys this weekend and early next week.

There is still a lot of uncertainty about the strength with which Eta will reach the US coast, but it is likely to continue to bring heavy rain, life-threatening flash flooding, river flooding and landslides, CNN meteorologist Derek Van Dam said.

But rainfall totals depend on Eta’s track, the NHC cautioned.

“Many computer forecast models agree this storm will regenerate over the northwestern Caribbean Sea on Friday and track toward Cuba,” said CNN meteorologist Judson Jones. “Once the cyclone moves over Cuba, the models are consistent in showing the impacts to southern Florida, but not exactly where those impacts will be — leaving low confidence in precisely where this storm could go at the beginning of next week.”

“It could mean one landfall or even two landfalls in Florida,” he added. “Anywhere from Miami, all the way around to Pensacola.”

Southern Florida is already saturated from an active 2020 Atlantic hurricane season, which has tied with 2005 for the record number of named storms in a single season. 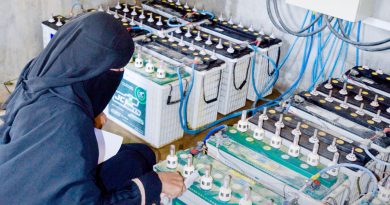 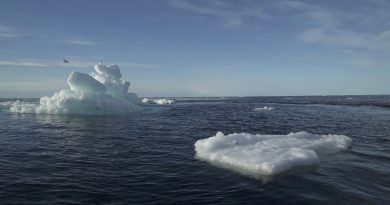 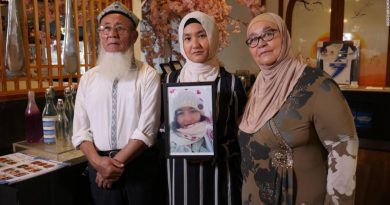 How China tries to silence Uyghur families outside of Xinjiang