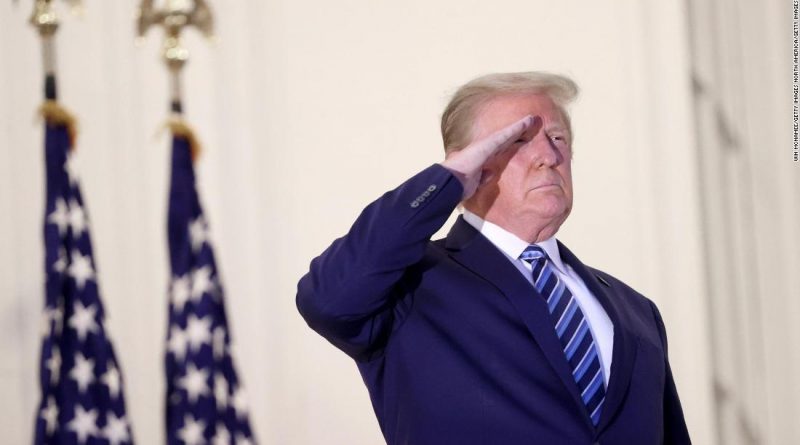 “It wasn’t your fault that this happened, it was China’s fault,” Trump said in a video from the White House Wednesday, in which he touted his own recovery from the virus that has infected multiple top administration officials, and touted a supposed cure. “China’s going to pay a big price what they’ve done to this country.”

China has been advancing its territorial claims in the South China Sea, the Himalayas, and over the self-ruled island of Taiwan, all areas where the US is already engaged militarily or could easily be dragged in by any conflict. In recent weeks, the People’s Liberation Army has released a flurry of videos touting its ability to take on the US, while state media has run propaganda warning Washington not to test Beijing, and playing up the 70th anniversary of China’s entry into the Korean War, known in Chinese as the “War to Resist US Aggression and Aid Korea.”

Trump’s promises to make China “pay” is more likely a reference to pushing Beijing on trade, a key focus of his administration, but even there, it is not clear that continued aggression will pay off, with both countries hurting from the ongoing trade war and China becoming increasingly intransigent after months of stalled negotiations.

Beijing may be hoping for a reset come November, whether Trump wins a second term and feels able to tone down his rhetoric, or is replaced by Democratic candidate Joe Biden.

In the vice presidential debate Thursday, Trump’s deputy Mike Pence largely dodged the question of Washington’s relationship with China (as did his rival, Kamala Harris), instead pivoting to attack Beijing for its handling of the pandemic.

“China is to blame for coronavirus,” Pence said, in an answer that was censored in China itself, with CNN’s feed of the debate cut while Pence was speaking. “President Trump is not happy about it, he’s made that clear. China and the World Health Organization did not play straight with the American people.”

Such answers are clearly aimed at a domestic audience, with the administration looking to divert the blame for its own alleged mishandling of the pandemic, which has hit the US worse than any other country.

But it’s not clear that Pence or Trump’s approach is wise there either. As Harris noted during the debate with Pence, Washington knew as early as January about the potential danger of the virus, which was still then largely confined to China, but did not take major action until it had arrived in the US.

“Can you imagine if you knew on January 28 as opposed to March 13 what they knew? What you might have done to prepare?” Harris said. “They knew and they covered it up.”

Multiple other governments much closer to China and exposed to the pandemic earlier reacted faster and handled infections better than Washington, including Taiwan and Vietnam, both of which are now largely virus free.

Few people outside of Beijing deny that Chinese authorities bungled their initial response to the virus, minimizing the danger and censoring warnings from doctors until it was too late, but since then China has successfully stamped down on new waves and controlled infections nationwide. The country is currently enjoying an eight-day national holiday, with crowds flocking to tourist sites as normal, a stark contrast to much of the world.

Trump has long sought to blame the pandemic on China, but this chain of causation only goes so far. He has to hope that when they vote next month, enough Americans will not decide that it was his actions, regardless of how the virus started spreading, which led to the dire situation the country is now facing. 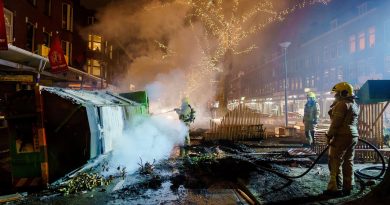