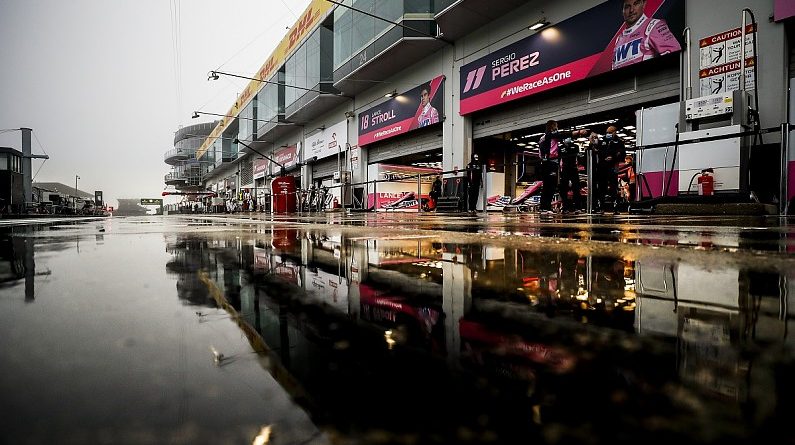 The second Formula 1 practice session for the 2020 Eifel Grand Prix has been cancelled due to poor weather conditions at the Nurburgring.

After the event’s opening practice session was called off on Friday morning, with the track’s medical helicopter unable to fly safely to its destination hospital if there was an emergency due to fog, conditions did not improve during the two-and-a-half hour gap between FP1 and FP2.

As rain fell steadily and temperatures remained rooted to 10-degrees air and 13-degrees on the track’s surface, the FIA communicated a repeat message that the medical helicopter was still restricted 15 minutes before FP2 was set to start at 1500 local time.

The helicopter restrictions means no track action can take place in such circumstances, as the nearest hospital is over 20-minutes – the FIA’s maximum allowance – by road.

FP2’s 90-minute time remaining countdown started as scheduled at 1500, with the FIA immediately announcing the next update would be given at 1530.

When that point was reached, race control stated another update would be provided at 1600 and at that stage the session was then abandoned.

Speaking to Sky Germany, F1 race director Michael Masi said: “We’ve been seeing it come in and out all day, so we’ve been operating on the 30-minute interval [procedure] with updates, working with local air traffic control, with the helicopter pilot, for the medical helicopter, and fingers crossed, I can’t promise anything, but certainly unique weather conditions in the Eifel region!

“The main problem, the weather and dampness is fine. 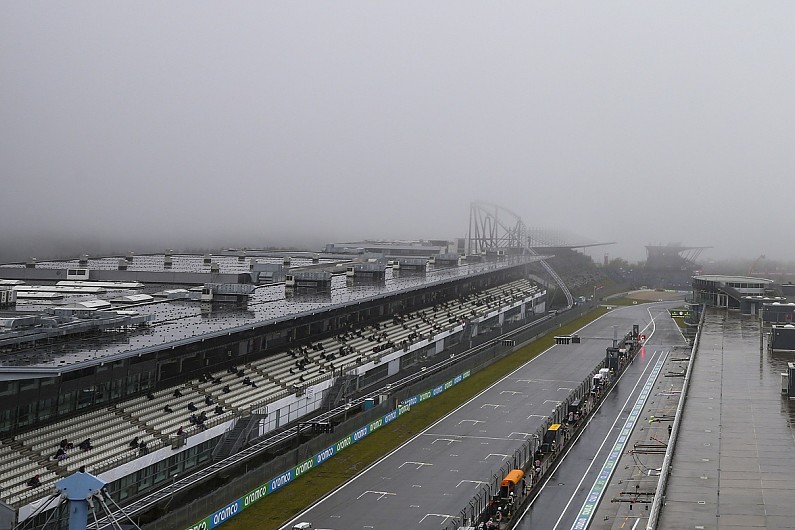 “It’s just the medical helicopter is not able to fly to the receiving hospital due to fog, so even though we have the broadcast helicopter that’s flying only around the circuit, to go from here to any of the hospitals should something happen, it’s not possible, and therefore from a safety perspective, we would not start the session.

“The forecast looks better [for the rest of the weekend], but we’re also working on some back-up plans should we have a similar situation to be able to try and work around.

“We’ll work on the back-up plans and then advise everyone accordingly at the same time.”

After FP2 was cancelled, the teams will be left with just a single scheduled practice session – the one hour of running in FP3 – before qualifying.

Next month’s Emilia-Romagna GP at Imola will have a single 90-minute practice session before qualifying at the Italian track as part of an experiment with a condescend schedule to be run over two days of track action.

Autosport has contacted the FIA to clarify if the Eifel GP schedule can be altered given the lack of support events on the schedule compared to normal F1 races.

The Eifel GP features support category action from “Touring Car Legends”, which was set to have one practice session, qualifying and two races – whereas F1 is generally supported at European events by F2, F3, and the Porsche Supercup series.

The 2020 Porsche Supercup championship ended at Monza, where Larry ten Voorde clinched this year’s title, while the 2020 F3 season finished at the Tuscan GP last month, where Oscar Piastri was crowned as champion.

The 2020 F2 season will resume at the Bahrain GP and conclude with a round supporting the Sakhir circuit’s second F1 race using its outer-loop layout. 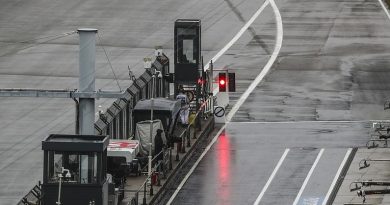 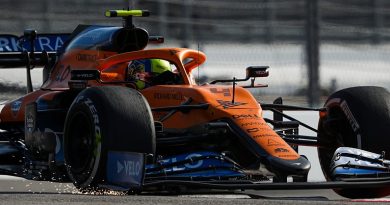