The prospect of locking society down again the way we did in the first wave of COVID-19 — and the collateral damage that comes with it — is daunting.

The financial devastation on businesses forced to close and lay off employees, the increase in mental health issues, the halting of elective medical procedures and the continuing risks to essential workers on the front lines all factor in.

Keeping society functioning and supporting devastated sectors of the economy while limiting the spread of the coronavirus is key to navigating the pandemic until a safe and effective vaccine is here.

But experts acknowledge there is growing resistance to some of the restrictions that highlights a need to manage the public mood as the pandemic rages on.

You arguably could not find a more politically charged term right now than “lockdown,” since everyone has a different, personal idea of what it is.

“This term has become equated with so many bad things that no one really understands what it means,” said Michael Osterholm, director of the Centre for Infectious Disease Research and Policy at the University of Minnesota.

“It’s everyone’s worst fear about what somebody else is doing to them regarding the pandemic.”

Osterholm, a veteran of SARS and MERS who warned the world for 15 years that a pandemic was coming, thinks the term lockdown should be abolished altogether.

Instead, Osterholm said we need to look at it as targeted public health measures necessary to reducing the spread of COVID-19 and getting back to normal as quickly as possible, while at the same time supporting those who have suffered financially.

The key to successfully riding out the pandemic lies in finding balance between working with the population to help keep the number of cases low without substantially changing life as we know it.

“The challenge is, the end isn’t coming soon,” he said. “But it’s coming, and what we need to do is try to have as few cases as possible between now and the time a vaccine arrives.”

Managing the public’s frustration presents a challenge for public health officials in the second wave.

During a journalism conference at Carleton University in Ottawa on Thursday, Canada’s Chief Public Health Officer Dr. Theresa Tam said that public health messaging can seem inconsistent because of the evolving science in the pandemic.

“We are living in a more challenging period right now,” she said, in which authorities have “to convince people who are fatigued to stick to sustainable habits or public health practices.”

Ontario and Quebec have already moved to close bars, restaurants and gyms in their hardest-hit regions amid rising cases, while Alberta and British Columbia weigh the need to tighten restrictions amid record-high rises in cases.

Osterholm said resistance to public health restrictions not only stems from the concept of “pandemic fatigue,” but also from something he calls “pandemic anger.”

“It’s people who don’t believe that the pandemic is real,” he said. “They think it’s a hoax.”

Raywat Deonandan, a global health epidemiologist and associate professor at the University of Ottawa, said the resistance also stems from “raw selfishness.”

“There’s an inability to think about community responsibility,” he said, explaining that people think they won’t personally be seriously affected by the virus because it has a comparatively higher survivability rate in younger age groups.

“But if you scale this up to a population, then that’s tens of thousands of deaths – and they don’t care.”

Perception of risk has a cost

The latest World Economic Outlook from the International Monetary Fund found that while lockdowns controlled the spread of the coronavirus, they also contributed to a global economic recession that disproportionately affected vulnerable populations.

But the IMF report also found the damage to the economy was largely driven by people “voluntarily refraining” from social interactions out of a fear of contracting the virus.

Osterholm said the perception of risk — and not strict public health restrictions — is what holds people back from doing things like travelling by plane or entering a retail store.

“Nobody is telling you you can’t go to the grocery store rather than ordering online — it’s just people don’t feel safe and secure,” he said.

“Well, how do you make that happen? You make it happen by making cases occur at a much, much lower rate than they’re occurring now. It’s not going to be just by telling the virus we’re done.”

Lockdowns should be last resort

Dr. Amesh Adalja, an infectious disease physician and a senior scholar at the Johns Hopkins Center for Health Security in Baltimore, Md., isn’t in favour of lockdowns as a first line of defence in the pandemic.

“If you’re going to take public health interventions, they have to be very targeted towards specific activities that are actually leading to spread,” he said. “You only use a lockdown when you have fouled up your response so bad that that’s all you have left to do.”

A group of international experts push back against the Great Barrington Declaration and its pursuit of COVID-19 herd immunity, calling it “a dangerous fallacy unsupported by scientific evidence.” 2:05

But ignoring lockdowns isn’t an effective strategy, either.

The Great Barrington Declaration, a controversial proposal from a group of scientists (backed by a U.S. think-tank) to lift restrictions, made headlines last week for its calls to protect “the vulnerable” from COVID-19 with strict measures while allowing those “at minimal risk of death” to return to normal life and build up herd immunity to the virus.

But it failed to present a logical counterargument for controlling the virus or concrete ways to protect the vulnerable (including the elderly and the poor), not to mention those who care for them.

Referring to the declaration, Deonandan said, “If there wasn’t a vaccine coming, if nothing changes and this has to be how we live in perpetuity, then OK, maybe we have to discuss some other options. But none of that is true.”

Canada has had more than 200,000 cases and is approaching 10,000 deaths, but modelling predicts the situation would be much worse if public health guidelines like physical distancing, mask-wearing and proper hand hygiene weren’t followed.

Osterholm said those pushing the the Barrington Declaration completely misunderstood the concept behind public health restrictions and the reasons behind enacting them in the first place.

“If you’re going to keep thinking about this as a lockdown, then we’re going to find a lot of resistance to this,” he said. “But on the other hand, if you don’t suppress transmission, we’re also going to see a lot of deaths.”

A question of public tolerance

Lockdowns are one of many tools a country can use in the face of an infectious disease outbreak, but their effectiveness is dependent on the public’s willingness to tolerate them.

China imposed some of the most severe public health restrictions in modern history upon the discovery of the coronavirus at the beginning of this year, something democratic nations would be unlikely to imitate.

But China is already seeing the rewards of its draconian efforts to control the spread. It’s the only major economy expected to grow this year, with retail spending surpassing pre-pandemic levels for the first time and factory output rising on the backs of demand for exports of masks and other medical supplies to countries like Canada.

South Korea, meanwhile, didn’t lock down at all and instead focused on testing, tracing and isolating cases to control the spread of the virus successfully.

“The lesson here is you choose one path and you stick with it,” Deonandan said. “What is not acceptable is vacillating between different strategies.”

Australia imposed targeted lockdown measures in the face of outbreaks, which University of Western Australia epidemiologist Dr. Zoë Hyde said has been “enormously successful” in eliminating the virus in much of the country.

“While lockdowns absolutely have harms associated with them, the harms are much less than those of an unmitigated epidemic,” she said. “Governments can also minimize the harms of lockdowns by making them short and sharp, and by financially supporting workers and businesses.”

Hyde said the eastern Australian state of Victoria was a precautionary tale for the debate over lockdowns, because of mistakes made in a hotel quarantine system that allowed the virus to spread again.

“If governments have not tried hard enough to suppress the virus, then a lockdown is inevitable, whether people want one or not,” Hyde said.

Victoria was recording around 700 new cases per day in July, but a second lockdown coupled with a mask mandate have brought case numbers down to only a handful a day at most.

“Measures to combat the virus have to be tailored. They can’t be more than the economy can bear,” Hyde said, “but equally we must remember that the best way to protect the economy is to suppress the virus.”

“Ultimately it’s the virus doing the damage to the economy, not the measures designed to suppress it. No matter what we wish, the economy won’t go back to normal if a dangerous virus is circulating.” 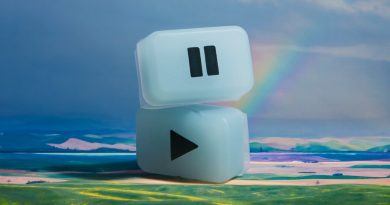 Russia says its COVID vaccine is 95% effective. So why is there still Western resistance to it?