Banks, grocery stores, soda pop makers — it seems like every day, another company is pledging to become a “net-zero” emitter of greenhouse gases — at some point years or decades in the future.

But a pair of Alberta companies say they’ve not only achieved the mark but are actually storing more emissions underground than they are producing from their operations.

Enhance Energy and Whitecap Resources both use carbon capture technology to stash emissions far below the surface.

For Enhance, the company buys the CO2 from a refinery and a fertilizer plant in central Alberta. The CO2 is transported through a pipeline to its facility north of Red Deer, where it is pumped into an old oil reservoir. The CO2 helps to free up more oil and increase the amount of crude produced at the site, a process known as enhanced oil recovery (EOR).

The private Calgary-based firm began operations last fall. So far, executives say about 4,000 tonnes of CO2 is stored underground every day, which they say is the equivalent of taking 80,000 vehicles off the road — a point of pride for the company.

Because they’re getting the CO2 from the two large plants but only extracting a small amount of oil at this point, on balance, they say they’re burying more CO2 than their oil will produce.

“I get a warm feeling when I come on site and see that injection well,” said chief executive Kevin Jabusch. “That’s very rewarding. It makes the 10-year effort to put this project together worth it.”

Many in the industry, as well as some environmental groups, support the development of carbon capture technology, although there are concerns about how emission reductions are calculated and whether capturing carbon disincentivizes industries from taking action to produce fewer emissions in the first place.

The federal government has set a target of reaching net zero by 2050 and released a blueprint to achieve that goal in December, including hiking the carbon tax from the current price of $30 per tonne to $170 by 2030.

The world should be looking for the cheapest, lowest-carbon source of energy.– Kevin Jabusch, Enhance Energy

Instead of calling Enhance an oil company, Jabusch describes it as a “carbon mitigation company” and said if the carbon tax rises as expected, the day might come when Enhance no longer will need to produce oil anymore to be profitable.

Currently, the company generates revenue from oil production and from selling the carbon credits it gets for sequestering emissions. Alberta charges a carbon tax on heavy industrial emitters, but the province also has a system for companies to earn credits by reducing or storing emissions.

Jabusch said the Alberta government’s carbon tax program for large industrial emitters measures and monitors the carbon they sequester, but that data is not available publicly.

Production from Enhance’s Clive field is around 200 barrels of oil per day, but with CO2 injection, the company expects output to gradually grow to between 4,000 and 5,000 barrels per day over the next five years.

“We’re very negative today over the full cycle of our of our operation,” said Jabusch, “and in the long term, we think it would be very close to zero.

“Where carbon pricing is headed, we think there’s going to be a strong incentive to maximize the amount of CO2 we put in the ground.”

Whitecap has a similar, but much larger, carbon capture project in Saskatchewan. Emissions from a coal power plant in the province and from a coal gasification facility in neighbouring North Dakota are transported to an oilfield near Weyburn, south of Regina.

In each of the last two years, about two million tonnes of CO2 were injected and stored, executives said. The figures are currently being audited.

The Weyburn facility has operated since 2000 and was acquired by Whitecap in 2017. With growing focus on sustainability and climate change, investor interest in the project has intensified over the last year, said chief executive Grant Fagerheim.

“We’re starting to get some of the bigger funds, not just from Canada, but in the U.S. for sure, and around the world,” he said.

Unlike Enhance, Whitecap does not account for the emissions that will be generated from the eventual use of its oil, saying it has no control over how it is used, making it difficult to calculate.

How a company determines whether it claims net-zero or net-negative status varies across the industry and can depend on the emissions that a given company is counting, which are often broken into three groups, or scopes:

By that definition, Whitecap expects to remain net negative even as its oil production increases by an estimated 65 per cent this year following deals to acquire Torc Oil & Gas and NAL Resources Management.

“We will still be a net-negative emitter,” he said. “It is nice to be in this position at this particular time.”

Fagerheim says he would like to build new carbon capture facilities but that they can be complex projects requiring a large capital investment and new infrastructure, including pipelines.

“I believe that people will see the light of day, but ultimately, we’re doing what’s best for ourselves, and carbon capture utilization and storage is potentially a way into the future,” he said.

The two largest carbon capture projects in Alberta, including the Carbon Trunk Line that Enhance is part of, cost more than $1 billion to develop, and both required hundreds of millions of dollars in government support.

In Canada, one of the challenges with investing in a carbon capture project is the uncertainty about the level of carbon tax in the future since the approach to carbon pricing varies by political party.

WATCH | Is carbon capture a solution for the oil industry and climate change? 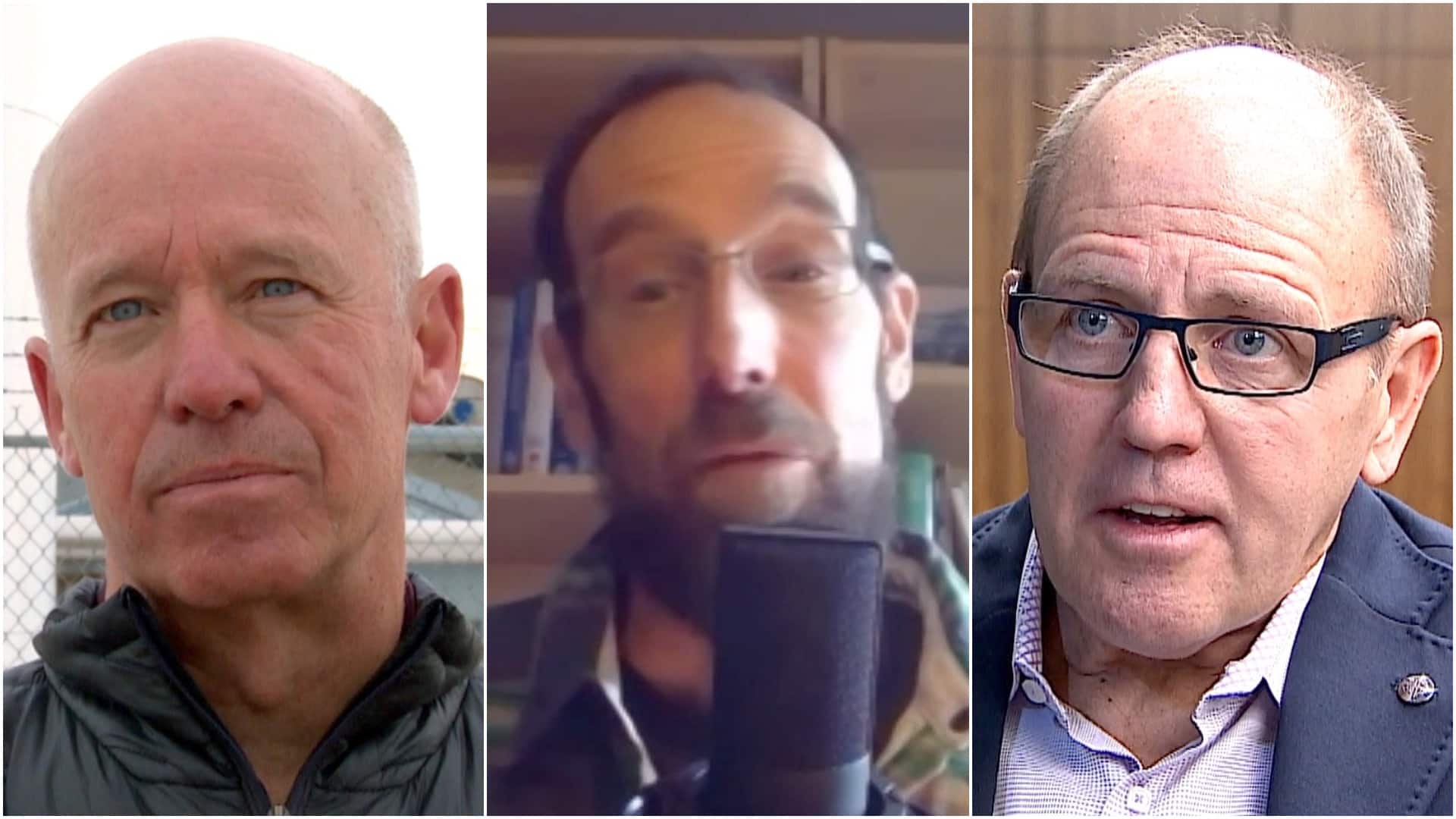 There are differing viewpoints on the technique to capture carbon emissions and use the CO2 to produce more oil from aging reservoirs. 2:50

Environmental leaders have often had mixed feelings about carbon capture facilities because while harmful emissions are stored underground, the technology may just be enabling industries to maintain the status quo and not focus enough on reducing the use of fossil fuels.

“The science is fairly clear: we are going to need carbon capture in order to tackle the climate crisis,” Jan Gorski, an analyst with the Pembina Institute, a non-profit organization that produces research, analysis and recommendations on policies related to Canadian energy.

“Enhanced oil recovery is a way to ramp up carbon capture and drive down the costs and improve the technology as we work to eventually deploy that to tackling these more challenging sources where we really don’t have a great way to deal with the emissions right now.”

Some environmental groups suggest the investment in carbon capture facilities would be better spent elsewhere, such as building renewable energy projects. For example, a company could slash emissions in producing the oil, but consumers would still pump out emissions when they use it as a fuel for transportation or heating.

‘The devil is really in the details’

There is also the issue of double counting. Experts say it’s important for any action toward reducing emissions to be properly assessed. For instance, if the emissions from a power plant are used by an oil company to increase the production of an oilfield, both companies can’t take credit for the carbon-capture project.

“I think the key thing is to be clear-eyed about the end goal,” said David Keith, a Harvard University professor of applied physics and public policy based in Canmore, Alta.

Keith also founded and sits on the board of Carbon Engineering, which aims to capture emissions directly from the atmosphere.

“For me anyway, the end goal has to be driving emissions down to zero to protect us from climate disaster and also doing it in a way that does the least damage to our economy and, in Alberta, trying to find a way forward to provide good jobs for people,” he said.

“Enhanced oil recovery can play some role, but I doubt if it’s going to be very big.”

If oil can actually be entirely net neutral or net negative from its production all the way to its end use, such as powering a vehicle, that would truly be fantastic, said Keith, but “whether or not those companies are doing it, I don’t know. The devil is really in the details.”

Both companies see a strong future for carbon capture and EOR technologies, especially as demand for oil remains robust around the globe.

“The world should be looking for the cheapest, lowest-carbon source of energy, and we believe we compete very well with that,” said Jabusch, with Enhance.