The story has made national headlines in the United States: Foreigners aged 65 and older in Florida, including Canadian snowbirds, are being offered the COVID-19 vaccine.

Some snowbirds who made the journey to Florida this winter — despite Canada’s advisory not to travel abroad during the pandemic — are counting their lucky stars, as they could wait months to get the shot in Canada. But they also face a backlash from some locals who argue non-Floridians shouldn’t get early access to vaccines that are currently in short supply.

“We’re first. Get to the end of the line if they want to come,” Florida resident Judy Allen told a local NBC TV station on Friday at a vaccine clinic in Sanford, Fla., north of Orlando.

A week earlier, Canadian snowbirds Andrew Paton, 75, and his wife, Jill, 74, each got their first vaccine dose at a clinic in a gated community in Palm City, Fla., where they own a home. They’re set to get their followup shot on Feb. 4.

“I’m just glad I got it,” said Andrew Paton, who is from Toronto. “Our American friends are thrilled. We’re part of this community. Let’s get everybody vaccinated if we can.”

But not everyone is on side. A few days after getting the shot, Paton said someone sent a letter to the board of his gated community, complaining that Canadian residents were offered the vaccine.

“It’s ridiculous,” he said. “We’re not taking it from anybody. Everybody in this community who wanted one could get one.”

WATCH | Snowbirds face backlash in Florida for getting COVID-19 vaccines: 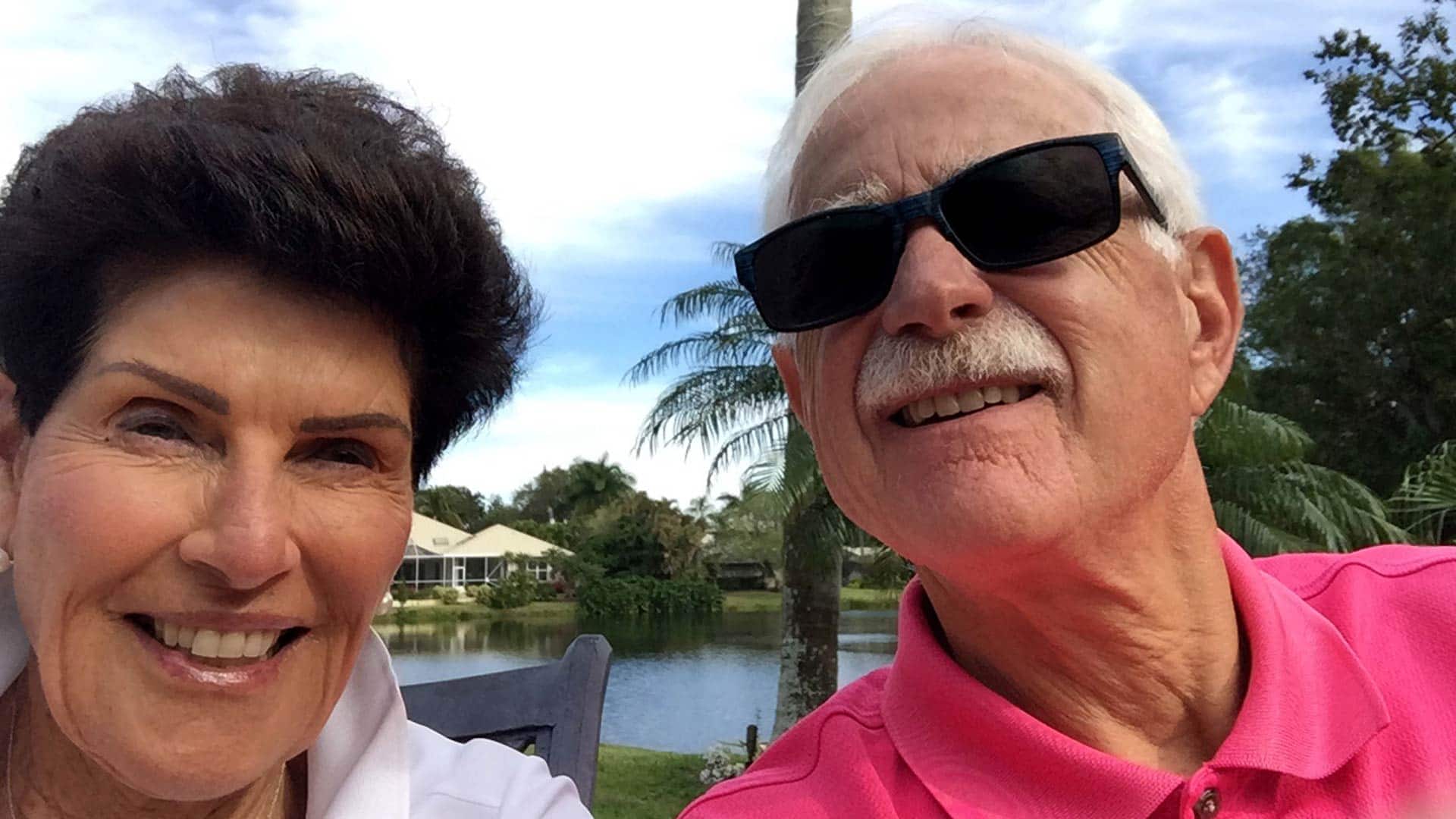 Canadian snowbirds in Florida are facing a backlash because some say they’re getting COVID-19 vaccinations that should be going to local residents. 2:07

Unlike Canada, Florida is offering COVID-19 vaccinations to everyone aged 65 and older during the first phase of its vaccine rollout. While the state opposes visitors coming specifically to get the shot, seasonal residents are welcome to sign up.

That policy has especially angered some Floridians who have yet to secure a vaccination appointment due to a slower-than-planned rollout.

“They’re taking it from people that are ahead of them … It’s not their stockpile,” said Clare Archer, 67, of Englewood Isles, Fla., south of Tampa.

Archer is a dual Canadian-American citizen who grew up in northern Ontario and has lived in Florida for the past 25 years. She said due to the short supply of vaccines in her region, both she and her husband have yet to snag an appointment.

And even though she has Canadian roots, Archer said she objects to snowbirds both travelling to Florida during a pandemic and getting the vaccine before some Floridians.

“They absolutely should not be here,” she said. “It’s beyond infuriating.”

WATCH | Why Canada’s vaccine rollout is so slow:

The provinces are behind targets of getting COVID-19 vaccine into Canadians’ arms, and experts say logistical challenges are largely to blame but are hopeful the arrival of the Moderna vaccine will help speed things up. 3:22

Several Florida politicians are also angry. Last week, Miami Mayor Francis Suarez announced he’s trying to revise the rules so that non-permanent residents in Miami are last in line to receive the vaccine.

And on Jan. 10, Rick Scott, one of the state’s U.S. senators, declared on Twitter: “Vaccines must go first to Floridians.”

It’s up to each U.S. state to decide who gets priority during the vaccine rollout. In a news conference earlier this month, Florida Gov. Ron DeSantis explained why he’s not turning away seasonal residents who meet the current age requirement.

“We’re a transient state,” he said. “People who are here, four or five months a year, they have relationships with doctors, they get medical care in Florida.”

Visitors in Florida getting the vaccine has become such a hot topic, the popular TV show Good Morning America covered the issue in a news segment on Friday.

“Residents across America — even Canada and Argentina — flocking to Florida … leading to what some are calling vaccine tourism,” the segment said.

The story featured Canadian snowbirds Shelton and Karen Papple of Brantford, Ont. The couple travelled to their home in Fort Myers before Florida announced its vaccine plans, and are both scheduled to get their first dose on Monday.

Shelton Papple, 66, told CBC News he has no qualms about getting vaccinated in Florida.

“We live here, we pay taxes,” he said. “We’re all in this together. It’s a world problem and everybody should be banding together.”

He said he also believes that reports of Canadians flocking to the state to get the vaccine are overblown, because there are plenty of hurdles. On top of securing a vaccine appointment, you must test negative for COVID-19 before flying to Florida (effective Jan. 26); stay in Florida for up to a month to get the second dose; receive another negative COVID-19 test before returning to Canada by air; and quarantine for 14 days upon your return.

But some Canadians are still willing to make the trip.

Travel insurance broker Martin Firestone of Toronto’s Travel Secure said about 100 of his snowbird clients who originally decided not to head to Florida this winter due to the pandemic are now planning to travel to the state to get vaccinated.

But these aren’t cases of “vaccine tourism,” he said, because his clients plan to stay for the rest of the winter.

“They all own property and are really just exercising their right, I guess, to head down to a state that is offering vaccines,” said Firestone.

Papple suggests that as Florida secures and doles out more doses, the backlash against foreigners like him getting the shot will calm down.

“As things go along, the more and more people get vaccinated, I think that becomes a duller story.”

To help speed up the rollout, the state is now offering vaccine shots at a major pharmacy chain in the state. And more than a dozen federal lawmakers representing Florida, including Sen. Marco Rubio, have asked federal officials to beef up Florida’s vaccine supply to accommodate its large number of seasonal residents.

Stock markets sell off on renewed uncertainty over COVID-19 and U.S. election