A few weeks ago, Erin Moraghan and her staff celebrated the five year anniversary of her fitness studio. This week, the studio permanently closed its doors.

Like so many small businesses across the country, the fitness operation was no longer financially viable because of the pandemic.

A few hours before leading the final class at the Revkor studio in Cambridge, Ont., Moraghan was trying to be positive about the experience.

“There will be a lot of tears, there were some good tears this morning. It’s tough, but to be honest, we also really recognize that we’re in a very real global situation,” she said.

Moraghan has several pieces of advice for other entrepreneurs, including how important self-care can be.

“It’s been a lonely journey for a lot of business owners,” she said.

It’s just one helpful suggestion among many lessons a group of small business owners shared from their successes and struggles this year.

Moraghan’s fitness studio struggled because the number of participants was heavily restricted. Instead of 60 or 70 people for a class, there was a limit of just 12.

The small capacity was partially Moraghan’s decision because she wanted to go above and beyond the provincial government’s restrictions to ensure customers would be comfortable.

“We really wanted our studio to always feel like a safe haven for people,” she said.

WATCH | The challenge of reopening:

Erin Moraghan says it was challenging to re-open her fitness studio and ensure everyone was comfortable. 1:13

While the process of closing down the operation has been difficult, she credits having a business coach for preparing her for the tough decisions she had to make.

Her other recommendation, especially for people in the service industry, is to be practical and honest about the financial situation.

“We really can’t serve our communities if we are deeply compromised, personally, and so trusting the numbers, sometimes it’s very tough to face those realities.”

Kaevon Khoozani was at the Winnipeg airport in early March about to board a plane for a fitness trade show in Ohio when the event was cancelled.

His aspirations of growing his business in the United States seemed to be getting derailed.

Khoozani designs fitness equipment targeted toward people interested in powerlifting and CrossFit workouts. Calgary-based Bells of Steel opened 10 years ago and has seven employees in Canada and the States.

In March, sales began to pickup, but there was a big decision to make. Khoozani and his partner didn’t know whether to stock up on inventory or not. He found it difficult to understand if the pandemic would create an immense amount of interest in home-based fitness equipment or whether demand would fall because so many people would be negatively impacted financially due to lockdown measures.

“We could have jumped the gun a little faster. Call me cautious,” he said. “We waited a few months to see where things were at and because of that we lost out to some competitors.”

Fortunately, they had more inventory than normal to begin the year because of their growth plans in the U.S.

Overall, sales are three times as high this year as they were last year, but growth could have been significantly higher if they had acted sooner to put in orders with their suppliers.

Still, Khoozani said the company was able to grow its market share in the States.

WATCH | Whether to coast or be aggressive: 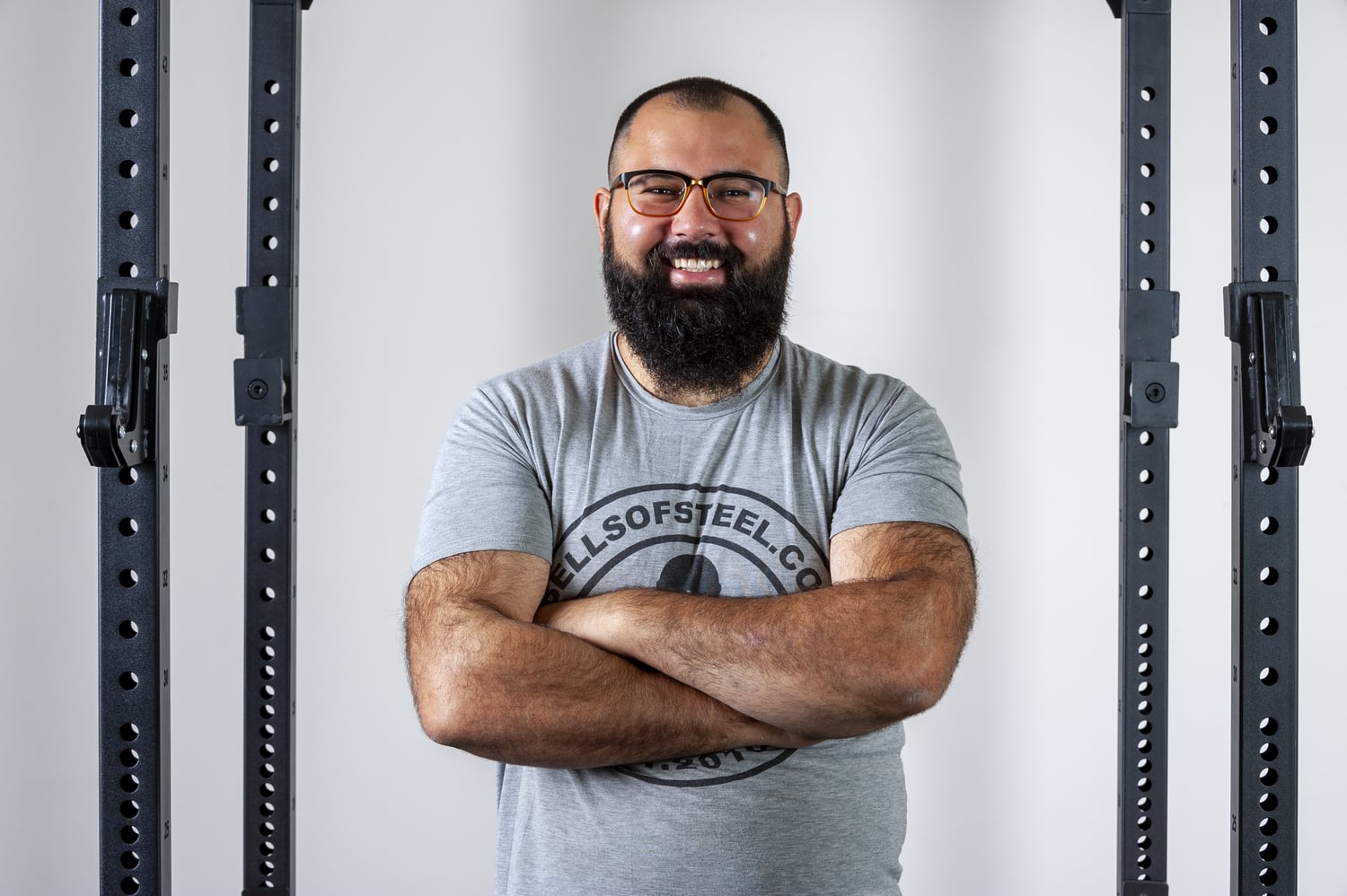 Kaevon Khoozani describes the decision in the spring about whether to stock up on inventory at his fitness equipment company or wait. 1:42

When the Alberta government introduced lockdown measures in March, Kyle Hansen was able to keep his business open, but he expected sales to drop.

He cut back on staffing at his Benjamin Moore paint store in Calgary and decided to take the weekend off.

About 20 min into opening on the Saturday morning, he got a call from an employee who said, “I need you to get to the store right now.”

“It was a pretty big shift, a sudden shift that we weren’t expecting, and we were very fortunate to have it.”

With most people stuck at home, a variety of home improvement businesses saw a boost in demand.

Hansen had planned to start an online store next year, but worked long hours in the spring to get it up and running. A day after it launched, the online sales began.

Overall, paint sales are up about 40 per cent compared with last year.

While Hansen considers himself a planner, he credits the quick decision making as a lesson he learned.

Meanwhile, while sales were strong, the store was understaffed at times with three full-time employees. That, too, was a learning experience, Hansen said, as some staff members became burned out. 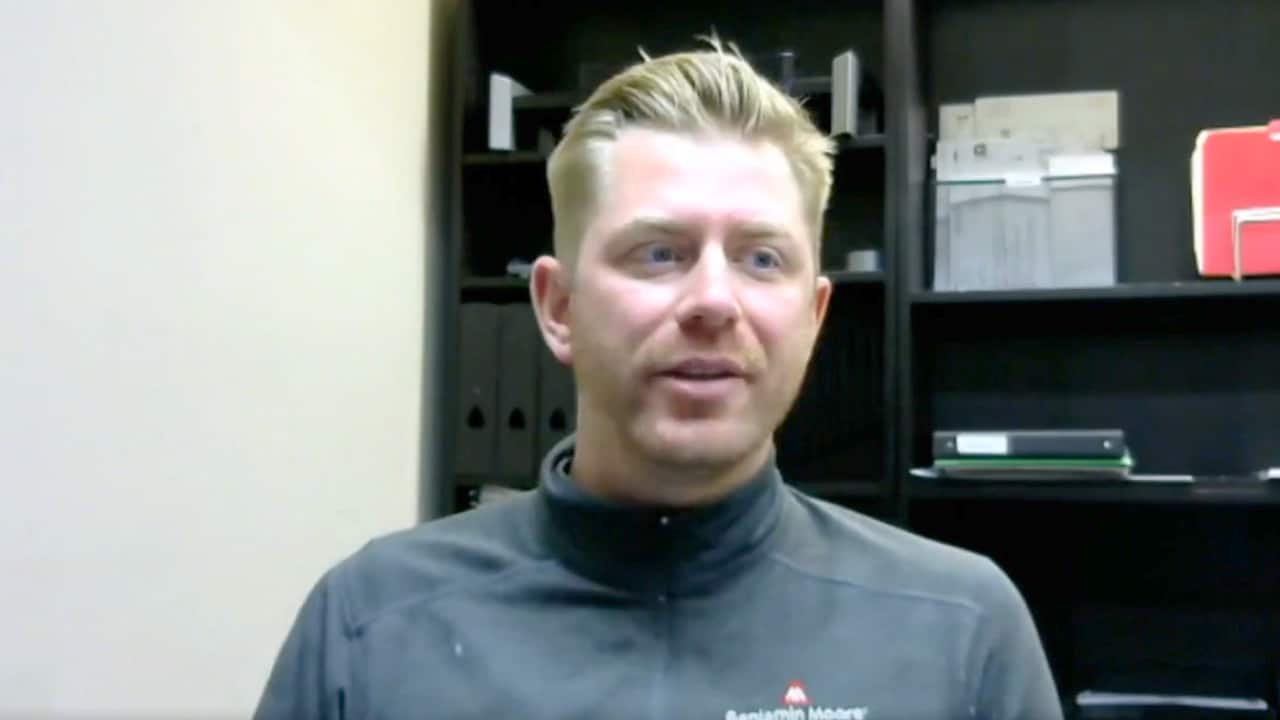 A big business lesson from the pandemic for Kyle Hansen has been the need to make quick decisions. 1:10

‘There are no customers’

At Chiles Sandblasting and Painting in Red Deer, the shop can be busy one week and then absolutely dead the next week.

Owner Brian Chiles describes his business as an autobody shop for heavy duty and oilfield equipment. With a severe downturn in the oilpatch, sales at his business are down between 25 and 75 per cent, depending on the month.

The lesson he has learned is how important it is build up some savings and not carry around debt.

“I’ve been around a little bit. It would be very difficult for a new company to start up right now, so I am thankful for the financial situation we’re in.”

Still, there are challenges ahead. Not only are sales down, but even if the business closed, he can only reduce his expenses so much. Chiles owns his building, which costs money to operate. It’s an asset he can’t sell or rent because, he said, three-quarters of the buildings in his industrial park are already sitting empty because of business closures.

He’s unsure if his shop will experience the same fate.

“The problem happens to be there are no customers.”

‘I went with my gut’

After her Vancouver-area fitness studio was forced to close in March, PJ Wren decided over the next month to leave the brick-and-mortar gym in the past and pivot to an online business, Fitness with PJ.

“What I learned the most was how to make some tough decisions with very limited amount of information, as well as the fear of the unknown. So I went with my gut,” she said.

The world of online fitness coaches and programs is saturated, so Wren decided to focus on women over the age of 40. There was a learning curve, especially with understanding so many new online platforms where she can offer her services.

So far, the new venture is a success. Her revenue is similar to when she operated her fitness gym, but her expenses are lower. Instead of a staff of 12, with her online business she has three.

‘When they call, you answer your phone’

For Vittorio Oliverio, the big lesson of 2020 is communication.

As the pandemic arrived in the spring, uncertainty swept across the country. For many people, it was centred around their jobs, their bills, and how they were going to make ends meet.

At his mortgage business, Oliverio admittedly had just as many questions as clients, but he purposely tried to reach out to as many people as he could to share what information he had.

In hindsight, he said that gave him an edge over his competition as he gained a level of respect as a business that was actively seeking to help and get answers for people.

“Everyone was struggling with what to do,” he said.

“Instead of hiding, we decided to go on the forefront and provide help and advice on how to handle their financial situation,” said Oliverio, who runs Centum Professional Mortgage Group in Lethbridge, Alta.

Over the summer, the phones kept ringing at the office as people wanted more information about mortgage payment deferral programs and other issues.

“It was surprising to me that banks make all these announcements without any indication to the client how to contact them,” he said.

The company ended up gaining a significant number of new clients, he said, and sales of mortgages are up 30 per cent compared with last year.

“It’s been phenomenal, business-wise,” said Oliverio. “A lot of times, people just want to know that when they call, you answer your phone.”

‘Once everything is normal …’

Of all the times to start a business, this year was not the best.

That’s the reality for Mohammad Anis, who began a new venture in the automotive sector.

After more than a few decades in the industry, he started his own business in Toronto to help local companies expand internationally and, conversely, work with foreign firms about how to grow into the Canadian market.

Since COVID-19 arrived around the time his business began, he hasn’t moved past the starting line.

His lesson?  No matter the business idea, there can be impacts outside of your control, like a pandemic.

“Once everything is normal, then definitely it will be easier to convince people and convince the industries to look at this [venture],” he said.

It’s a setback, but he’s not giving up. He’s keeping costs low with hopes the business can pick up next year.

2020 the worst year on record for drilling in Canadian oilpatch