Opting to bat first, Gemcon Khulna put up a moderate 146-6, a score that Rajshahi overhauled with utmost ease, making 147-4 in 17.2 overs.

Shanto struck a delightful 55 off 34 with six fours and three sixes to lead the charge. Other batsmen chipped-in-with some little contribution around him to make it two in two for Rajshahi after their two-run victory over Beximco Dhaka in the first match.

Shanto lost his opening partner Anisul Islam Emon (2) cheaply as they started chasing the target. Rony Talukdar came up with ably support after initial hiccup as the duo revived the innings with 47-run partnership.

Leg-spinner Rishad Hossain removed Rony after his 26 off 20 that included three fours and one six. Rishad later dismissed Shanto too via leg-before with a delivery that was quicker enough to baffle the batsman.

Despite being out, Shanto paved the platform of the victory and it was utilized well by Mohammad Ashraful and Fazle Rabbi. Ashraful who ensured the victory with a boundary was not out on 25 off 22 while Fazle Mahmud made 15 ball 24.

Rishad Hossain took 2-34 while Al-Amin Hossain and Shahidul Islam grabbed one apiece. Shakib Al Hasan failed to make impact in this match too as he went wicket-less after conceding 27 runs in four overs.

Ariful Haque once again rescued Gemcon Khulna from the ultimate blushes as he guided the side to 146-6, following a sensational batting collapse which saw Rajshahi reeled to 51-5.

Apart from opener Anamul Haque Bijoy who scored 24 ball-26, no one could stand tall against a pumped-up Minister Group Rajshahi bowling.

Ariful who won the match against Fortune Barishal single-handedly by striking four sixes in five balls when they required 22 runs to win, again came up as a rescuer. This time he blasted an unbeaten 31 ball-41 to give the bowlers something to defend, following his match-winning 34 ball-48 not out against Barishal.

Like his previous innings, Ariful firstly tried to set him in the crease before going for the ultimate kill in the death overs.

This time he got Shamim Hossain in his company and together they shared 49-run to stabilize the innings. Shamim contributed the side with a significant 25 ball-35 runs knock with three fours and two sixes.

After the dismissal of Shamim, Ariful came up with all guns blazing to push the score towards 150. Thanks to Ariful’s blitz, Khulna scored 56 runs for one wicket in the last five overs.

Pace bowler Mukidul Islam Mugdho was the highest wicket-taker for Rajshahi with 2-44 while ebadot Hossain, Mahedi Hasan and Arafat Sunny picked up one wicket apiece. 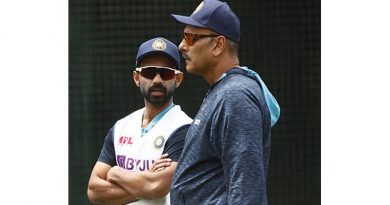 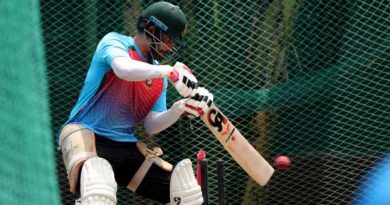 Tamim hopes for a competitive tourney