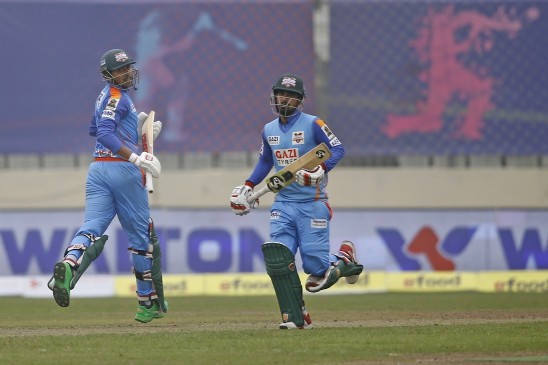 In chase of a commendable 175 for four set by Chattogram — thanks to fifties from openers Liton and Soumya — Rajshahi could only muster 139 for eight. Chattogram’s Nahidul had Rajshahi cornered in the very beginning as the right-arm spinner picked up the prized wickets of Rajshahi openers — Anisul Islam (4 off 3) and Nazmul Hossain Shanto (11 off 10) — and Rony Talukder (16 off14) inside the first six overs, leaving Rajshahi struggling at 33 for three.

Nahidul finished with impressive figures of three for 19 in his four overs.

Rajshahi never recovered from that early jolt as they succumbed to their sixth defeat in the tournament.

Earlier, openers Liton Das and Soumya Sarkar struck fifties and Shamsur Rahman played a cameo innings at the latter part of the innings to help Chattogram post a commendable total. The duo of Soumya and Liton, who have been in phenomenal touch in the five-team tournament, strung together a 122-run opening stand. Soumya scored a 48-ball 63 while Liton scored 55 off 43 deliveries.

To make it to the playoffs, Rajshahi will now have to hope that Mushfiqur Rahim’s Beximco Dhaka get the better of Tamim Iqbal’s Fortune Barishal in the day’s next fixture.

Fifties from openers Liton Das and Soumya Sarkar and a cameo innings from Shamsur Rahman at the latter part of the innings helped Gazi Group Chattogram pile up a commendable 175 for four against Minister Group Rajshahi in their last group stage game in the ongoing Bangabandhu T20 Cup at the Sher-e-Bangla National Stadium in Mirpur today.

Rajshahi skipper Nazmul Hossain Shanto won the toss and elected to field in a must-win game for them. Things however did not look good for Shanto’s troops in the beginning as both Chattogram openers gave their side a blistering start.

The duo of Soumya and Liton, who have been in phenomenal touch in the five-team tournament, strung together a 122-run opening stand. Soumya, who picked up his first fifty of the tournament in his last game against Fortune Barishal, struck a 48-ball 63 before falling prey to Anisul Islam in the 15th over. Soumya was the most aggressive one as he laced his innings with three fours and four maximums.

But soon after Soumya departed, Chattogram lost Liton too. The right-hander would be disappointed to throw his wicket away — losing his stumps while trying to scoop a Rezaur Rahman delivery in the 16th over — after a well-played 43-ball 55, featuring five fours and a maximum.

Rajshahi made a brief comeback after that as they picked up the wickets of Chattogram skipper Mohammad Mithun and Mosaddek Hossain in quick succession. However, a disastrous 19th over bowled by Rezaur helped Chattogram get momentum back. Shamsur struck Rezaur for three sixes in the over and the bowler was taken off the attack after giving away 23 runs in the first three deliveries that included two above-waist no balls. Shamsur remained unbeaten for an 18-ball 30 as Chattogram piled up a challenging total.

Rajshahi elect to bowl against Chattogram in a must-win game

On a foggy day in Mirpur, Minister Group Rajshahi have won the toss and elected to bowl against table-toppers Gazi Group Chattogram in their last group stage game in the ongoing Bangabandhu T20 Cup at the Sher-e-Bangla National Stadium today.

Chattogram have brought back Liton Das, Mustafizur Rahman, Shoriful Islam and Rakibul Hasan — all of whom missed their last encounter against Fortune Barishal on Thursday.

Chattogram, with six wins from seven games, have already secured a place in the top four but it will be a do or die encounter for Najmul Hossain Shanto’s Rajshahi as they remain fourth in the table with four points in seven games.

For Rajshahi, the equation is simple — a win against Chattogram will take them to the top four spot courtesy of a superior net run-rate than Fortune Barishal, who are at the bottom of the points table.

A win for Rajshahi would mean that Tamim Iqbal-led Barishal, who also have four points in seven games but are behind Rajshahi in net run-rate, would then have to beat Beximco Dhaka by a huge margin to better their run-rate in the later fixture today. 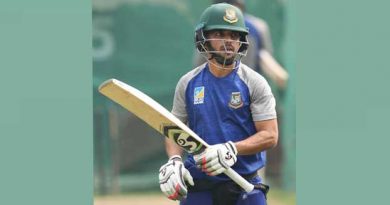 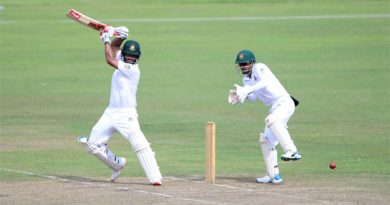 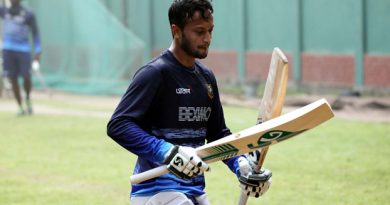 Shakib to bat at No.4