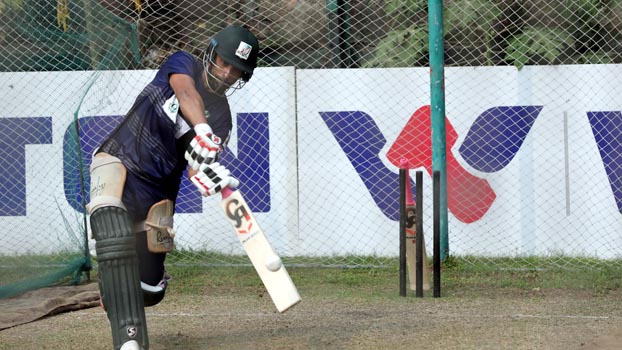 Bangladesh stalwart opener Tamim Iqbal-led Fortune Barishal are not performing well in the ongoing Bangabandhu Cup T20. In probably a do or die match for them, Barishal confront Minister Group Rajshahi in the day’s first match at the Sher-e-Bangla National Stadium in Mirpur on Tuesday.

Fortune Barishal currently lie in the bottom of the five-team tourney points table. In the five matches they played so far, they only won once and lost the other four. With just 3 more games under their belt, Barishal might have to win all of them to secure a berth in the semi-final.

Monday’s match is more pivotal for them as their counterpart Rajshahi, are just one spot above them in the fourth place with 4 points. Barishal only scalped two points so far in the tourney, therefore a win in today’s (Tuesday) match will certainly help them to catch Rajshahi in terms of points tally.

Both Rajshahi and Barishal are competing for the fourth spot and there’s a chance for the latter to even go to fourth based on net run rate. For Rajshahi, they are on a four-match losing streak and another loss would make their last match against Gazi Group Chattogram a must-win affair.

Nazmul Hossain Shanto’s men, on Sunday, went down by the Gemcon Khulna by five wickets. However, going into their next match, Rajshahi can take heart from the fact that they defeated Barishal by five wickets in their previous meeting. Both teams are in desperate need of a win to stay alive in the tournament.

Ironically, in the second match of the day, the two in-form teams of the tournament Gazi Group Chattogram and Gemcon Khulna will clash at the same venue at 6:30 pm. The former are currently sitting at the top of the table with 8 points in five games, whereas the latter are holding the second spot by playing one more game. It will definitely be a thrilling top of the table encounter.

Both Gemcon Khulna and Gazi Group Chattogram have already made their way through to the semis of the tourney. Chattogram, led by Mohammad Mithun, have been outstanding winning their first             four matches. However, they tasted their first defeat when Beximco Dhaka defeated them by seven runs. Yet with a net run rate of 1.006,            they are sitting pretty on top of the points table.

Khulna, on the other hand, are placed second with four wins. If they win their next match, they would dethrone Chattogram as the table-toppers. Khulna, captained by Mahmudullah, have made an            incredible comeback, winning their last three games. However, in their previous meeting, Chattogram won by nine wickets after bowling the Khulna team out for 86 in only 17.5 overs.