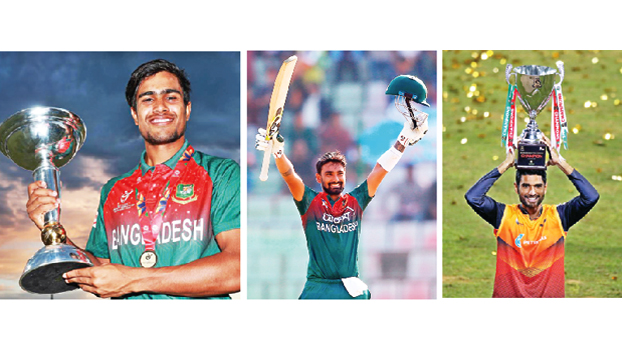 The novel coronavirus (COVID-19) pandemic ate up the most of cricket season of Bangladesh in 2020, a year which was set to be an “epic year” for them.

Bangladesh was scheduled to play a whopping amount of Test matches, for which they were always craving for. But they ended up playing only two Tests due to the pandemic-induced break as the cricket around the world experienced an unprecedented scenario almost throughout the year. Still there are some highs and lows, reports BSS.

A year for missed opportunities:

The 2020 was supposed to be a busy year for Bangladesh cricket as they were scheduled to play at least 10 Test matches and a good number of one-day and T20 internationals. Particularly it was disappointing for the Tigers given the fact that they often didn’t get enough opportunity to play Test matches, largely due to the top opponents’ reluctance to play the longer version cricket against Bangladesh. Bangladesh so far played two Tests, three ODIs and five T20 Internationals, amongst which one was abandoned due to rain.

The Pakistan series got a nod early this year after much deliberation. Before sending the team after 12 years, Bangladesh’s security team witnessed the security details by visiting Pakistan. The Tigers were given such a security which the Pakistan President and Prime Minister only gets. The series was split into three different phases.

On February 9, Bangladesh cricket saw the greatest achievement of its cricket history when the Under-19 boys lifted the ICC Under-19 Cricket World Cup, edging mighty India past by three wickets through D/L method in the final at Senwes Park in Potchefstroom, South Africa. This was Bangladesh’s first global trophy.

Skipper Akbar led the charge with a serene but heroic 43 not out under tremendous pressure as Bangladesh youths recovered from a precarious 102-6 to reach the winning mark (170-7 in 42.1 overs) after bowling out India for 177 in 47.2 overs.

Playing for Islami Bank East Zone in the first round game of the franchise-based first class tournament BCL, Tamim remained unbeaten on 334 against Walton Central Zone.Tamim scored his unbeaten 334 off 426 deliveries, smashing 42 fours and three sixes.

Mashrafe steps down as ODI captain:

The year will be remembered for Mashrafe Bin Mortaza’s decision to step down from the ODI captain, the lone format from which he is yet to retire. The cricketer-turned lawmaker, however, said he is willing to play cricket as a general cricketer if the team management considers him in the national team.

Liton, who smashed 16 fours and eight sixes for his 143 ball-176, his third ODI century and second in the three-match series against Zimbabwe in March, grabbed the record from his opening partner Tamim.

As has been the case, the COVID-19 pandemic not only put a blow on the country’s economy, but also forced cricketers to feel the heat. The cricketers in domestic circuit are the ones getting the most sympathy. But, looking into the sums that have been lost by the current national team cricketers is overwhelming in itself.

Those were the two tournaments that BCB organized as part of its initiatives for a gradual resumption of the cricket amid COVID-19 pandemic. The BCB President’s Cup was a 50-over tournament with three teams—named Mahmudulla XI, Tamim XI and Nazmul XI — under the leadership of Mahmudullah Riyad, Tamim Iqbal and Nazmul Hossain Shanto respectively. 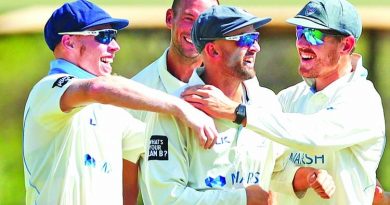 Sheffield Shield to start in Adelaide on October 10 | The Asian Age Online, Bangladesh Bangabandhu T20 deferred for a week 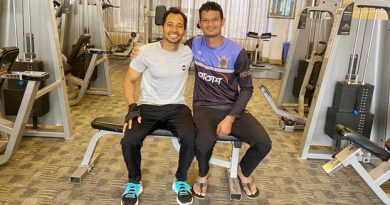 Mushfiqur apologises to Nasum for his misbehaviour