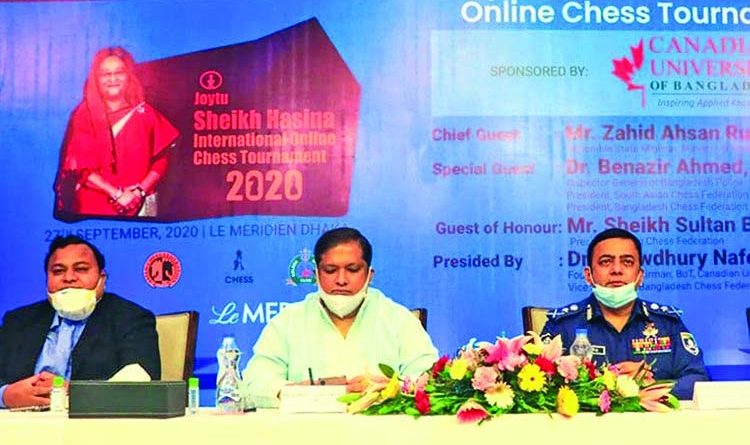 Sports
September 30, 2020October 1, 2020 omarmallick 0 Comments
The prize distribution ceremony of Joytu Sheikh Hasina International Online Chess Tournament-2020 held on Sunday at Hotel La Meridian in the capital. State Minister for Youth and Sports Zahid Ahsan Russell attended the ceremony as chief guest while presid
State Minister for Youth and Sports Zahid Ahsan Russell doesn’t see any logic in staying a 14-day quarantine in Sri Lanka, stating that it will affect cricketers’ fitness badly.
He echoed the voice of Bangladesh Cricket Board (BCB), saying that the quarantine period should be reduced for the national team’s three-match Test series against Sri Lanka as well as the Bangladeshi cricketers should be given the opportunity to use the hotel’s gym, swimming pool and other facilities.According to Sri Lanka guidelines, the Bangladesh cricketers won’t be able to leave the hotel room for 14 days even for having food.
“It is not possible to be confined to a hotel room for 14 days. This will affect players’ fitness and for us players’ fitness is a big issue,” Russell said during the Award Giving Ceremony of Joytu Sheikh Hasina International Online Chess Tournament-2020 on Sunday at Hotel La Meridian in the capital.
“We have no problem staying in a hotel if the quarantine period is reduced. At the same time we have to be given the facilities to use the hotel’s gym and swimming pool and others. Hopefully we’ll get a positive reply from them. We are eager to play the series.”
The series now looks uncertain after SLC CEO Ashley de Silva said Thursday that Bangladesh need to follow the strict health guidelines provided by the Sri Lanka Covid-19 Task Force, otherwise the proposed three-match Test series could be postponed. BCB said they are yet to receive any official mail in this regard.
Russell however said the BCB is in constant touch with Sri Lanka Cricket about the issue. “We have a series in the time of epidemic that we have taken with great interest, we are very keen about the series and our players are also in practice for the series,” he said.
“We are in constant discussion with Sri Lanka Cricket. The restrictions that they (Sri Lanka) have given here we have said that they have to reduce the quarantine period. We have said no to a 14-day quarantine. Hopefully they will consider the matter.” 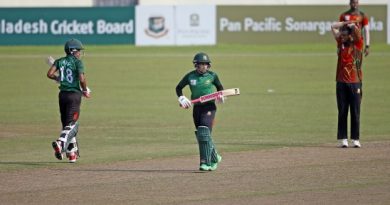 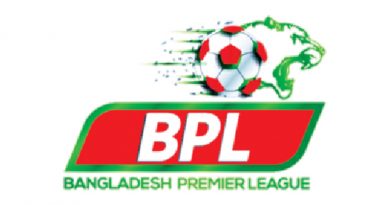 Abahani win three on the bounce