DHAKA, Nov 8, 2020 (BSS) – Prime Minister Sheikh Hasina today said the government has given special importance to the continuation of the country’s socio-economic advancement alongside facing the Covid-19 pandemic.

“On the one side, we have to face coronavirus and on the other hand, we have to give special attention to make sure that socio-economic development can take place,” she said.

The PM was addressing virtually the swearing-in ceremony of newly-elected Madaripur, Faridpur and Moulvibazar District Council chairmen from her official Ganabhaban residence here.

The oath taking ceremony was held at the Cabinet Division of the Bangladesh Secretariat in the capital.

After the function, Prime Minister’s Press Secretary Ihsanul Karim briefed newsmen. He said the premier urged the newly elected district council chairman to work for the welfare of the people.

The PM said her government has announced 21 stimulus packages and necessary health guidelines mainly to keep running the country’s economy and ease sufferings of the masses to effectively fight the Covid-19.

She said her government has appointed 6000 nurses, 2000 doctors and technicians and trained them up to make efficient in dealing with the Covid-19 patients.

“We are progressing ahead by facing various natural disasters such as cyclone Amphan and flood amid the coronavirus pandemic,” she said, vowing to advance towards the desired development confronting all the hurdles.

The Prime Minister said that the people are getting the services during the pandemic period as the Awami League is in power.

She added: “The Awami League has been working to change the fate of the people since assuming office after 21 years. We have proven that the country’s development is very much possible if the government is committed to work for the welfare of the masses.”

The PM urged the three newly elected district council chairmen to work for the welfare of the people being imbued with the ideology of Father of the Nation Bangabandhu Sheikh Mujibur Rahman.

She reminded the newly elected chairmen that the Awami League was founded by the Father of the Nation with an ideology to serve the people, saying, “So, you have to stand by the people with the mentality of serving them. You are taking oaths after winning the district council elections. Your duty is to serve the people and I believe that you will perform it accordingly.”

The premier asked the newly elected chairmen to keep a special eye on the overall development of their respective districts.

To this end, she said, the Father of the Nation took the power to the people after forming 60 districts bifurcating 19 old districts and appointed governors to those so that they could take their decision for ensuring overall development of their respective districts.
Mentioning that her government has been working to arrange homes for every landless and homeless people during the Mujib Borsho, the PM also asked the district council chairmen to look into the matter.

She said her government is committed to light every house before the golden jubilee celebration of the country’s independence in 2021 as 97 percent people have already been brought under the coverage of power.

She vowed to build a prosperous and developed Bangladesh free from hunger and poverty as dreamt by the Father of the Nation.

Earlier, the prime minister administered the oath of office to the newly-elected district council chairmen – Md Shamsul Haque of Faridpur, Munir Chowdhury of Madaripur and Mizbahur Rahman of Moulvibazar.

The by-elections to Faridpur, Madaripur and Moulovibazar district councils were held on October 20 last. 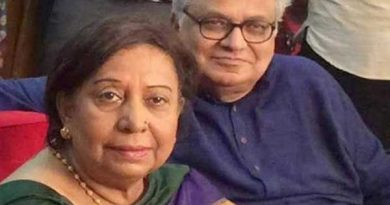 Taposh for closure of shops, business in DSCC areas by 8 pm