“Today is the 74th birthday of Bangabandhu’s daughter Sheikh Hasina. Her life is an episode of struggle. She (Sheikh Hasina) stays beside the people in every crisis, development, movement and achievement,” said Hasan, addressing a seminar at the auditorium of Jatiya Press Club (JPC) in the capital.

The information minister said the intriguers tried to kill incumbent Prime Minister Sheikh Hasina 19 times and they are still hatching conspiracies one after another to serve their ulterior motive.

He said Sheikh Hasina never got upset after returning from the death-valley every time, rather she (Sheikh Hasina) moved forward with more strength and courage.

“She has established democracy and the rights of people to vote. Bangladesh is now self-reliant in food and the country has been turned into a middle income nation from least developed one. Bangladesh is now a role model of development before the world. The example set up by Bangladesh in achieving socio-economic development is universally accepted and recognized today in the world community,” he added.

Terming Bangladesh as a role model before the world of women empowerment, the information minister said the Premier has ensured 33 percent seat for women in local government bodies. “None could think that women become chairmen, members of union parishads or mayors and councillors of municipalities or vice chairmen of upazilaparishads. It has been only possible for Prime Minister Sheikh Hasina,” he added.

He said women are now becoming police super, major general, justice of the Appellate Division of the Supreme Court, secretary and what not.

Prime Minister Sheikh Hasina becomes the main focus when she attends a meeting globally and the meeting get enlightened for her presence, he said. She (Sheikh Hasina) is not only the President of Awami League or Prime Minister of Bangladesh, she is now a world leader for her skill and far-sighted leadership of success, the information minister added.

He said the Premier has become the Champion of the Earth and Mother of Humanity and she achieved the honour for her apt leadership. “Today, on her birthday, we will pray that she will lead us for many years. And the country would reach its dream destination,” Hasan said.

Criticising the comments of Mirza Fakhrul Islam Alamgir, the information minister urged him to look back in 2001 as he tried to politicise the incident of Sylhet.

He said Shefali and an eight-year-old girl baby were gang raped for voting for AL in polls. ‘‘Ithink,he could remember those incidents when hundreds of women were gang raped during their regime. But BNP didn’t take any actions against the culprits,’’ he added.

The information minister said if anyone of our party did such heinous crime by using political identity, he would be expelled from the party and the government and the law enforcers would take actions.

Hasan said Prime Minister Sheikh Hasina clearly told that the criminals would be punished. ‘‘Our party general secretary also told about it and we also want criminals to be punished,’’ he added.

Later, the information minister unwrapped the cover of two books on Prime Minister Sheikh Hasina at the meeting room of his ministry at Secretariat here.

In the function Hasan paid rich tribute to Father of the Nation Bangabandhu Sheikh Mujibur Rahman and also congratulated Prime Minister Sheikh Hasina on her birthday. 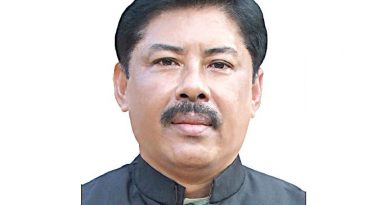