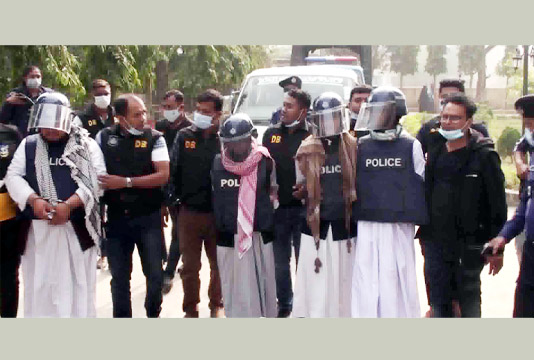 KUSHTIA, Dec 7, 2020 (BSS)- A court here has set the date for hearing the remand application of the four accused in a case of vandalism of an under construction Bangabandhu’s sculpture in Kushtia municipality tomorrow.

Police produced the accused before Kushtia court at 1:10 am today amidst strict security cordon.

Kushtia Model Police Station Officer in-charge Nishikanta Sarkar, who is investigating the case under the Special Powers Act, told BSS that the court had fixed the date for tomorrow’s hearing and directed to send the accused to the district jail.”

Initially, it was learned that Nahid and Mithun vandalized the sculpture with the provocation of the two arrested teachers, who were inspired by the statements of Maulana Mamunul Haque and Maulana Faizul Karim.

Police filed the remand petition to quiz the accused to find out the real culprit behind it.

Madrasa students Mithun and Nahid vandalized the sculpture of Bangabandhu at 5th intersection of Kushtia city with a hammer at 2:16 pm on Friday.

Al Amin and Yusuf Ali, teachers of the same Madrasa, were later arrested and charged in the case for their involvement in the incident. 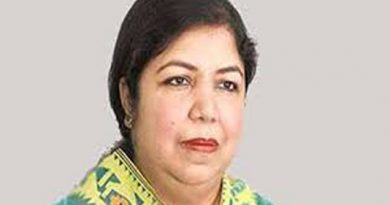 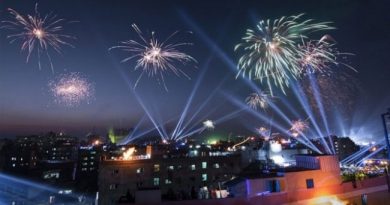