CHATTOGRAM, Nov 12, 2020 (BSS)-Home Minister Asaduzzaman Khan Kamal today warned that no pirates or bandits will be allowed to build safe shelters in the coastal areas of the country.

He made the remark while addressing an arms surrender function held on Banshkhali Adarsh High School playground this afternoon to mark the surrender of 34 pirates from the coastal areas of Chattogram and Cox’s Bazar districts after handing over 90 fire arms.

At that time, the pirates apologized for their past activities and expressed their determination to return to a normal life.

Speaking at the function the minister said that no pirates or bandits would be allowed to build safe shelters on the coast.

“We have elite force RAB, police, coast guard, if necessary BGB. You can escape by remaining fugitive, but you cannot build a haven in the coastal area of the country,” the minister added.

Warning pirates Kamal said “If you don’t surrender, you know what will happen after facing law enforcement agencies in future.”

The minister expressed his determination to root out the bandits on the coast.

“Those who have not yet surrendered should not think that nothing will happen to them. Whatever you are doing, we see all your activities and you cannot escape. Members of our law enforcement agencies are now more efficient and capable than ever before,” the minister added.

He said the people of the coastal areas were once held hostage by these pirates.
“Even if borrowed, the robbers had to pay the demanded money. The ransom was collected by keeping the fishermen detained.

So far, 328 pirates from various coasts have surrendered till now, he added.

The minister said that some financial assistance was initially given to the Sundarbans bandits to create self-employment. Regular contact is being maintained with them, he added.

Tofail Mostafa Sarwar, among others, spoke on the occasion. 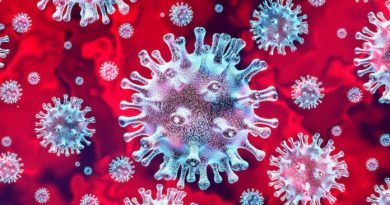