“BNP is taking part in the elections regularly to make the polls questionable. It is a game for them now. The BNP backed candidate in Dhaka-18 is not acceptable as this party-candidate is an outsider. The isolated-BNP makes baseless comments as BNP knows that the defeat is certain,” he said.

He said this while addressing a press conference regarding the by-elections of Dhaka-18, Sirajganj-1 constituencies at AL President Sheikh Hasina’s political office in city’s Dhanmondi area this evening.

Bahauddin Nasim said the BNP candidate in Dhaka is not a local one in the area and leaders and activists threw stones at the house of BNP secretary general Mirza Fakhrul Islam Alamgir for nominating this candidate.

He urged all voters to exercise their voting rights in a festive atmosphere to thwart anti-national conspiracies.

Nasim said, “We hope voters will go to the polls as far as possible.”

Mentioning that the mass upsurge has turned in favor of the AL backed-candidate, he said the AL candidate is a permanent resident of Uttara area and a long-tested political figure and a popular man. 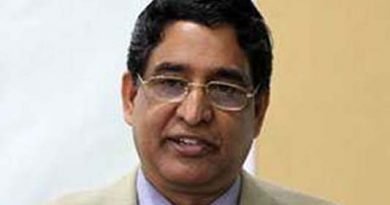 People are no more suffering from starvation : Dr Razzaque